As we all know, the United Arab Emirates’s opulent city of Dubai is a familiar holiday spot for many Britons the year round. And as an oil rich nation blessed with dazzling luxury, this important commercial hub offers everything that money has to offer including some of the best food places in the Arab world. The variety and choices are such that one really is spoiled for choice; and yes, we too were very much spoiled during our recent trip there.

While we had the privilege of sampling and enjoying many of Dubai’s culinary delights, we were also compelled to try as many of those sloppy, round packages of meat and cheese we call a burger for review purposes.

Now, to make things easier for you, we’ve decided to take a burger that was, and still is for those who have access to an all-halal branch, a familiar eat for so many of us, and that is McDonald’s Big Mac. By taking this as our benchmark and awarding it an average rating of 5, we’re hoping it’ll make things easier to more accurately gauge, at least by Dubai standards, the quality of the rest of the burgers reviewed below in comparison. :-)

And so in last place we have:

The Burger Joint (TBJ), and in spite of its boast of being the best burger in Dubai! Not only does it have the audacity in claiming to serve “mouthwatering gourmet burgers”, but also the “freshest and finest ingredients”, and that “every TBJ burger is a work of art”! At an eye watering Dhs 75, The Beast Burger was their show stopper, and the most expensive burger to be reviewed. With egg, bacon and chips (?) thrown in, we can proudly confirm that this was the first time (and God-willing last too unless we’re compelled by starvation) we’d allowed this monstrosity to pass down our gullet. You want it in a word? Hideous! Disparate; disjointed; incoherent! Unsurprisingly, it absolutely refused to come together. The sauce was basic ketchup; the chips were, it should go without saying, out of place; and the egg had no earthly place amongst this confused and jumbled assortment. Pathetic! The chicken burger fared no better. Hard chicken topped with… wait for it, a pickle?! The fries were basic. And with that, we’d recommend you save your wallet from taking a battering and avoid this place at all costs.

The Burger Joint – Atlantis The Palm

Why is this place so hyped up by some? How can dry, over done meat with a minute slither of something that’s supposed to represent mayonnaise, and a fried egg (under the patty) constitute good food (let alone a burger)? Who was it that conceived of such a thing? Yes, technically we know we did when building our burger, but isn’t the whole point of building one from a list of given ingredients supposed to work no matter what combo? Otherwise, what’s the point?

The picture speaks for itself really! And frankly, we don’t understand what some people see in this place – it sucks eggs! La Mode Cafe is “the leading organic cafe and coffee shop”, which doesn’t exactly specialise in burgers, but does offer a Hamburger with the choice of either beef or chicken. With a sweet, seeded bun, and standard ingredients that include bacon and mustard no less, this large burger was dry. But what it really lacked was some type of homemade sauce to really give it that much needed lift.

Must say though, cafes really should stick to what cafes are traditionally meant to serve!

Although the same size, Shake Shack’s Shake Stack rendition was quite unlike a Bic Mac in the sense that the cheese wasn’t found on top of the meat patty, but inside it. Unique, yes, but the ratio of stringy (as opposed to gooey) cheese in relation to the rest was far too much. The major drawback here was twofold: 1) without any significant sauce, each separate part, which included lettuce and tomato, remained exactly that, separate; 2) not only was the meat patty of average quality, but, to make matters worse, seemed to have been breadcrumbed before being deep fried for some bizarre reason (you can see how greasy it looks below). To top things off, their crinkle fries and watered down lemon cranberry drink were pretty poor too.

Although this is another joint that’s held in high regard, for us, this was probably the most disappointing of all the burgers tried perhaps owing to high expectations. The veggie burger was a little better, but only because of the addition of mushrooms to the cheese inside the patty. This branch of Shake Shack was found in Mall of the Emirates.

With four branches situated across Dubai, Texas Roadhouse is known more for its steaks than its burgers. And going by the 8oz Smokehouse Burger we sampled below, perhaps that might be a good thing because this particular one lacked any real depth of flavour. The reason? Again (and again, and again), the apparent lack of sauce necessary in bringing all the individual elements together as a whole. Despite the meat patty being served pretty well done, thus resulting in it being fairly dry, this was still, judging by our yard stick, a good burger.

In the grand scheme of things, however, pretty average, with definite room for improvement. With a rating of 7, we’re now entering the business end of things because while all of the above, including the so-called gourmet burgers, have, on the whole, disappointed, Elevation Burger definitely pleased. This bona fide fast food establishment doesn’t claim to be gourmet, but we’d be damned if we don’t say it doesn’t come close. In essence, it was that one single factor so conspicuously absent in most, if not all, of the aforementioned which made this a success – you guessed it: a sufficient quantity of sauce. Coupled with a patty that was made from 100% organic grass-fed beef, and a delicious soft bun a la McDonald’s, this certainly turned out to be the surprise package. This US brand comes with quite the reputation, as well as a host of awards for their achievements; so, yes, we had high expectations. But, unlike Shake Shack, this didn’t flatter to deceive.

As you can see, you have 15 toppings to create your cheese burger; and we went all in! :-) Thank goodness we did too because despite the daunting number of ingredients added, this came together so beautifully! Here we had a really well cooked beef patty, grilled onions and mushrooms, with perfectly sliced thin pickles, which, along with everything else, literally made this a superior and jumbo-sized version of the Big Mac.

The only thing letting this burger down somewhat was the bun, which was far too soft and, thus, fell apart half way through (could be because of the tin foil this is wrapped up in, which, while certainly keeping it warm, will also create moisture that’ll inevitably be absorbed by the bun). Currently only the one branch found in the Dubai Mall.

Perry & Blackwelder’s (P&B) claims to be “a brand new dining concept” located in Souk Madinat Jumeirah (next to Burj Al Arab), which “tak[es its] inspiration from every bit of Deep South BBQ heritage”, and brings Dubai “its first ever, original smokehouse”. With an interior like this, it certainly caught our eye! At a hefty £17, this big baby came with a couple of superb fries and in-house coleslaw. All three were so well made, however, that it made the meal worth every dirham. Despite receiving a medium well as opposed to a medium cooked patty as ordered, this was still sufficiently succulent enough to taste every bit of the 10ozs of meat and fried red onions. The only downside was the BBQ sauce, or rather lack of it. Now, although under normal circumstances a lack of sauce usually detracts from the overall quality of a burger, because of the size and succulency of said patty, this one got away with it. Unfortunately, what didn’t get away from our probing taste buds was the bun. Not only was it over-sized even for this burger, but also tasted as though it was stale around the edges!

And so we come to our last Dubai Burger Battles review, and to BurgerFuel – a business that has 14 branches across the country, and a fast food place that produces burgers of immense quality. For only 40 dirhams, you’re going to be presented with a whopper of a burger whose patty is made from grass-fed New Zealand beef, topped with beautifully cooked juicy strips of bacon, beetroot, naturally aged cheddar, and a mango slice. But don’t let the mango slice put you off. It may sound out of place, but believe you us, it elevated the flavours of this burger to another level giving it a very satisfying sweet taste running through the background.

Our only recommendation to them would be to add a tad more BurgerFuel sauce to really make this sing those high notes. And that’s that with our top 10 Dubai burgers.

We know that our list will be controversial to some, but that’s the whole point in presenting this – to create dialogue and interaction. So let us know exactly what you think by commenting below. But please, don’t come with ‘Fat Burger is the best’ because we’ll IP block you for blasphemy. 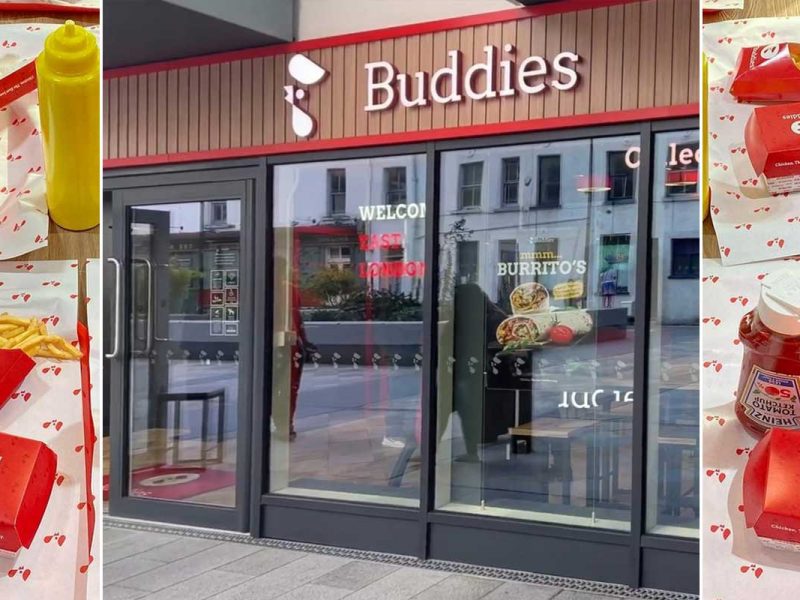