But hurry, up to 20% off discount is available for a short time only. To grab your discount voucher, simply:

Then Contact Us with: 1) email address, 2) screenshot attachment of the share, and we’ll email your exclusive discount voucher (be sure to check your spam/junk folder just in case). T&Cs Apply: 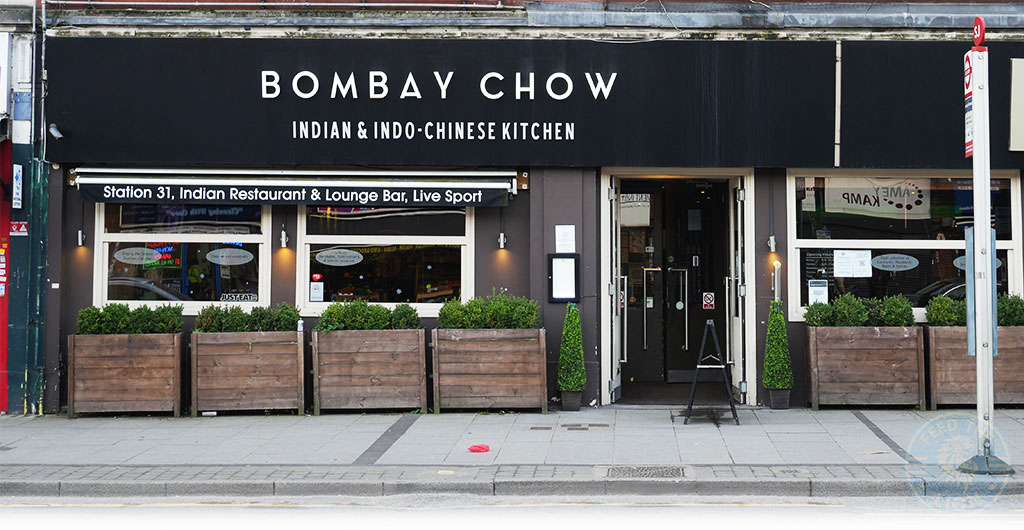 With restaurants across the country having reopened for the big dine-in, Bombay Chow has been hard at work giving its place an impressive face-lift in west London. 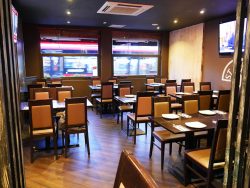 Out with the old…

Located around the corner to Wembley Stadium on Harrow Road, this 64-cover Indian & Indo-Chinese eatery boasts quite the pedigree.

Not only is this their second venue (the first being in Hammersmith), but the owners behind this brand are also behind #FtLionAwards 2019 Restaurant of the Year, Fatt Pundit in London Soho, of whom we said at the time: “There aren’t many restaurants that present Indo-Chinese cuisine, i.e. ‘the taste of Tangra’, as excitingly as this recently launched establishment, where they consistently wowed us, with virtually no weak dish to speak of, to go on and also win Best Newcomer and Best Veggie (Crackling Spinach) [awards].” 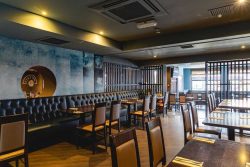 …in with the new!

With a range of Indo-Chinese (Hakka) dishes of their own, as well as the more familiar regional ones found across India, you can imagine both our excitement and expectation going in.

While Bombay Chow does have a bar area, the restaurant itself is situated in an entirely separate section, thanks to a renovation effort that took place during the recent lockdown.

It’s incredible what a fresh lick of paint, a clean colour scheme, and new upholstery can do to a place.

You can now enjoy their fully Halal food menu at Bombay Chow 2.0! 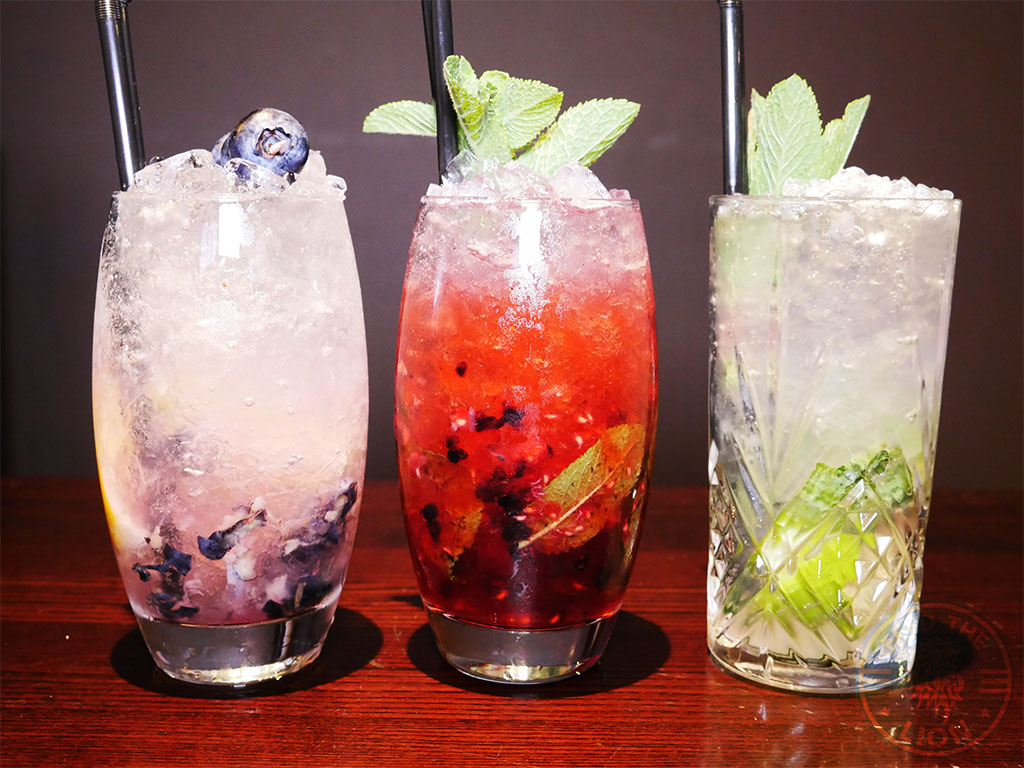 In spite of all the crushed ice, these mojitos managed to deliver the flavours they promised; though some more so than others. Created at the discretion of the mixologist, the best was the Bombay Blue, whose gentle tartness of the blueberry was nicely offset by a light nectar aftertaste we couldn’t get enough off.

While the sweetness of the Virgin Mojito came through more strongly than the lime and mint, the Virgin Fresh Berry Mojito’s blackberry wasn’t quite as strong in complimenting the suggestion of mint therein. 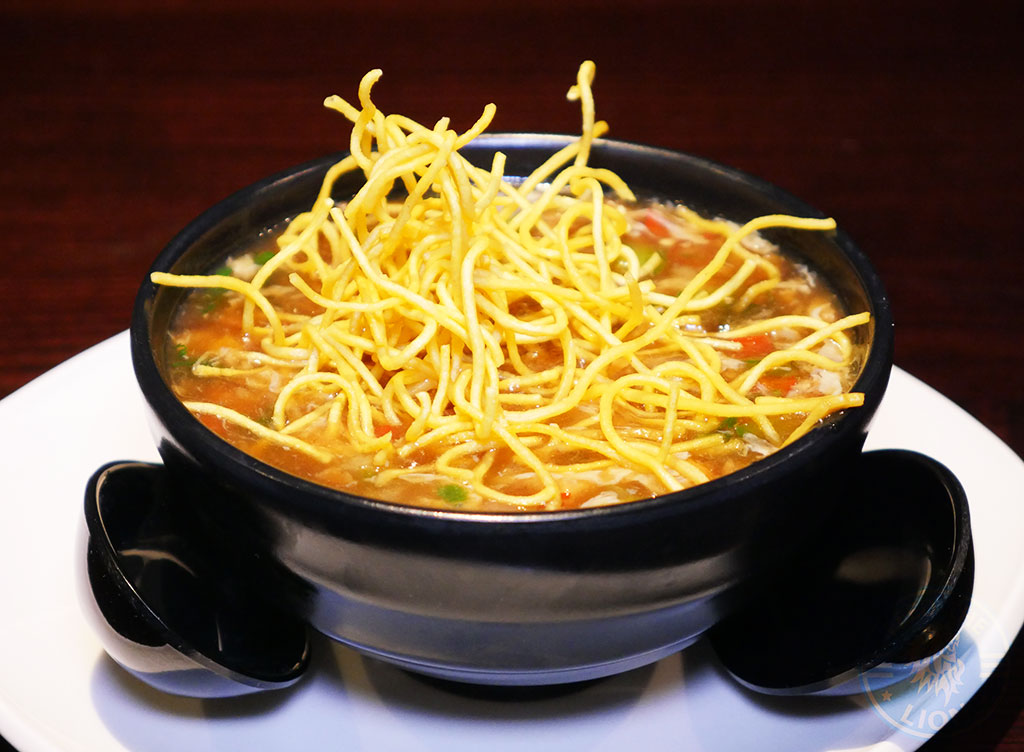 Tender small chunks of chicken and plenty of diced carrots and tomatoes assured that this rich and buttery Manchow Soup had good body to it.

With plenty of pepper, assuring heat, and copious crispy noodles, assuring some textural contrast, this is the type of soup you’d want to start off proceedings with during this current atypically chilly May. 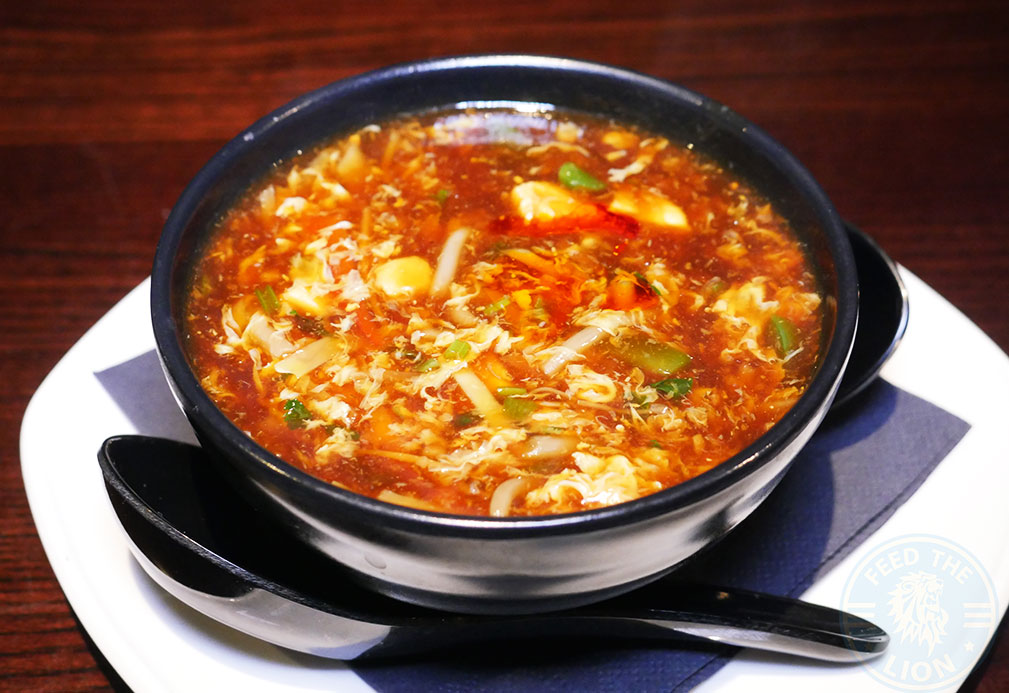 Of the two, however, it will be this wonderfully balanced Hot ‘n’ Sour Soup that’ll have you rhythmically slurping down, one joyful spoon after another, in gleeful bliss.

The body to this smooth and velvety bowl of soup was made true by the combination of the chicken being shredded somewhat, along with the red and green peppers, bean sprouts, and carrots.

But it was the sour edge of the soy vinegar, juxtaposed with the semi-fierce heat of the chilli oil, that lingered pleasantly on the palate thereafter. 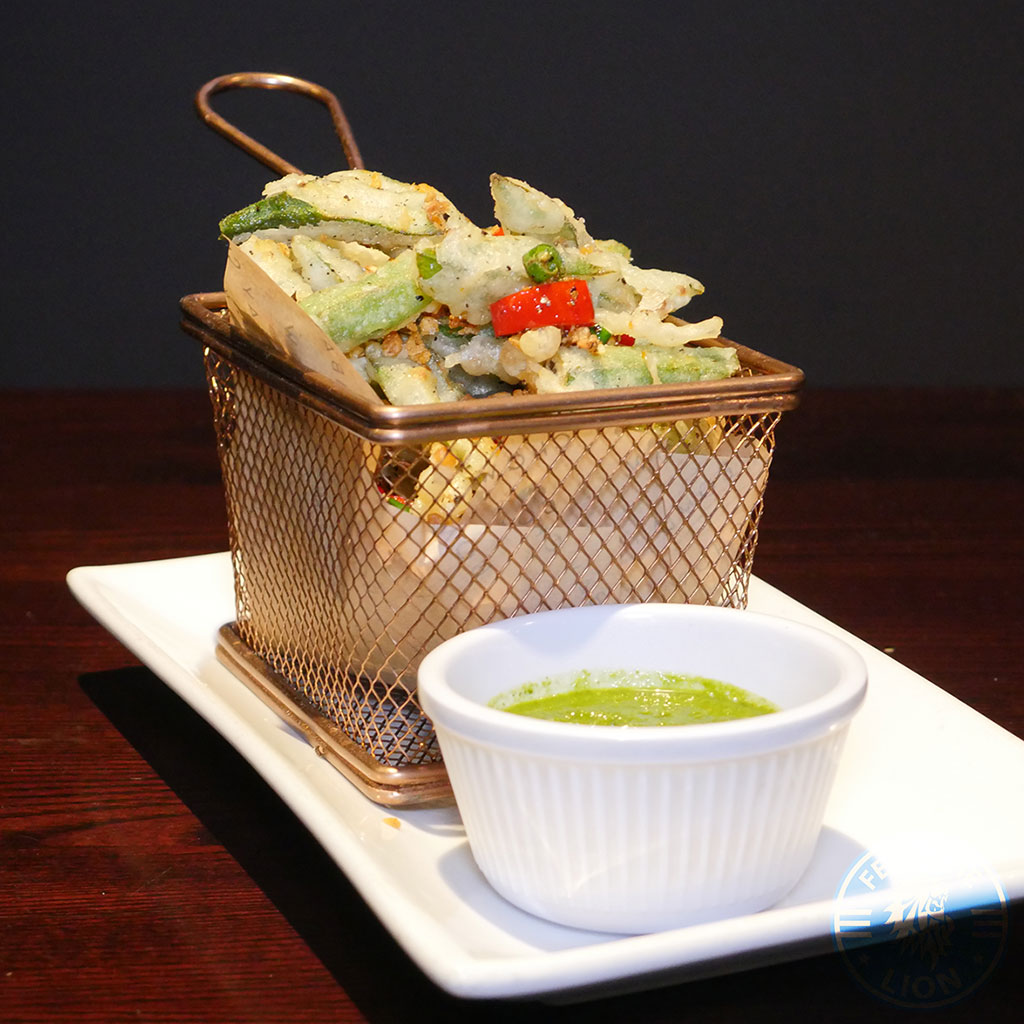 What an absolute cracking little starter (and in more ways than one) this rustic Crispy Salt N Pepper Okra turned out to be.

Uber crispy, with diced red and green chillis providing background heat, the sea salt and pepper made this one of the best starters of the evening. 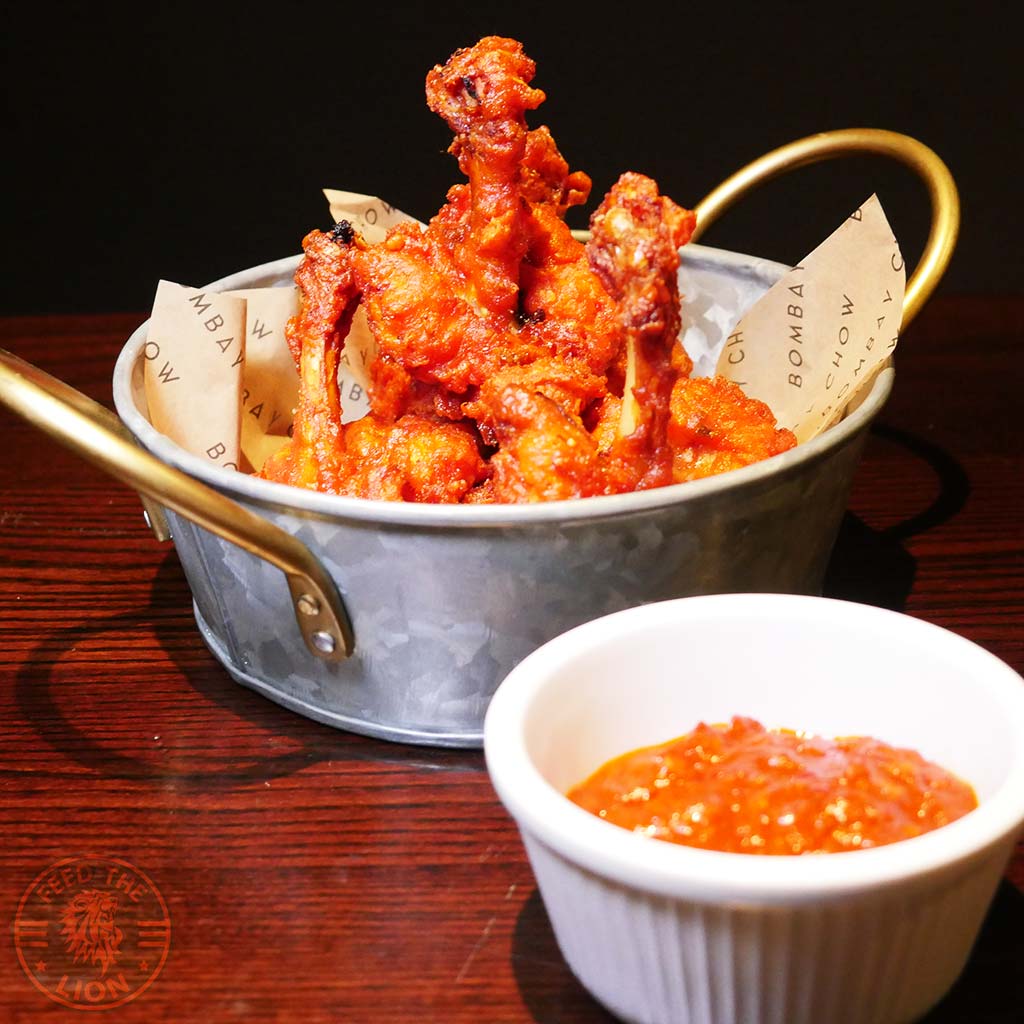 Whatever the secret is behind the chef’s spice mix, long may it continue, because these Chicken Lollipops were as good as the ones we enjoyed at Fatt Pundit all those moons ago.

Boasting a flaky-cum-crispy battered exterior, the flesh beneath was ultra soft and tender, with the gentle heat of the spice mixture having an almost sweet aftertaste. Superb! 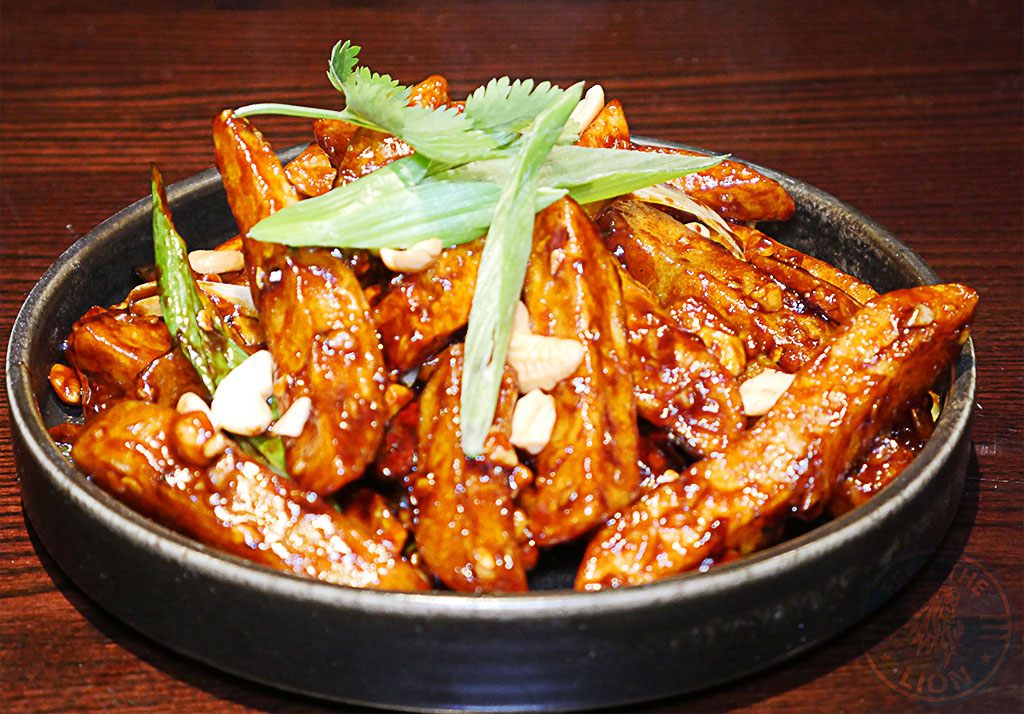 Kung Pao Potato is one of those dishes, we were told, which, due to its unfamiliarity, many people tend to overlook; and therefore never come to realise how good it really is.

What a pity, since we can categorically confirm that what makes this more than just good, is how the thick chips managed to retain a relatively crispy exterior despite being enveloped in a gorgeously thick and caramelised, smoky-cum-spicy tomato sauce, which ultimately made all the difference.

We also appreciated the specks of garlic and crushed cashew nuts sprinkled over the top in providing that extra dimension. 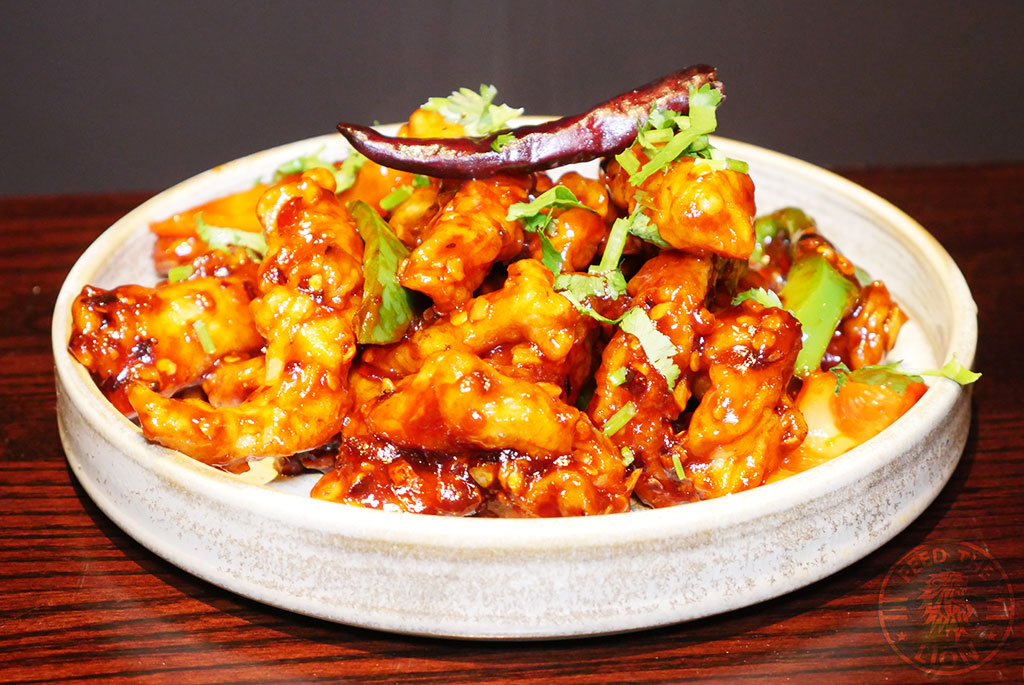 Although this Tai Pai Chicken was a decent one, it didn’t quite deliver on the depth of flavours we were expecting; and so failed to have the same impact as the other dishes in this section.

Being served on the firmer more chewier side, which we enjoyed, its viscous marinade wasn’t as smoky as we’d have preferred, with nothing more to help mask what was otherwise a strong peppery base, whose heat lingered uncomfortably at the back of the throat. This could have been so much more had it been better executed. 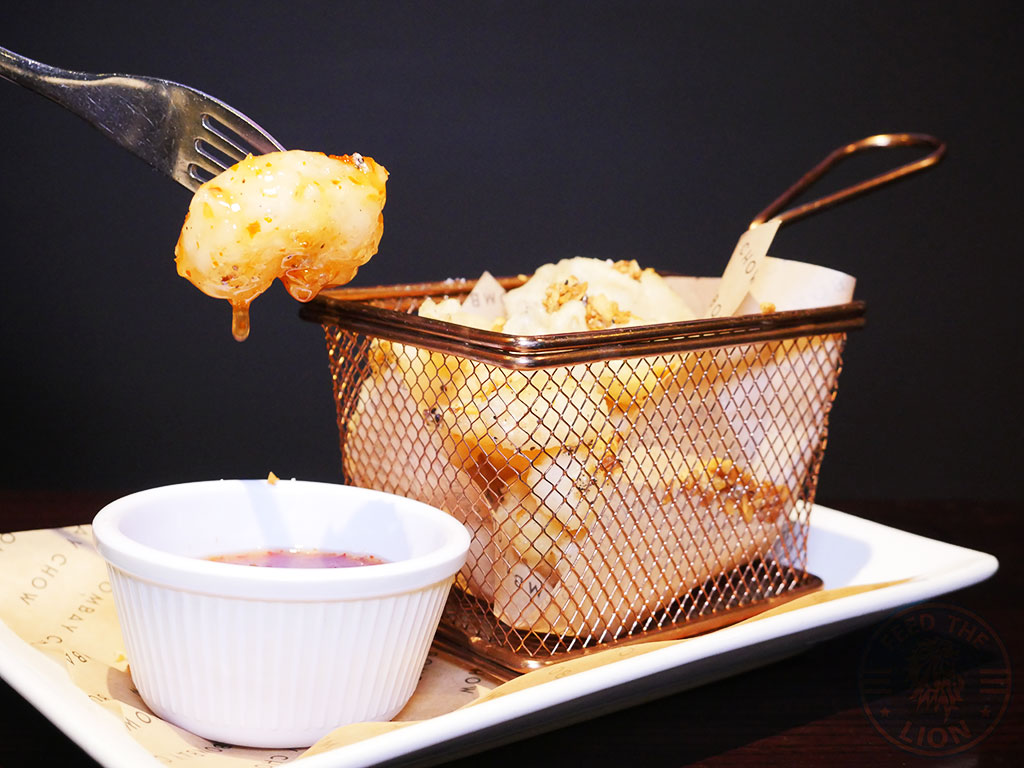 With such plump, juicy and succulent crustaceans covered in a light and airy batter, which had a touch of chewiness to it, these Pepper Garlic Prawns were always going to impress.

The interplay between the salt and pepper, coupled with a hint of heat, made these an addictive eat. 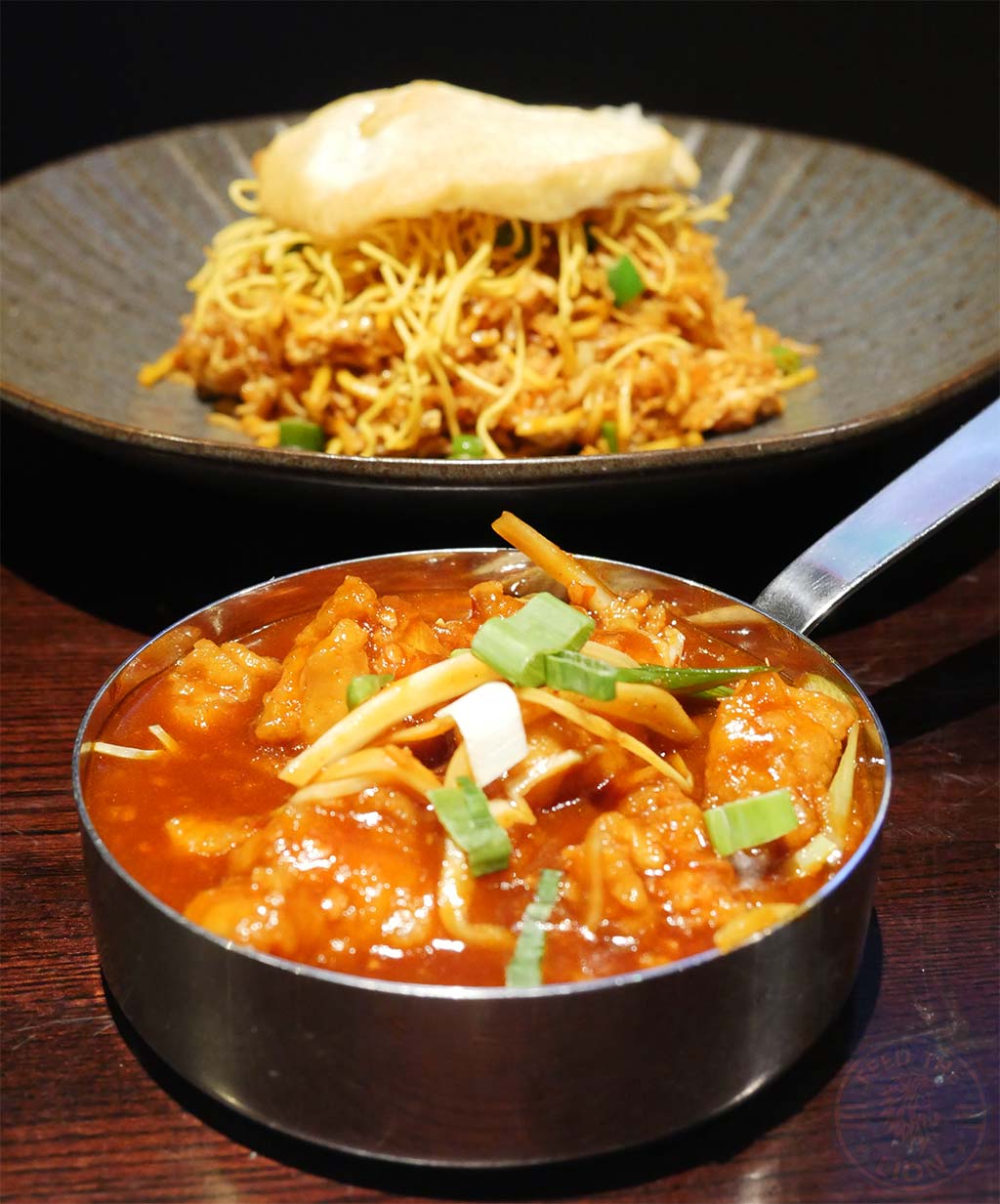 The Triple Szechuan is ubiquitous in that “everyone serves this dish – from street stalls to five star hotels”, Bombay Chow confirmed.

With a Szechuan sauce, that’s mellow in both its spice and level of heat, we can understand why this would appeal to such a broad spectrum of diners, thus, making it one of Bombay Chow’s best sellers.

While we enjoyed the sauce’s velvety consistency, as well as the subtle smoky-sweetness of the onions therein, the tender strips of fried chicken, the accompanying fried rice topped with plentiful strands of crunchy noodles, and an omellete, the entire dish was pleasant enough without being anything spectacular. Worth a punt though if you’ve never experienced it before, especially if you’re seeking after something less spicy and more mellow all round. 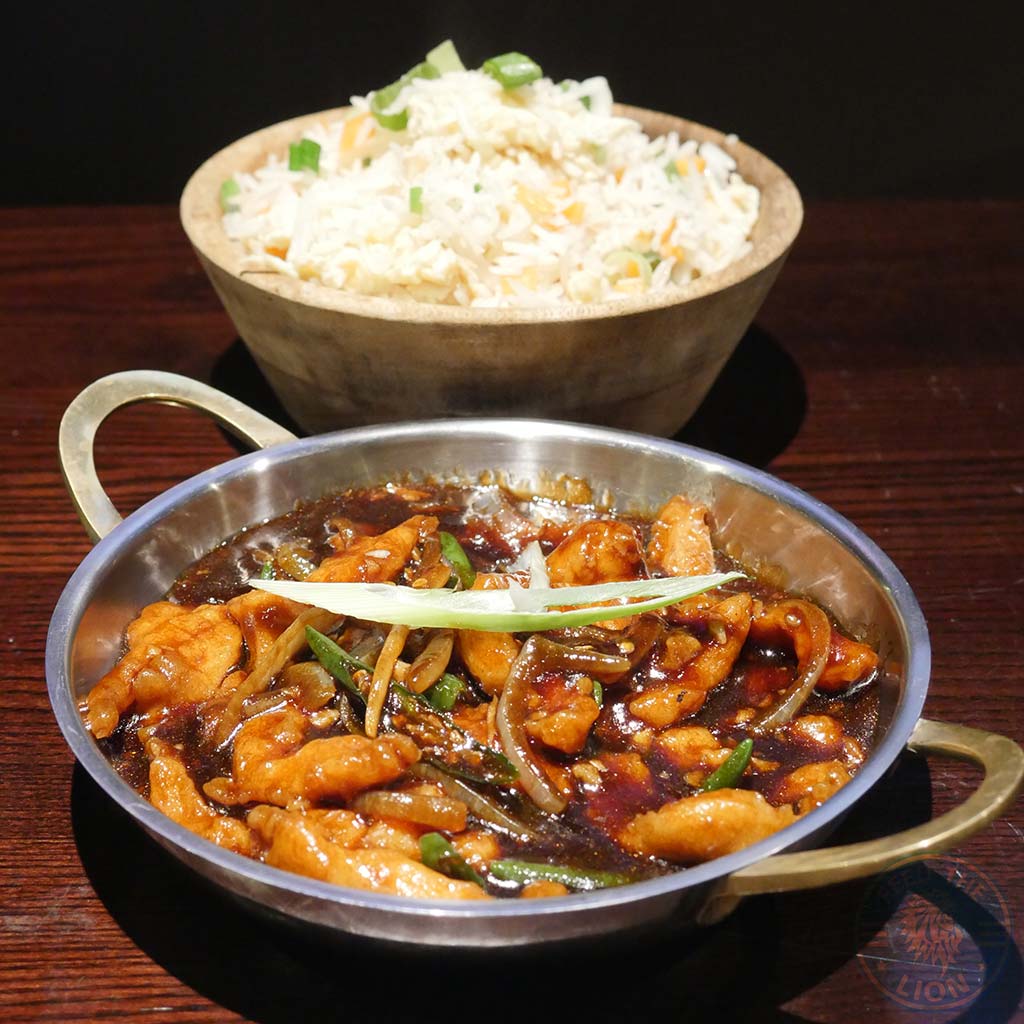 With a gravy as shiny and as inviting as this, we were expecting this Chilli Chicken to deliver far more on the depth of smoky aroma and taste than we got.

And though the sauce did have a good body to it, with the nibblets of fried chicken again cooked bang on, and the slithers of green chilli ensuring heat, there wasn’t much else to what was otherwise a fairly uniform dish, in spite of the fragrant rice accompanying it. 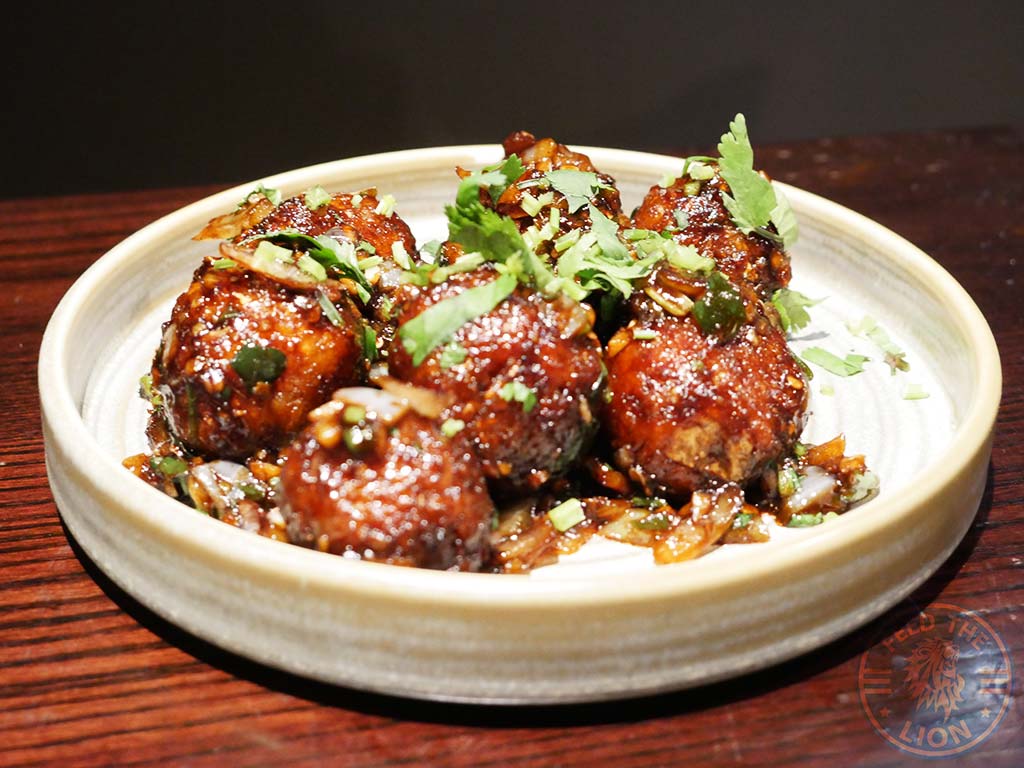 This unassuming plate of Veg Manchurian, on the other hand, turned out to be an absolute revelation.

Here we had around half-a-dozen soft and spongy balls enveloped in a rich, smoky and spicy, sticky glaze which we couldn’t get enough of. An absolute delight! 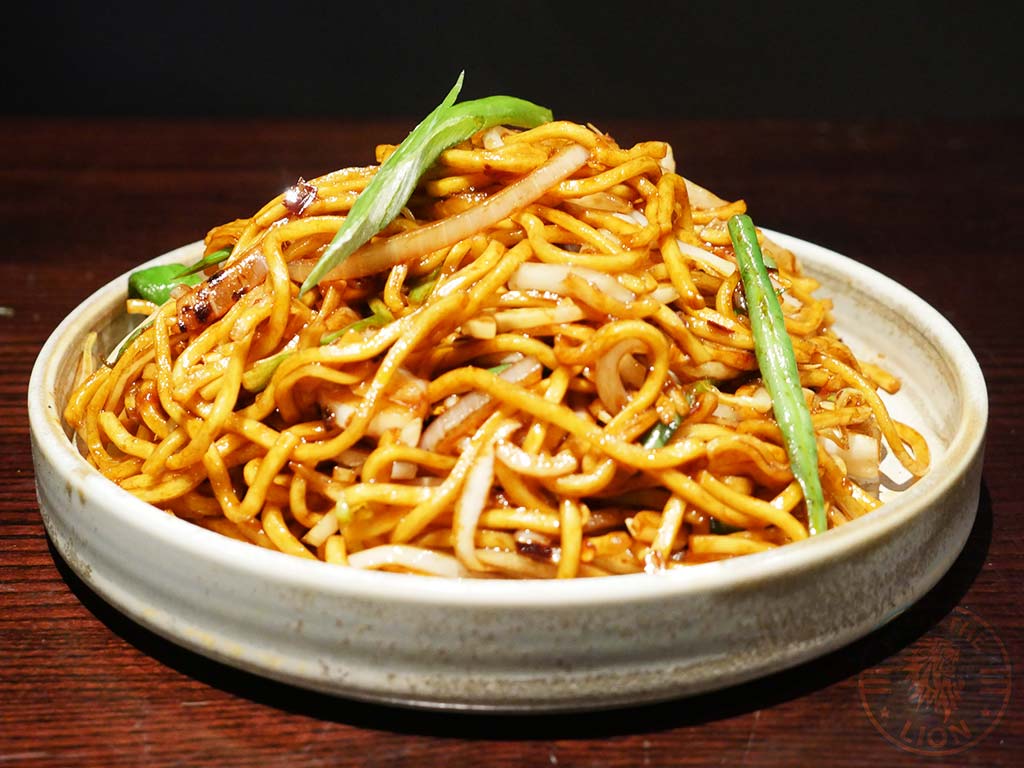 A vegetable dish which, while decent enough, just needed two things: more of that mildly flavoured Szechuan sauce to bring those noodles together; and more heat-of-the-wok to really impart that smoky undertone into these Vegetable Szechuan Noodles. 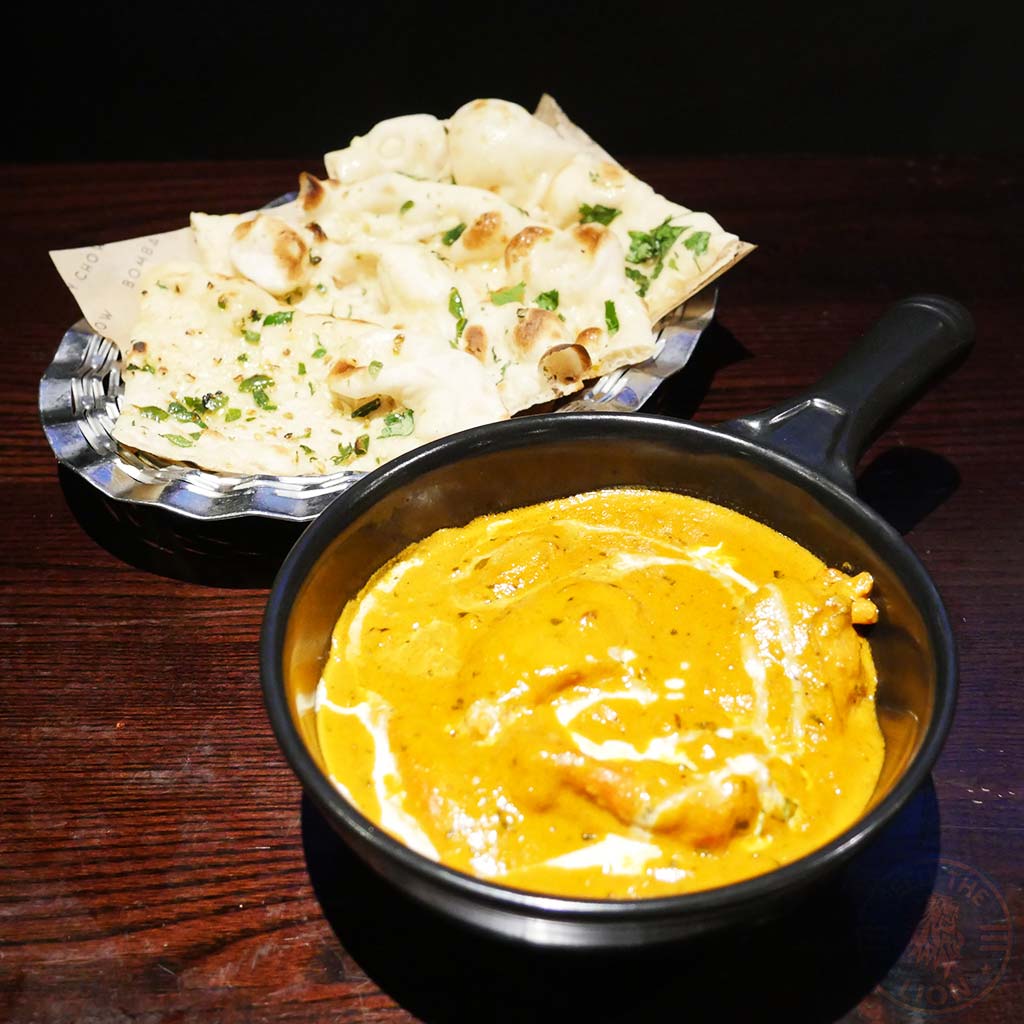 Using the “Bombay style” of cooking, this turned out to be an interesting take on the Murgh Makhni, and a challenging one too.

Appearing to be coconut-based, Bombay Chow’s version had a sauce that was thicker and more textured than the traditional Punjabi-style butter chicken one might be familiar with. The coconut might also explain the quintessential flavour of tomato being lost in translation.

Nevertheless, if you’re looking for an off-kilter curry, or if you enjoy yours medium in heat, then this is one to compare and contrast to the Murgh Makhnis ubiquitously served across the capital. 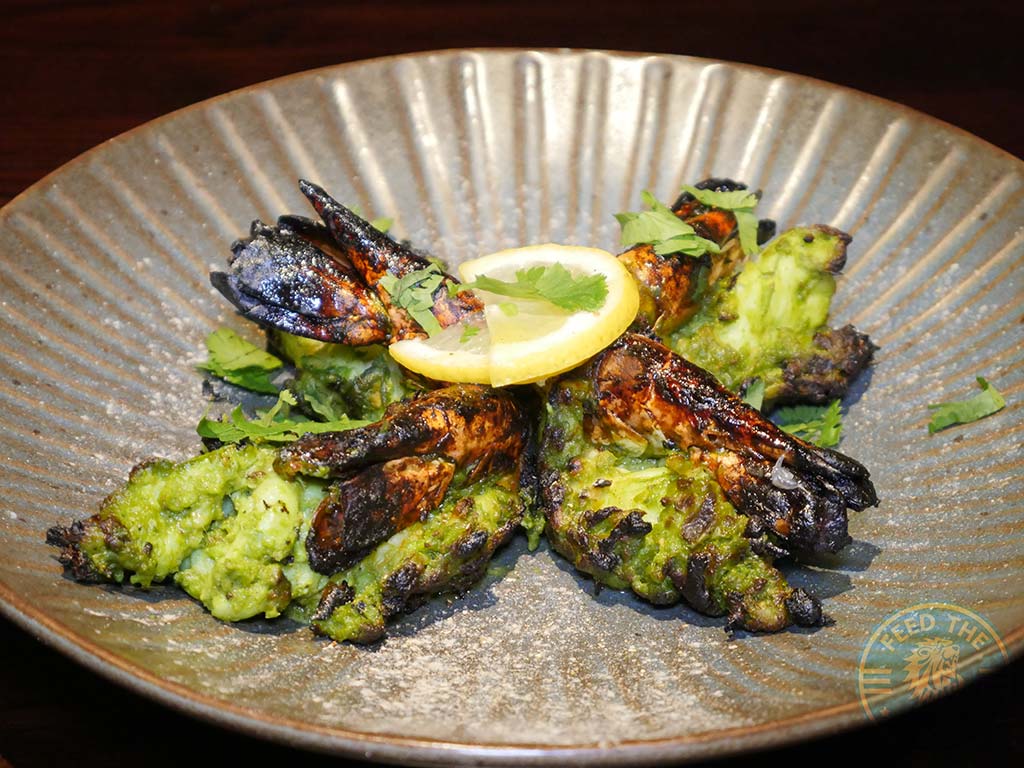 Hara Masala Tandoori Prawns – Tiger Prawns marinated in a coriander and basil marinade and char grilled in the tandoor, £15.50

A thoroughly satisfying plate Hara Masala Tandoori Prawns, and huge ones at that, which were generously coated in a vibrantly green (‘hara’ meaning ‘green’ in Hindi) coriander and basil marinade.

Cooked in the tandoor to give it a chargrilled finish and that smoky aftertaste, the prawns themselves were utterly, nay, butterly soft, and thus a delicious eat. 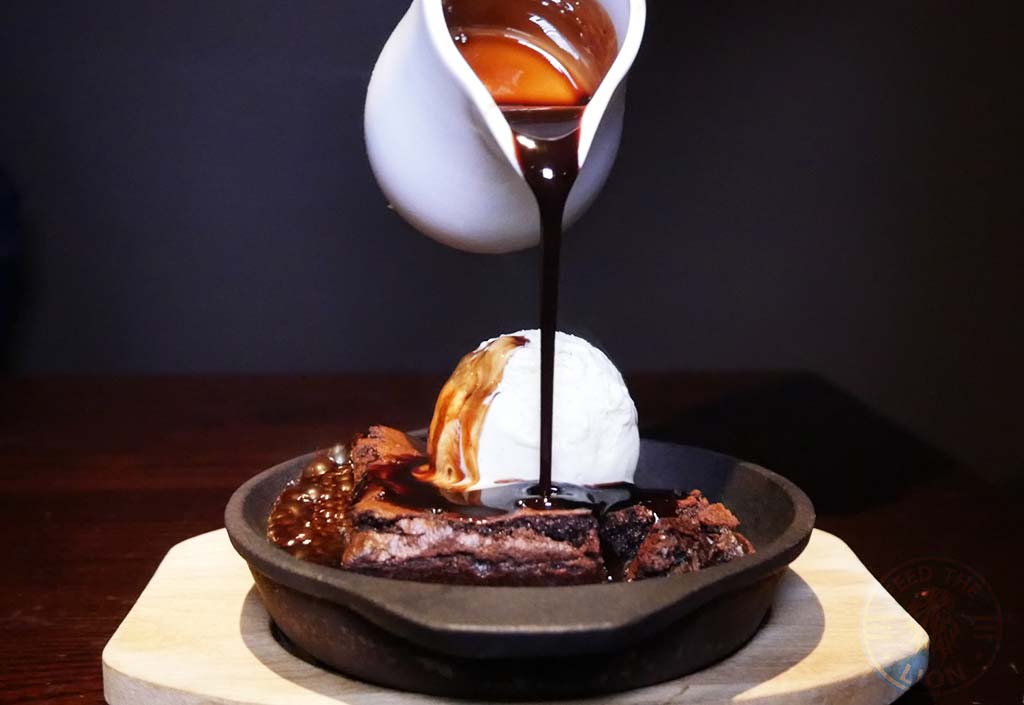 You simply cannot go wrong with a Sizzling Brownie can you? Served across restaurants in Mumbai, this is an dangerously indulgent calorific treat.

Served in an ultra-hot skillet is a soft chocolatey brownie, topped with a scoop of Madagascan vanilla ice cream, that’s then brought alive by the pouring of a jug of molten hot choco sauce.

Plenty of sizzle; plenty of heat; plenty of drama – the perfect end to an evening meal at Bombay Chow.

THE ROAR
Bombay Chow
4 FTL's Roar
2.6 Pride's Roar (6 Roars)
Alcohol/ Pork?
FSA HYGIENE RATING
Last Checked: 18/05/2021
Facilities
Summary
With the good folks of FtLionAwards 2019 Restaurant of the Year, Fatt Pundit, behind Bombay Chow, this was always going to be a strong review. And so it proved.

Although the latter offers a menu that's more expansive than the former's, with dishes that extend beyond just Indo-Chinese, therein lies both its strength and, to some degree, its weakness. Similar to Fatt Pundit, Bombay Chow absolutely shines when showcasing the Hakka side of its menu, with some exceptionally well-executed dishes, all full of flavour and flair, you simply will not find at many other Indian restaurants. Yet, whilst the rest of the more traditional menu is good, it isn't quite at the same level as its counterpart. Nevertheless, Bombay Chow should be your first choice of destination for Indo-Chinese in the area of Wembley, it's that good.

While the venue has only just completed an impressive renovation, there should be no excuse for you not to visit when learning that we've teamed up with them to offer our readers a generous 20% off the entire menu. 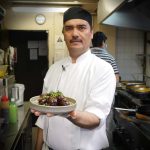 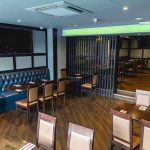 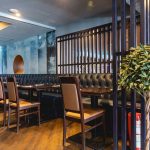 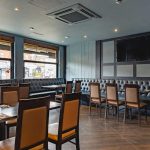 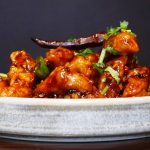