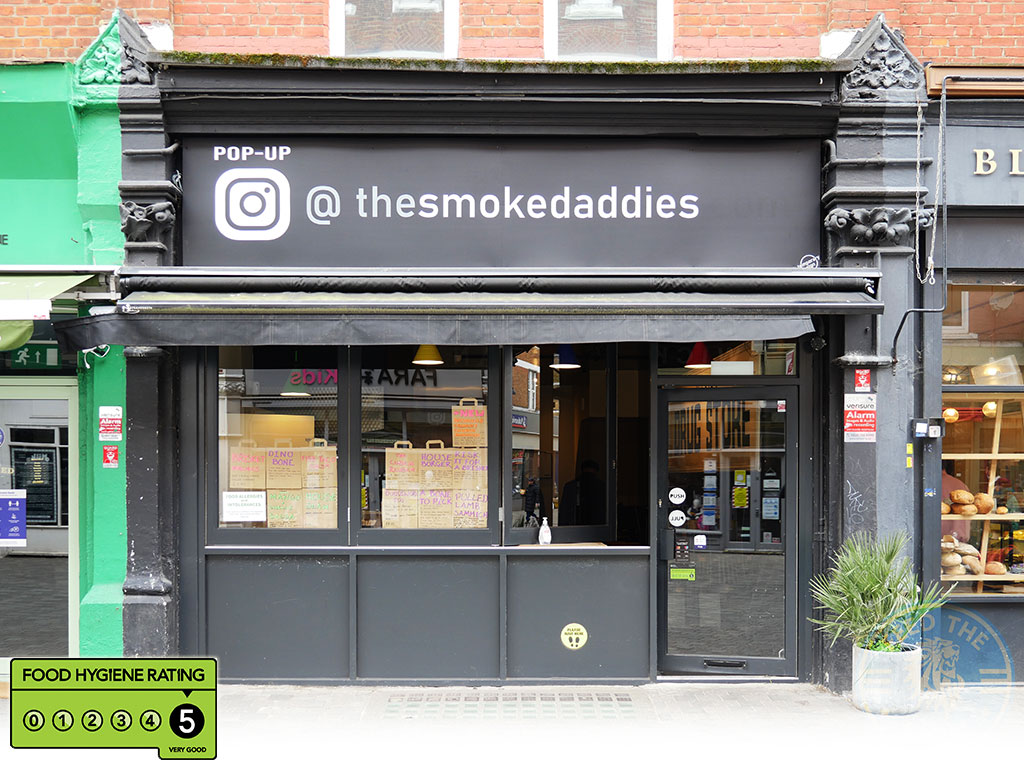 When we reported on the opening of Smoke Daddies in south London’s Balham last year in December, we were told that their stay as a pop-up would “all [be] dependent on the reaction of our customers” 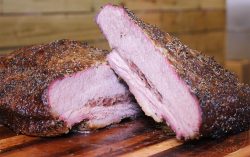 Four months on, and with a full refurbishment of the premises on the horizon, it appears that the folks of Balham have already given their verdict.

And with FtLion invited down to provide their take on a menu that’s been inspired by the BBQ Pitmasters of America, this new brand is now looking to stamp its mark on the Halal culinary scene.

With Hildreth Street being the location of not just their restaurant, but also that of Hildreth Street Market, Smoke Daddies have, of course, taken full advantage of the outdoor seating rule brought in by the government to coincide with the start of Ramadan.

In any case, lockdown has had an adverse effect on the menu they initially introduced. As with most restaurants across the country, these guys too have had to make some financial adjustments, with the regretable excision of their very well received Wagyu burgers being the biggest victim.

But, all it should take in getting past such a travesty, is a cursory glance at their new and improved menu, and the number of incredibly exciting items just waiting to be devoured.

Smoke Daddies aren’t looking to take any prisoners either with their fully Halal certified meat, such as their USDA beef brisket, sourced from places as far afield as America and Canada.

In order to procure the highest quality for their exacting standards, there simply is no room or option for mediocrity that comes with Halal certified meat immediately available here in England.

Now, if you bear in mind that the trio behind this venture risked it all to open their business during these turbulent times, such bravery and dedication simply cannot be better demonstrated than achieving a perfect 5-star hygiene rating within just 4-months of launching. 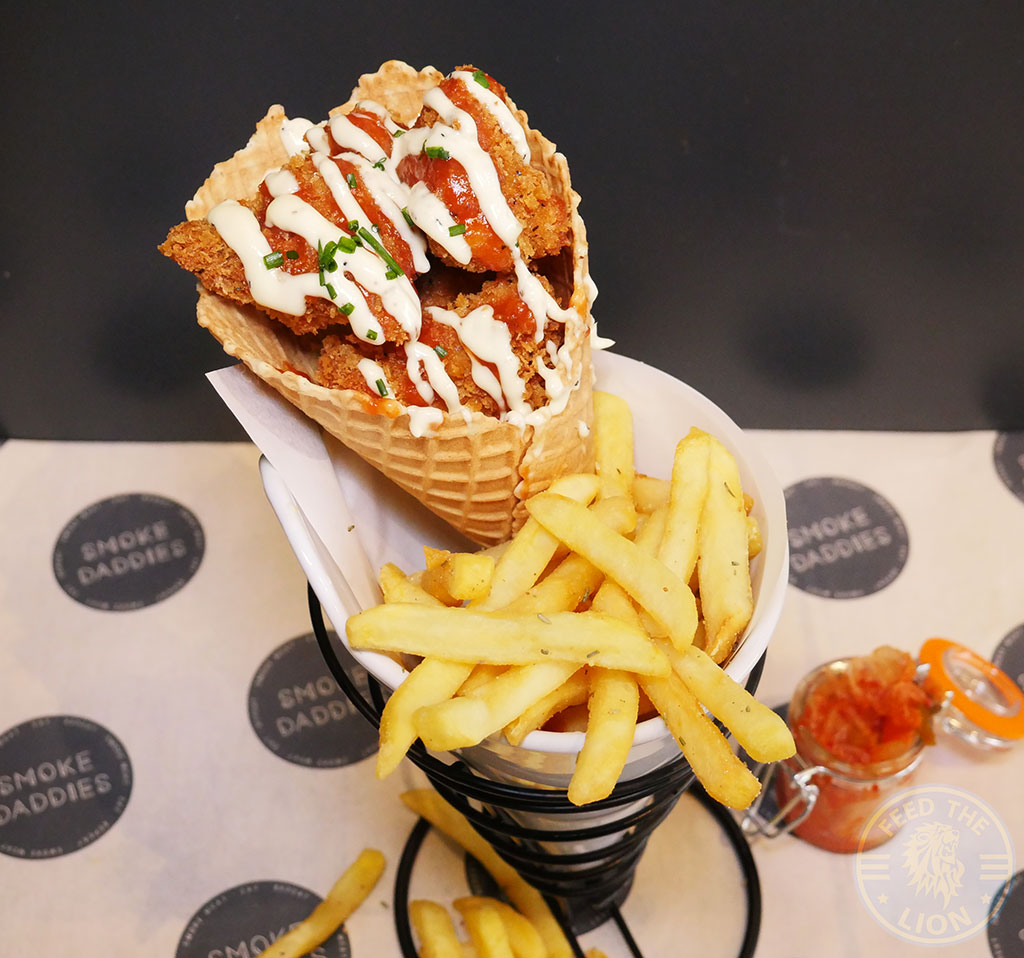 As part of their improved menu, sections of which we had the privilege of trying in this review, is their take on the American classic chicken and waffles. 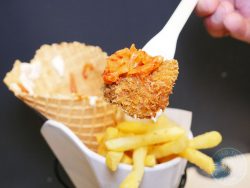 In this case, their Kickin’ Chicken & Waffle Cone was certainly a unique one, with the traditional waffle bread replaced by a wafer cone, which was large enough to smartly house dainty mouthfuls of crispy chicken nuggets.

Served with a portion of beautifully crispy rosemary fries, these golden breaded pieces were ever so succulent, with the semi-translucent flakes of chicken so soft and succulent that you’d be forgiven for mistaking these for a type of firm fish.

We also enjoyed the accompanying pot of Korean fermented salad called kimchi, which provided that little tangy edge with every bite.

Wasn’t too sure what to do with the remaining remnants of the cone, however, other than to finish it with the kimchi.

Certainly a different take and one which they’ve managed to pull off quite well. 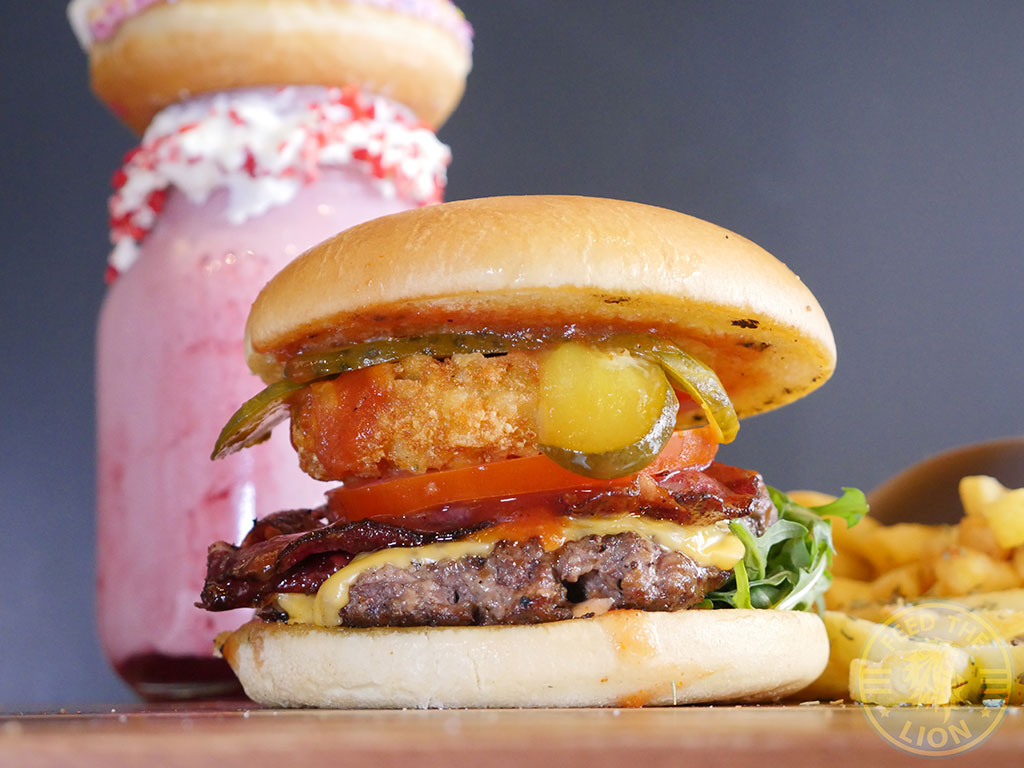 While this may, at first, appear to be a simple one, you soon come to realise that everything in this House Burger has its part to play in delivering a surprisingly sophisticated flavour profile.

Opting for a light and airy brioche bun that’s patiently steamed and toasted before being buttered, Smoke Daddies don’t pull any punches either when it comes to preparation and detail. They even pickle their own cucumbers and make their range of inhouse sauces.

This burger is their take on the smash burger trend that’s recently gripped the UK’s Halal burger scene, with the umami-richness of the beef patty expertly complimented by the strips of glazed beef bacon, whose deeply satisfying smoky undertone is well tempered by the light tanginess of the pickles, the gentle heat of the spicy sauce, and the peppery hint courtesy of the rocket leaves beneath.

We also appreciated the textures here too, with a fairly thick hash brown patty, which boasted a light, crispy exterior and a soft potato interior, as the driving force here. In the end, a well conceived and executed burger which we thoroughly enjoyed. 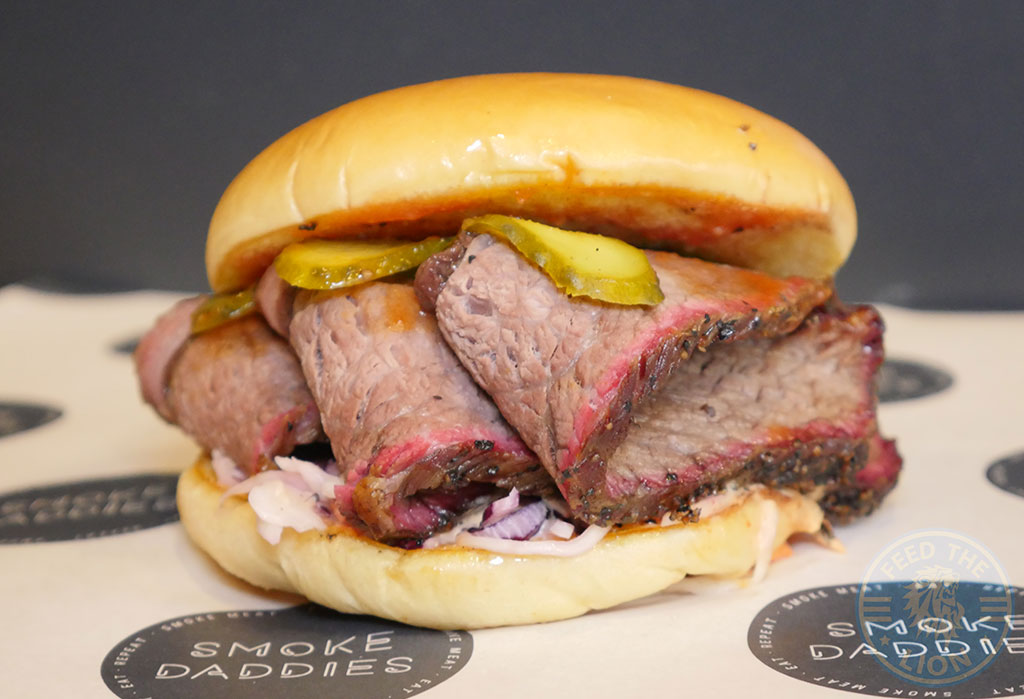 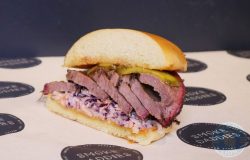 This is where we get our incisors into the business end of things, starting with their quirkly-named Risk It For A Brisket, which signifies the risk one would’ve taken during the first lockdown, when this was first introduced, in venturing out to satiate your brisket cravings.

Smoked on hickory wood and cooked on a low heat for between 14-16 hours (brisket-size dependent), we were presented with a type of burger that you simply will not readily find precisely because of the prep time involved.

With a pink, sexy smoke-ring visible around the perimeter followed by a thin layer of fat allowed to remain after a successful rendering process, all this burger’s relatively tender slithers of meat required was complementation, which, in this case, was done well enough with a finely textured coleslaw base, zingy pickles, and their Sausome (a contraction of the words ‘sauce’ and ‘awesome’) sauce. 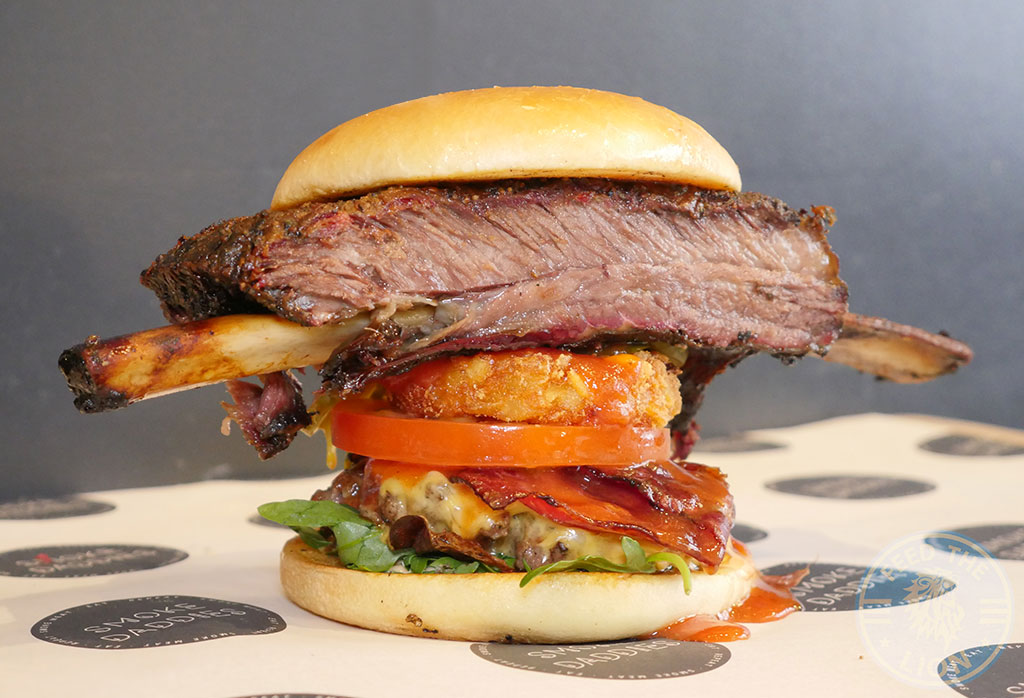 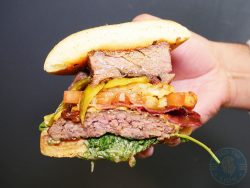 But it was this extraordinary A Bone To Pick, which is essentially their House Burger topped with a huge dino bone, that entirely enthralled us.

Given its minimum 10-hour cooking process, pulling out the bone from this single beef short-rib was simplicity itself, making this an Instagrammer’s wet dream.

We found three ways of eating this: 1) you can either extend your mandibles and get stuck into a bite that’ll have your eyeballs rolling back in meat-induced ecstasy; 2) removing and taking a bite of the rib followed by one of the burger; 3) or more boringly, enjoying them as two separate meals.

But, since you’re paying a bargain £17.50 and if you have big mouths like us, we’d recommend option one. Otherwise, number two it is. 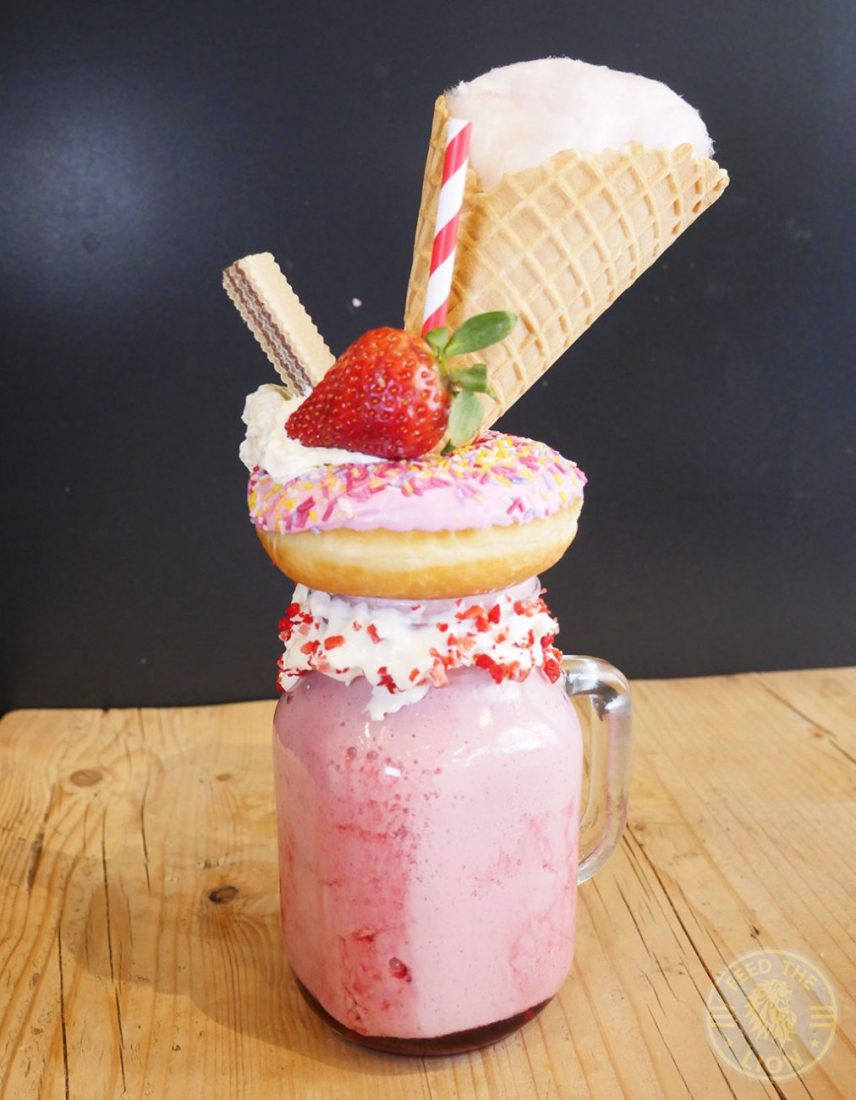 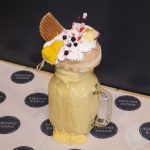 Here’s more new additions to their menu (so new that they have still to decide on a fixed price) with the introduction of what they call Shakesserts; a range of freshly-made donut-oriented freak shakes which, we were told, is the result of weeks of careful planning and preparation.

While going for the Strawberry and the Mango versions, the former was more attractively presented than the latter; though both were deliciously thick and creamy, with the flavours coming through well and true.

What this further demonstrates is the efforts to which Smoke Daddies have gone to in order to ensure that all aspects of their newest menu reach the highest standards they can achieve.

THE ROAR
Smoke Daddies
4.5 FTL's Roar
4.5 Pride's Roar (4 Roars)
Alcohol/ Pork?
FSA HYGIENE RATING
Last Checked: 14/04/2021
Facilities
Summary
There's an obvious reason why you'll seldom find restaurants, let alone Halal ones, dedicated to serving a menu that revolves around the smoking of meat. The effort it takes in sourcing quality meat before going through the daily arduous task of producing an end product of high standards can only be achieved by those truly dedicated towards this art.

If you've read our eulogising of their burgers above, it should go without saying that there's a very good chance of at least one being short-listed for our end of year awards.

We've teamed up with the good folks of Smoke Daddies to offer our readers a massive 25% off the entire menu every Thursday (collections and al fresco dining) until just after the month of Ramadan which, considering how insanely LOW their prices are to begin with, is extremely generous. 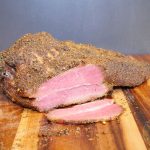 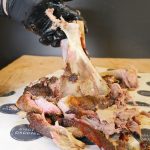 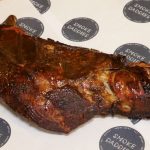 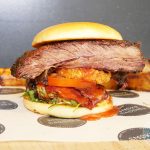 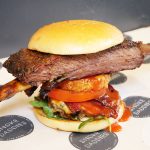 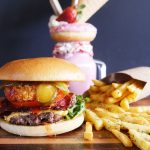 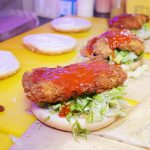