After the #FtLionAwards 2017 Best Newcomer of the Year (sponsored by Smoky Boys BBQ & Grill Haus), we continue with the Best Curry House of the Year category.

And while you consider these curry restaurants, remember that not only can you also vote for your favourite on our Instagram and Facebook pages, but in doing so you’ll automatically be entered in our prize draw with the chance of winning a £30 voucher to be spent at any of Smoky Boys three locations – Watford, Amersham and Hounslow.

We want you to either: 1) vote for the following nominees, or 2) let us know both your favourite curry house, all on our Facebook and/or Instagram pages. Salaam Namaste is a “modern” Indian eatery situated in the upmarket residential area of Bloomsbury in Camden.

There were a number of dishes we had that certainly confirmed the reputation of the place and the talent behind the menu, Sabbir Karim, the restaurant’s Chef-patron and a man recognised by the 2012 Asian Curry Awards as Chef of the Year. Only a chef with intimate knowledge of South Asian spices could create a biryani as good as the lamb Dumpukht we had, or succeed in achieving such balance in the strong spices that made up the intensely rich Dhaba Gosht.

Although not everything had us doing cartwheels, the service here was, on the whole, efficient and attentive; and with the menu being changed every 6 months, Salaam Namaste has enough going for it to warrant a visit. In the end it was rated 3.5/5 ROARS. Located on the famous long stretch of London Road, Chilli Spice is one of the few Halal options available in an otherwise sparsely populated Muslim community in Camberely.

The restaurant offers traditional Indian food with its own twist. This isn’t your usual local curry house though. We personally saw the chefs working hard in producing authentic curries for one takeaway after another. It was rated 3/5 ROARS. Grand Trunk Road (GTR) is a South Woodford award-winning Indian restaurant whose director is Rajesh Suri, who as former General Manager of Tamarind in central London was instrumental in helping Tamarind become one of the first Indian restaurants in the world to win a Michelin star, which it still holds to this day.

What makes this unique for us is that it’s the first and only restaurant throughout 2017 to achieve the perfect rating of 5/5 ROARS. As you can imagine, therefore, it has a number of dishes in contention for an award, namely, a dessert, two mains, and a starter.

To be sure, this is one of those unassuming restaurants which, given its modest location and the fact that it’s nestled in between two equally unassuming corner shops, you’re likely to miss if you blink! Traditional at its core, this quietly confident restaurant offers incredible hospitality and food produced by a chef at the peak of his powers. Truly memorable! Uniquely set in Spinningfields, Scene Indian Street Kitchen is located in the heart of Manchester, which offers a unique experience that includes a bespoke service admirably delivered by attentive and helpful staff.

Facilitating for a diverse range of customers, and with around 200 covers, this is an ideal place for a family, a date, or even a special celebration courtesy of their VIP dining section. Although not everything had us gushing in praise, there were a number of outstanding dishes. Couple that with the eye-catching decor and relaxed ambience, and Scene is certainly worth a visit. It was rated 3.5/5 ROARS. Tabahi Karahi is a ‘Traditional Karahi Restaurant’ situated in the heart of Hounslow that offers a varied menu, and deals in flavours and the preparation of food that’s authentic and homely in taste. The marination used for the grills were evidently fresh, as were the masala and spices that made up the karahi dishes. The place is beautifully decked out and spacious, with staff that seem to have been adequately drilled. If you’re looking for good Pakistani food that’s reasonably priced with a taste of the home, then Tabahi Karahi is certainly worth a visit with a solid 3.5/5 ROARS. 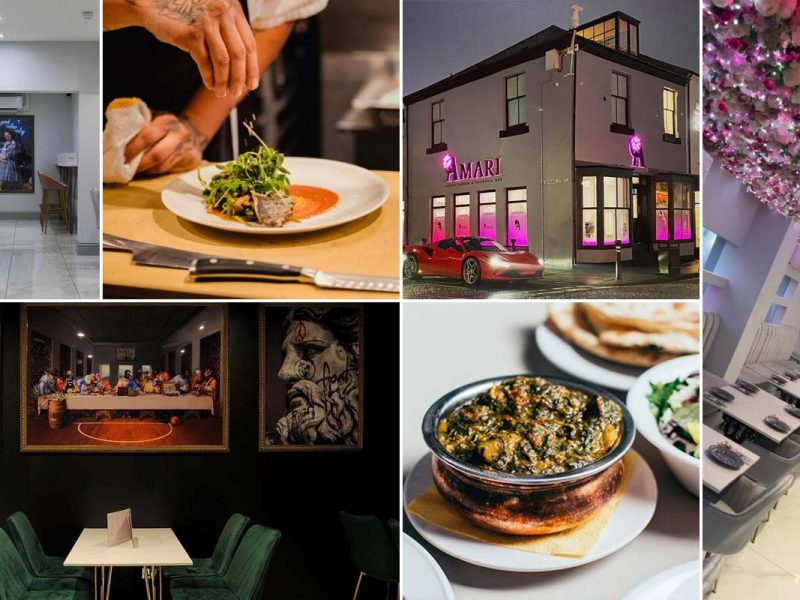