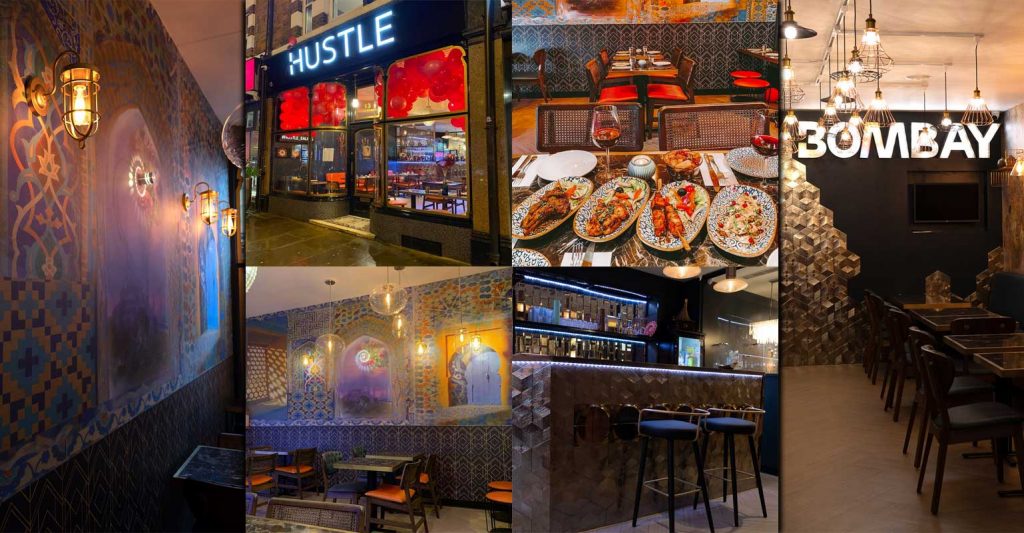 A ‘Bombay Eating House’ in west London that boasts Ealing’s first dry bar will be facing stiff competition from an award-winning Indian restaurant a few doors down.

While both restaurants offer a fully Halal food menu, Hustle has teamed up with Azanti to serve their non-alcoholic wines and beverages, with not a drop of alcohol in sight.

Located on restaurant-friendly Bond Street, the new business is currently in the middle of its soft opening period with a launch date to be announced soon.

What’s more, the restaurant is spectacularly designed too with a medley of colours, and a mixture of Arabic calligraphy and Indian decor to create an attractive interior.

Promising “to create a new experience in food, both in flavour and in concept”, the menu will be offering a mixture of regional dishes that include Indo-Chinese.

A veggie and non-veggie dual-menu also makes up their mains too, with dishes like Baluchi Chole, Punjabi Kadhi Pakora Curry, as well as Butter Chicken, and Railway Lamb Curry – the latter two also served by Patri.

They appear to offer a more extensive dessert menu than Patri’s with items like Rose & Saffron Rasgulla, Sooji Halwa, and Gajrela, among other goodies. 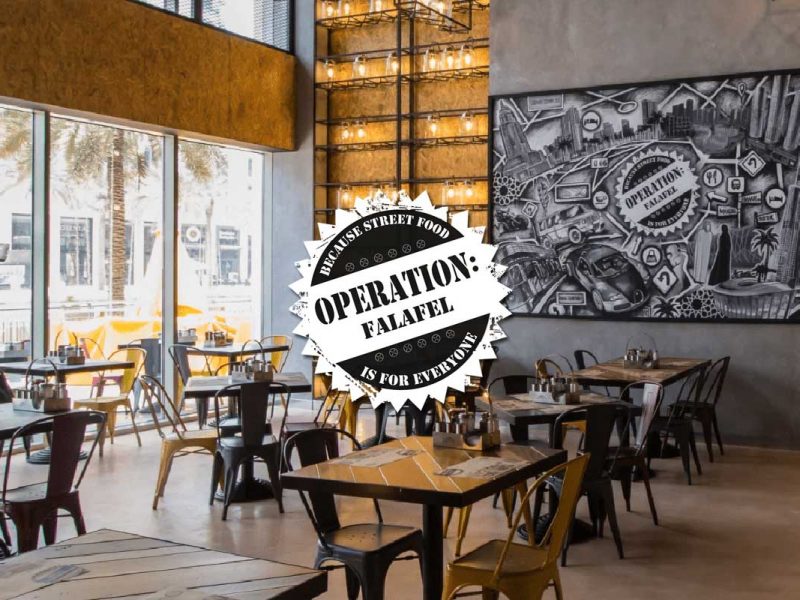