And this is the second time she’s been awarded the Gourmand accolade after her debut cookbook ‘Land of White: Lebanese Cookery’ also triumphed in 2016.

Having started in 1995, the Gourmand Awards is now a major food culture event that offers all publishers – big or small, print or digital, for sale or free distribution, with or without ISBN, trade or self-published, private or public – the chance to submit their work in any language .

This year, Lina also had the opportunity of demonstrating her culinary skills during the course of the event held in Yantai, China, with a live cooking show.

Born in Sierra Leone, West Africa, Lina decided to leave for Lebanon to attend school in Beirut following the outbreak of civil war, before eventually moving to London when she was 18 to study for a BA in Hotel Management at Westminster College.

FtL caught up with Lina Saad to find out more about this multi-talented cook, what she’s currently up to, as well as her plans for the future:

FtL: How many food-related awards have you now won?

When I sit back and think, it really is unbelievable! I have won 4 food awards with regards to my cookery books. My menu at Alicia restaurant won the local award from Camden Council as Best Healthy Menu.

FtL: Do you have plans of returning to being a restaurateur again?

Wow; those were the days my friend! Yes, I loved and still long for those days. However, we decided that restaurant business is not right for our family. Running restaurant is great business; but it’s hard work and a huge commitment, which I’d rather invest towards my writing and family.

FtL: How does your World Gourmand Cookbook Award rank against your other awards? Is this the most important one?

My honest opinion is that it is the best food award. It is most prestigious and the competition is tough. Remember, you can win regionally as “Best in the UK” for your category, but when it comes to “Best in the World”, the competition is typically fierce. There are about 90 countries with over 100 authors and celebrity chefs, and to be just included amongst professionals is a great honour.

FtL: How long did it take for you to complete your first cookbook: Land of White: Lebanese Cookery?

With so much of my personal childhood in it, it took me about two and a half years to complete.

FtL: What was your aim in compiling a cookbook?

Cooking, eating, sharing the experience with loved ones, drawing a smile on someone else’s face can only happen with food. Documenting and sharing that with people will only spread the message of love and happiness.

My next project is about Lebanese villages and Lebanese cookery. I’ve been working on this project for about 8 years now.

FtL: What’s the general process you take for writing a cookbook?

That is a difficult one! Usually one has an idea or a vision with a message. Then I have to translate that message through my cookery style. I believe home cooks are very sentimental and their knowledge of food in relation to gastronomy is very advanced, and that can be easily reflected through their writing.

I never believed in buying a cookery book that has just recipes with gorgeous photography (although I must admit that the latter plays a vital role in selling the book). And unlike the commercial recipe books available everywhere nowadays, especially on social media and other platforms, I would instead love to see more cookbooks with a cultural message, some heritage, culinary experience and memoirs.

FtL: Are there any plans for writing a third or do you have some other projects in the pipelines?

Yes absolutely. I love cooking and recipe developing. You’ll find me in the kitchen, supermarket aisles, and food markets, before heading back to my office to reflect that on paper.

My next project is about Lebanese villages and Lebanese cookery. I’ve been working on this project for about 8 years now. It’s taken time to document everything throughout my culinary visits and tours around the different regions of Lebanon. This is particularly true of food and recipes in the rural areas, which is slowly dying out, especially with current political and social conflicts happening throughout the Middle East.

Also, with Ramadan Express having received the award for Best Script/ Project for TV, I’m hoping to get it on UK channels here too. So this is a formal call out to all cookery shows and producers!

When I first thought about Ramadan Express, I doubted its success due to the current Islamophobia, which I started to experience personally following my decision to wear the head scarf veil.

FtL: Why does your award-winning book Ramadan Express have a lengthy introduction that promotes a peaceful message of Islam while “condemning every evil that is being done and committed under the name of Islam”?

When I first thought about Ramadan Express, I doubted its success due to the current Islamophobia, which I started to experience personally following my decision to wear the head scarf veil. You see, until Christmas 2013, I was an ordinary Muslim woman with no Islamic identity, with everyone being friendly to me and my kids. But when I wore the scarf, things began to change, especially with people’s perception towards me as a Muslim woman.

I decided to overcome this difficulty by proving to people that Muslim women are achievers and highly independent. Wearing the headscarf does not make me less intelligent, independent or educated, and will not stop me from progressing as an achiever.

I, therefore, had the great opportunity to be able to translate this message over by condemning all terrorist actions in the name of Islam. Islam is a peaceful religion with a clear message, and to preserve my Islamic culture and religion while proving that Muslim women can go out, work and bring up great families, I felt I had a duty to reflect this message through my writing. So yes, hopefully the message is being positively received.

There are a lot of them. Mia Lounge is a great, trendy place to be in Finchley. But my favourite is Al Saha in Paddington [Ed. –  now permanently closed]. The decor is mesmerising and so is the food.

FtL: If you had the chance of collaborating with a chef, who would it be and why?

I would love to cook with Michel Roux, as his passion and patience in the kitchen is just great. And there is always this diplomatic partnership between the French and the Lebanese.

In terms of cookery and heritage, definitely the legendary RICK STEIN! 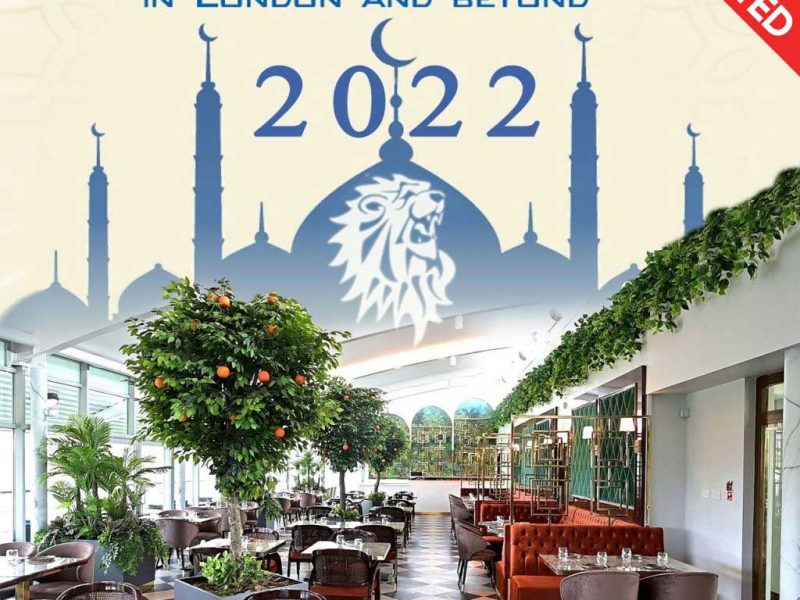 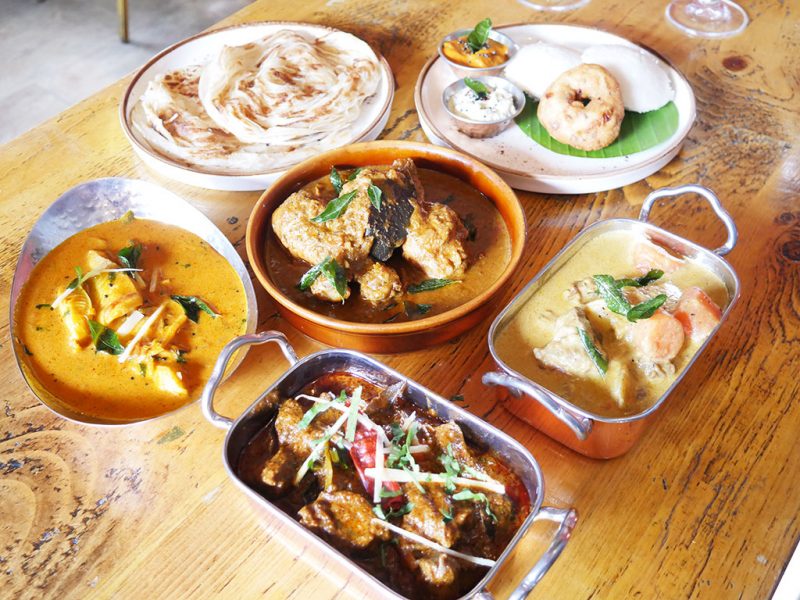