HALAL STATUS Only the chicken and beef are Halal. All pork is cooked and prepared separately. Rickshaw Rick’s is a relatively new restaurant in Leicester that’s a “global cantina”, or canteen, offering not only an eclectic menu comprising of a number of cuisines from across the world, but one which has evidently inspired the restaurant’s colourfully impressive, multifaceted decor.

With low-hanging lightbulbs affixed to thick ropes, the place itself, in spite of its funky market street vibe, certainly has a cosy and comfortable, homely feel to it.

Accommodating for 140, the restaurant has plenty of space around the tables, and contrary to its rustic appearance, really clean.

While there were disabled toilets and baby changing facilities upstairs, the main toilets downstairs were a bit of a trek to get to. Otherwise, they were really clean and well kept, with palm trees as decoration pieces therein. With so much variety, we ordered a number of drinks that included The Designated Mojito and the Takalua’s Tipple – apparently Rickshaw Rick’s two most popular mocktails.

Topped with a sprig of mint that’s attractively dusted in icing sugar, The Designated Mojito is a good one if you’re after a refreshing taste, particularly with its clever addition of Berry of the Month, which in this case was strawberry. It was this, along with the apple and the freshly squeezed lime, that came through the most.

The Shirley Temple was another great one. While the ginger ale and lime is always a hit combo, it’s even better with the grenadine, which adds a slight sweetness as well as a bit of tartness to the drink.

The Takalua’s Tipple; whoa! Now this was a really sour one, and yet so irresistible! A combo of freshly squeezed orange, which you get with your first sip, along with lime, cranberry and lemonade. The lemonade gives a sweetness that’s just noticeable over the sourness of the cranberry, and fresh orange and lime. An absolute recommendation!

The Mango and Fennel Lassi was wonderful all round. Not only did it look amazing, but tasted even better. A yellow, thick and sweet mango beverage which, combined with the sprinkle of sugar-coated fennel seeds that enhances its beauty, should make this every lassi-lovers dream. A colourful concoction that’ll remind you of an Indian street bazaar. Ever had nachos in a sink? Well, this Kitchen Sink Nachos, that’s meant for 4+ people to share, was a delightful pick!

The traditional Mexican twist of black bean chilli, jack cheese, sour cream, guacamole, jalapenos and salsa, made this a perfect sink of nachos both in terms of its flavour and the quantity of its topping.

Often, nachos invariably suffer from either too much or too little of a particular element. Not here. Here, the sour cream added that necessary coolness to an otherwise hot salsa, and went well with the warm, gooey cheese. We also got some Momos (a type of South Asian dumpling), except that these, unlike the typical ones had on the streets of Asia, were fried, before being served with homemade dipping sauces.

Although we preferred the Chilli Garlic Lamb over the Indo-Chinese Chilli Chicken, they were both very tasty, with the pair generously stuffed to the rim.

While the chicken had a little spice to it, the infusion of garlic within the lamb was noticeable and ever so good.

The two homemade dipping sauces of chilli and soy were equally tasty, and worked well with the Momos. How can you turn up to Rickshaw Rick’s and not have their show-stopper: the hanging noodles?

Seems like witch-craft, but no, just more evidence of creative imagination, with noodles literally made to hang off chopsticks which themselves appear to be hovering over a plate of creamy chicken and stir-fried vegetables.

The noodles tasted just as good as they looked. The rich creamy sauce, with a hint of spice, was a perfect example of simple comfort food. You have to be a lover of thick, creamy chicken to enjoy this. It may not be to everyone’s liking, but one Lion really loved it. This Fried Chicken ‘n’ Cheese Fondue Box was a mix of Korean- and American-inspired goodies with an Indian twist.

Now the buttermilk fried chicken was, honestly, the best fried chicken we’ve ever had! Different to its normal counterpart, this had such a deliciously addictive crunchy crispiness to it, and was soft and succulent on the inside.

And the same was true of the Buttermilk Korean fried wings too, for while these were tossed in a gochujung sauce, making them wonderfully spicy and saucy, they still managed to retain that all-important crispiness. 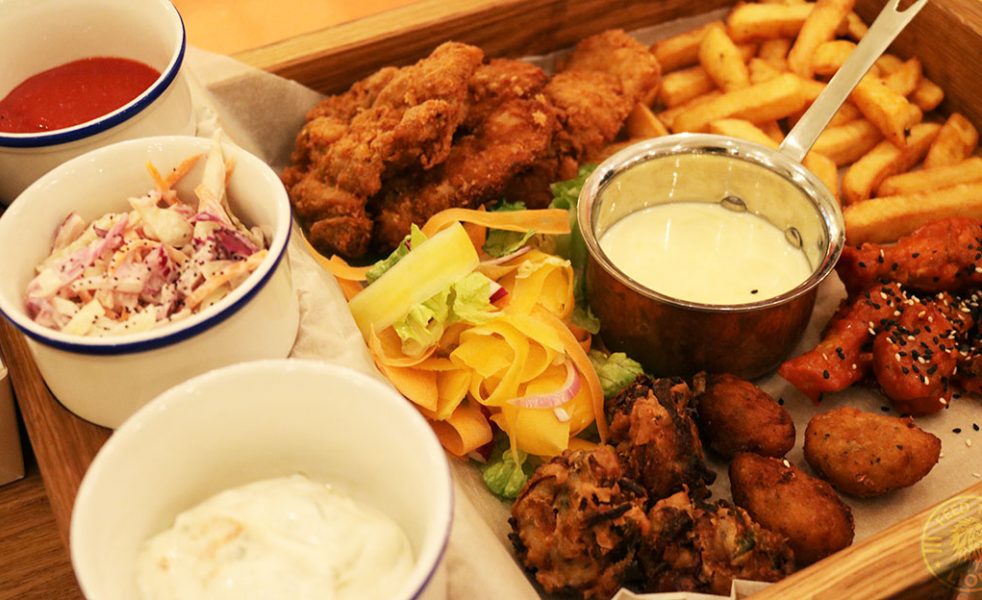 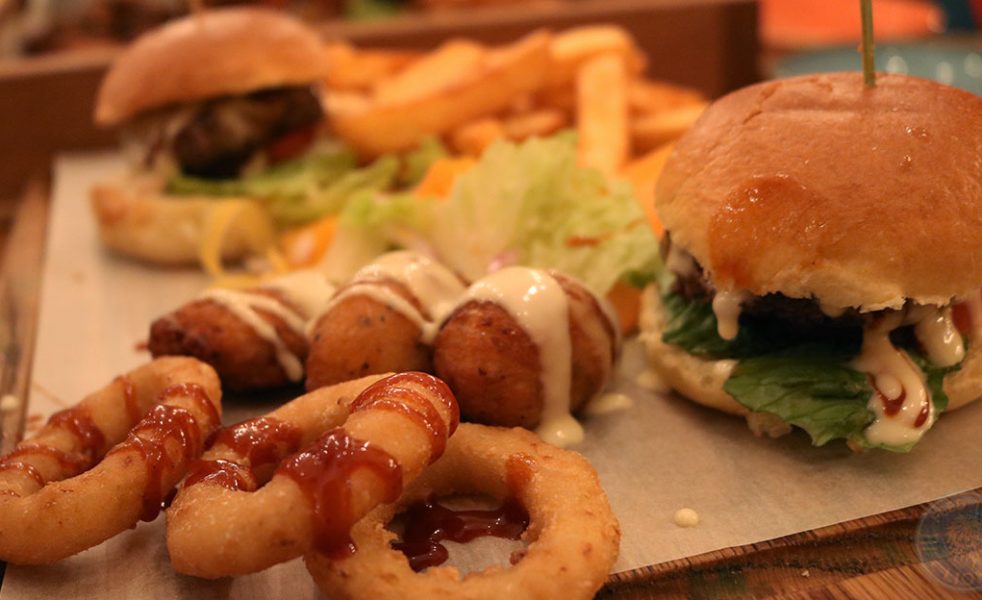 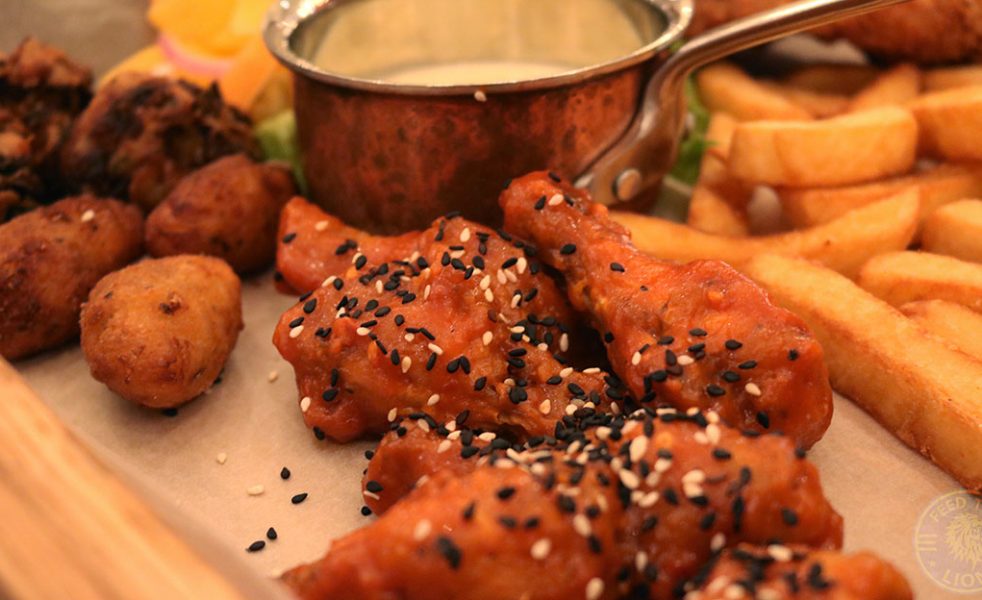 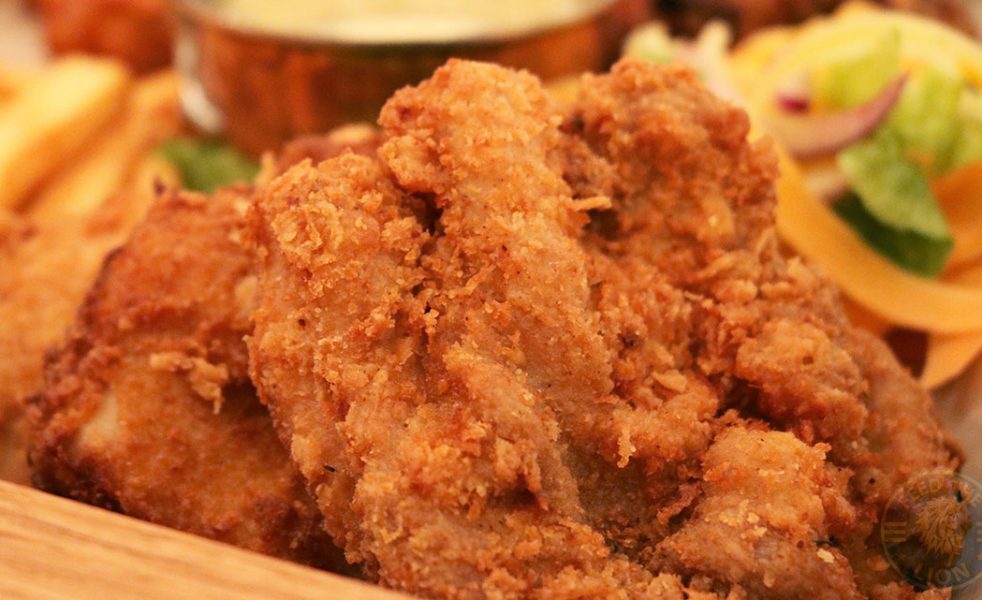 The platter also came with steak fries which, given how good they tasted, were seasoned with what we’re guessing is a secret seasoning. Also served with house mayo, kimchi tomato dip, and American slaw.

It also offered some other fried goodies too that included the Tater Tots – basically a fried mashed potato mix, with a soft interior – which, though slightly bland, went very well with the kimchi tomato dip.

But the highlight of this platter, other than the buttermilk fried chicken, which is worth going back for, were the small bitesize pieces of mixed vegetable fritters in a crispy batter. In spite of their simplicity, they were amazing!

The cheese fondue, on the other hand, though a good concept, wasn’t the best. It detracted from the overall quality of the entire platter, which would have been better without it. A not-too-fancy basic beef slider (each slider comes as a pair) where the patty could’ve been seasoned a bit more.

The homemade house sauce had a bit of tang, giving the burger a boost, alongside the melted cheese sauce.

These also came with fries that were so crunchy, just the way we like them, some Tater Tots, onion rings and an extremely fresh crunchy salad. Nevertheless, these sliders could’ve been a lot better. If you’ve still got plenty of room left, then go for this really big Brownie & Blondie Sundae.

Chocolate ice cream with Rickshaw Rick’s very own bakery-made chocolate sponge cake and brownie and blondie pieces, is topped off with whipped double cream, along with chocolate and butterscotch sauce, and chocolate shavings. And these inhouse condiments were extremely good and a perfect treat to dig into with the chocolate ice cream. The butterscotch sauce added a hint of saltiness to the whole dessert which worked really well. Rickshaw Rick’s has already acquired a reputation for its Dirty Shakes and we couldn’t have left without one. That’s why ‘The Way The Cookie Crumbles’ had to be on our list.

Let’s take a moment and appreciate how amazing the cookies were here. Inhouse made by the owner’s mother, these were by far the best cookies we’ve had, with a crumbly-cum-crunchy texture that was most satisfying. There was also a tasty triangular-shaped one that was drizzled in chocolate sauce, as well as a well made cookie sandwich that was filled with whipped cream.

The shake itself was a blend of vanilla ice cream, cookie dough and salted caramel, and was ice-cold, with a hint of saltiness to it, and was topped with a moist inhouse-baked banana cake, which wasn’t too heavy, and married with the entire dessert. Very good dessert and worth getting for those inhouse made cookies and cake.

THE ROAR
Rickshaw Rick's
3.5 FTL's Roar
3 Pride's Roar (1 Roar)
Alcohol/ Pork?
FSA HYGIENE RATING
Last Checked: 20/2/18
Facilities
Summary
We were very kindly welcomed by Rickshaw Rick's Sanjeev, who took us to our table and diligently served us throughout, along with the very jolly Matthew.

They were kind, attentive and ever so friendly, reflecting what we witnessed as top-notch service enjoyed by all the customers during our visit.

In fact, it seems as though the restaurant's modus operandi is to deliver as friendly and as personable a service as possible. By the end of our visit, we really did feel as though we'd known the staff for ever given how utterly comforable they made us feel.

And, as you might have guessed therefore, the delivery of food was speedy and efficient. An extremely well regimented service all round. 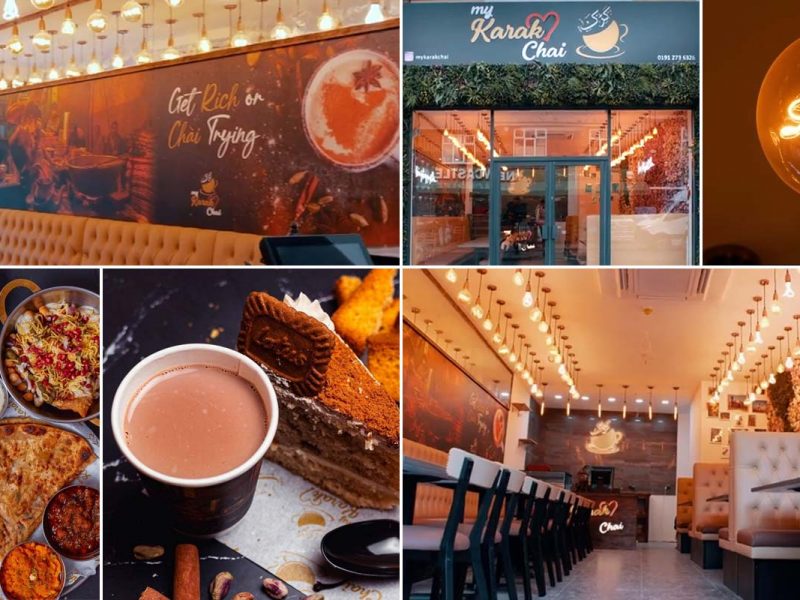 My Karak Chai launching in New... 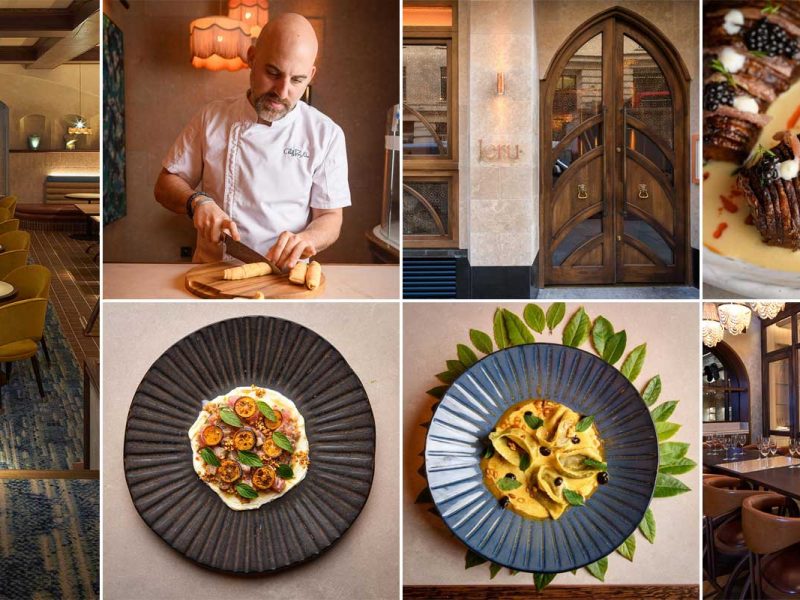 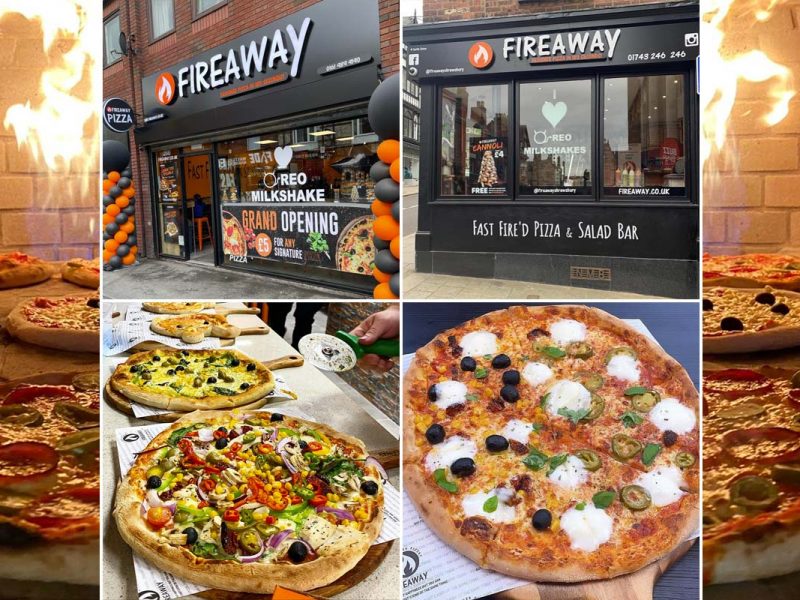 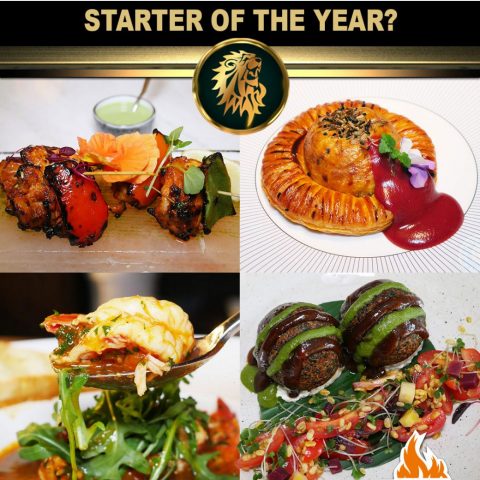 #FtLionAwards 2021 Starter of the Year shortlist 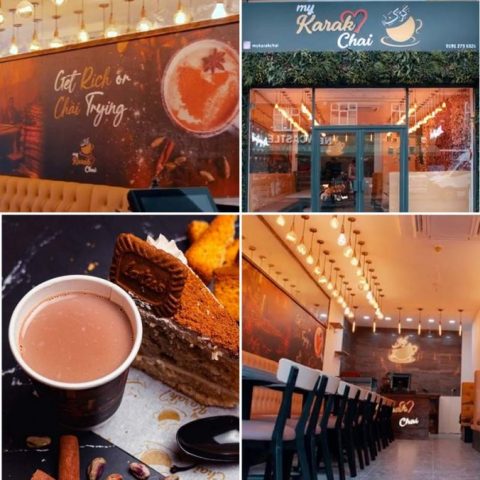 My Karak Chai launching in Newcastle upon Tyne tomorrow