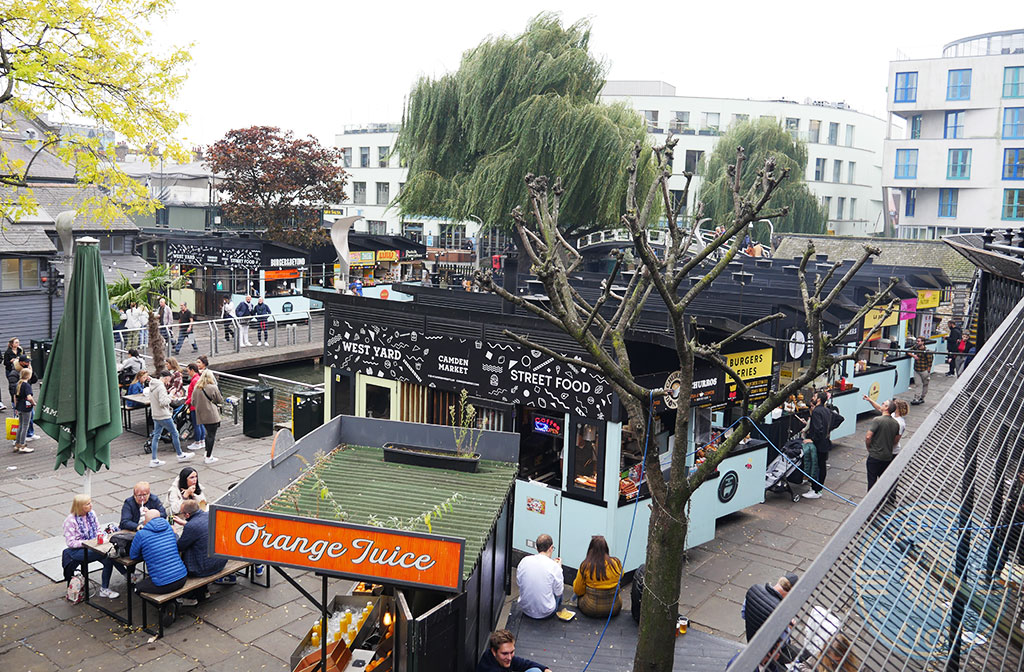 Did you know that Camden Market has over 30 Halal options?

The last time we visited the iconic Camden Market was when we reviewed the multi-award winning smash burger brand Bill or Beak.

What we didn’t highlight, and what we suspect many will not be aware of, is the sheer number of Halal choices in this vibrantly bustling section of north west London. 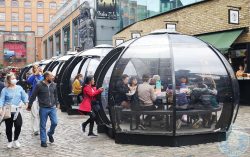 A good example of just how strong the Halal game here is, can be gleaned by Bill or Beak’s owner, Josh, sagaciously deciding to go fully Halal last year and not having looked back since.

In fact, it wouldn’t be a stretch to say that Camden Market offers arguably the biggest variety of Halal cuisines and food trends under one proverbial roof than any other outdoor food court.

While having endeavoured to determine the Halal status of each of the 31 vendors listed below at Camden Market, nevertheless we would advise readers to conduct their own personal inquiries.

One of the advantages of being a street food vendor is that all your energy and passion can be focused towards creating a small menu, fine-tuned to reach a point of excellence that very few can match – FtLion

Bill or Beak is, in short, a fully Halal, multi-award winning brand, with a number of accolades and awards, who’s menu revolves around just two burgers.

Having opened in 2014, their burgers – namely the Smashed Patty Cheese Burger, and the Buffalo Fried Chicken Burger, both of which can be upgraded to meals that include Cheesy Fries and a drink – have been refined down to a tee.

While Bill or Beak only accept card payments, members of the NHS can receive a 10% discount on all items. 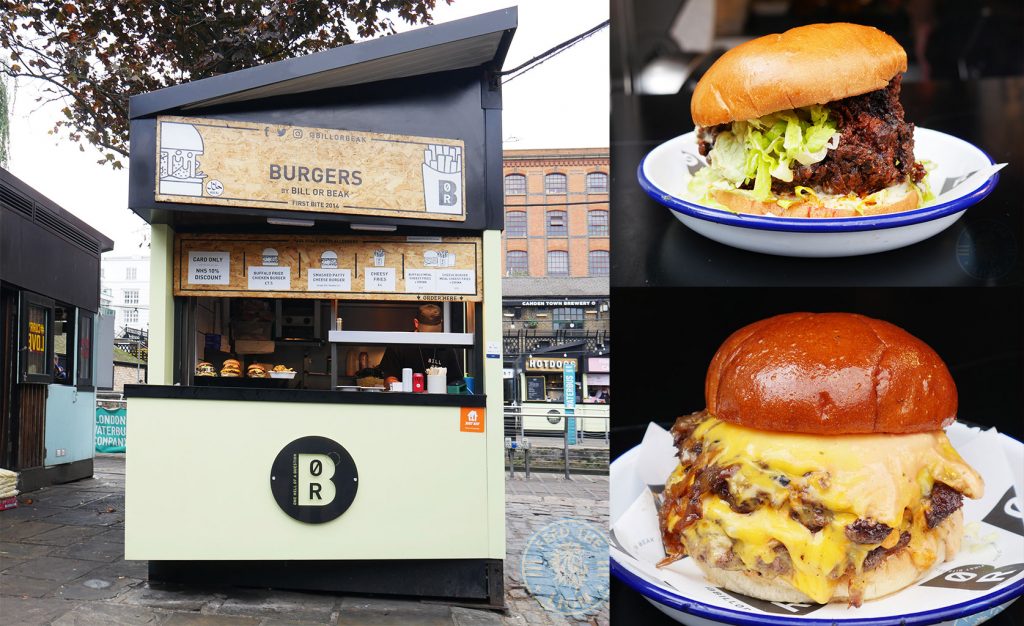 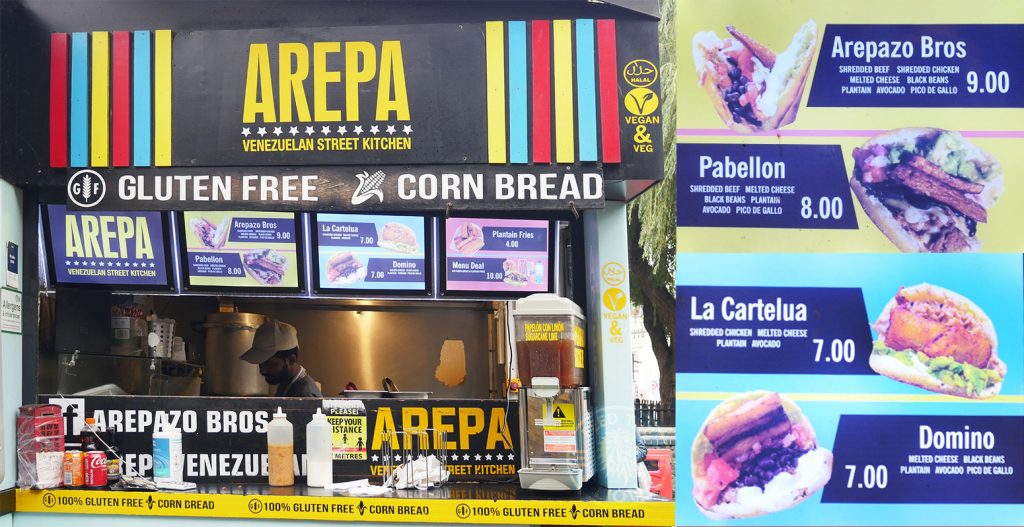 Arepa, are regulars across various London markets. With “all their meat is Halal and can be made vegetarian or vegan if that’s your flavour”, they serve gluten-free cornbread pockets filled with either shredded beef, slow cooked for 6 hours, or grilled chicken. 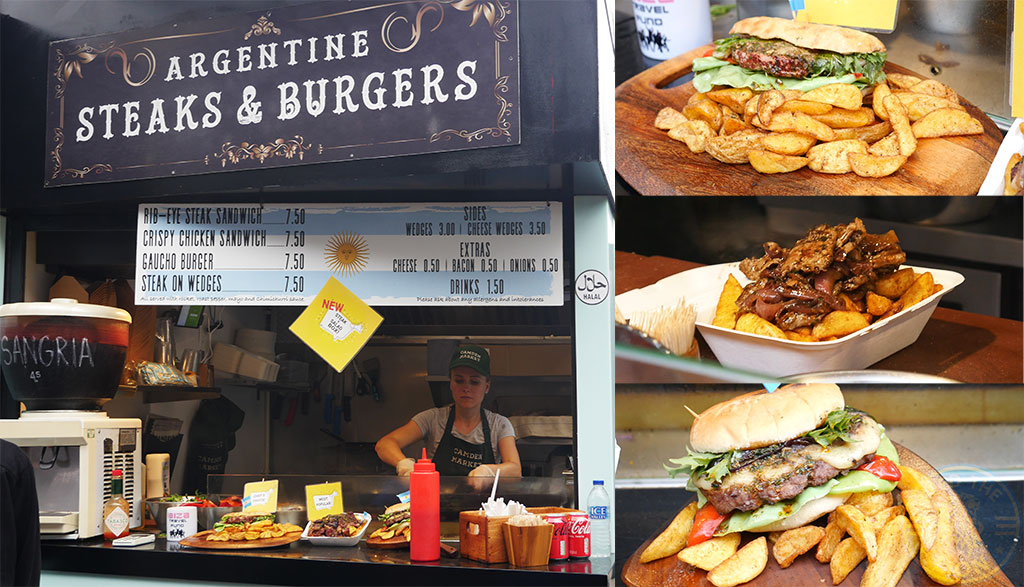 With Halal sign affixed to the front of their stall, Asador they informed us of the following: “We can confirmed that the beef we use is Halal [sic].” They’ve also clarified that they no longer do the  Crispy Chicken Sandwich (as seen on the image above).

Baba G’s is another famous multi-award winning London business who specialise in full-flavoured Indian ‘bhangra burgers’ with quite the kick. 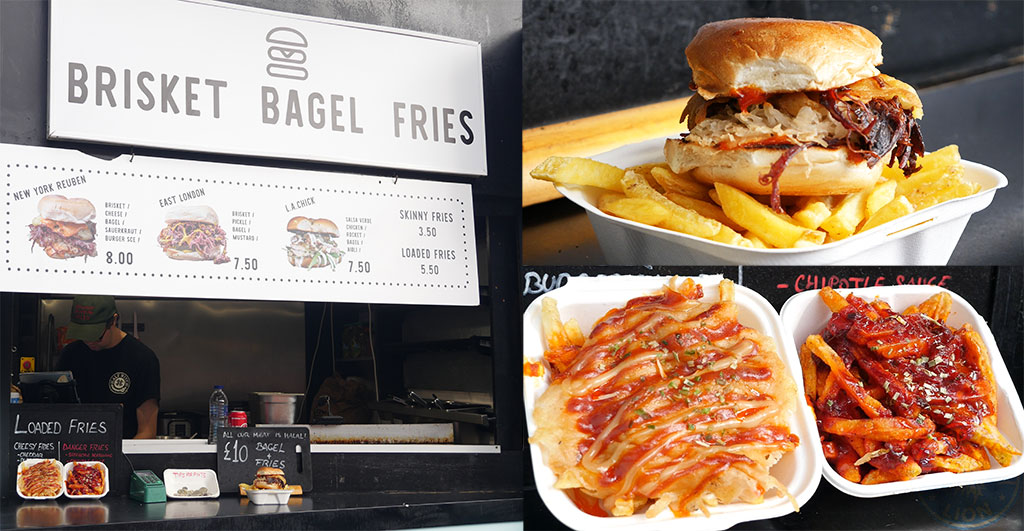 Camden Noodle has been around for a while. In fact, it has been serving its well-crafted selection of “freshly made food” since 2002. Explore their daily made signature bang bang chicken as well as over 10 other options. 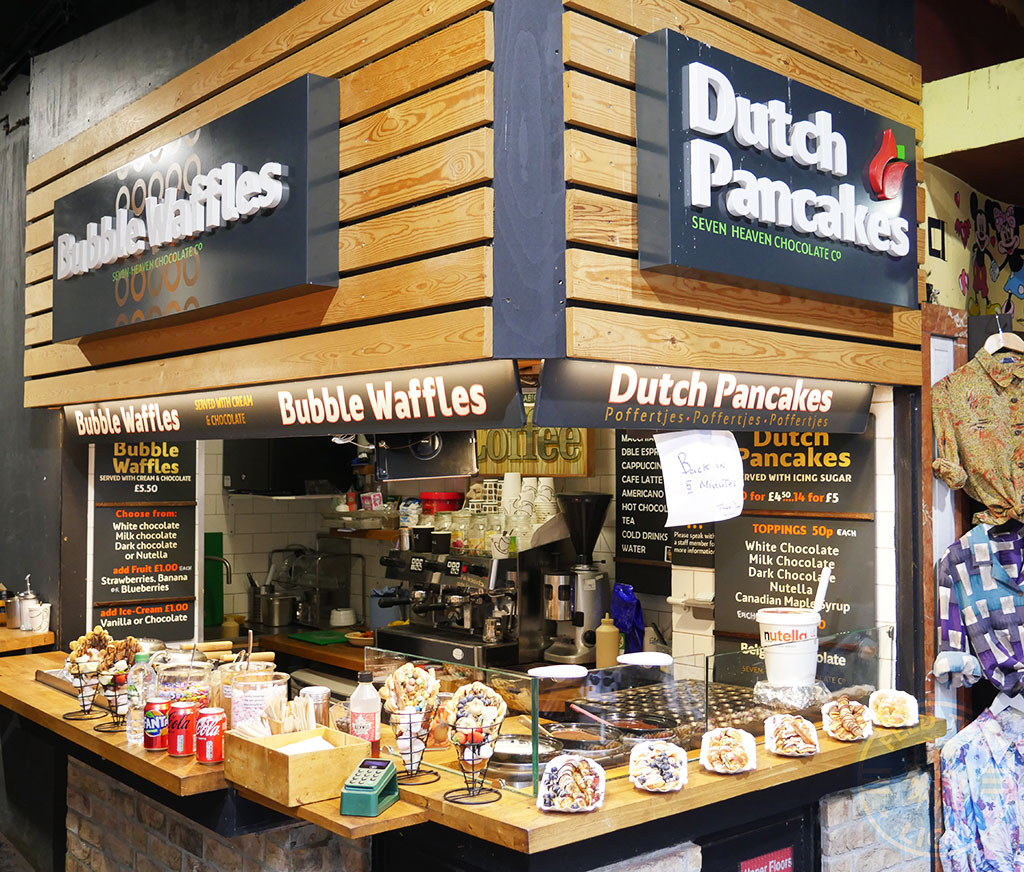 Dutch Pancakes and Bubble Waffles are light, fluffy and perfect with Nutella and strawberries. These tiny bundles of joy are a traditional Dutch treat. They also do Bubble Waffles with a variety of hot beverages.

Indian Food, as the name suggests, serves Halal meat dishes such as chicken curry, tandoori chicken, chicken korma, and lamb curry, to name but a few. 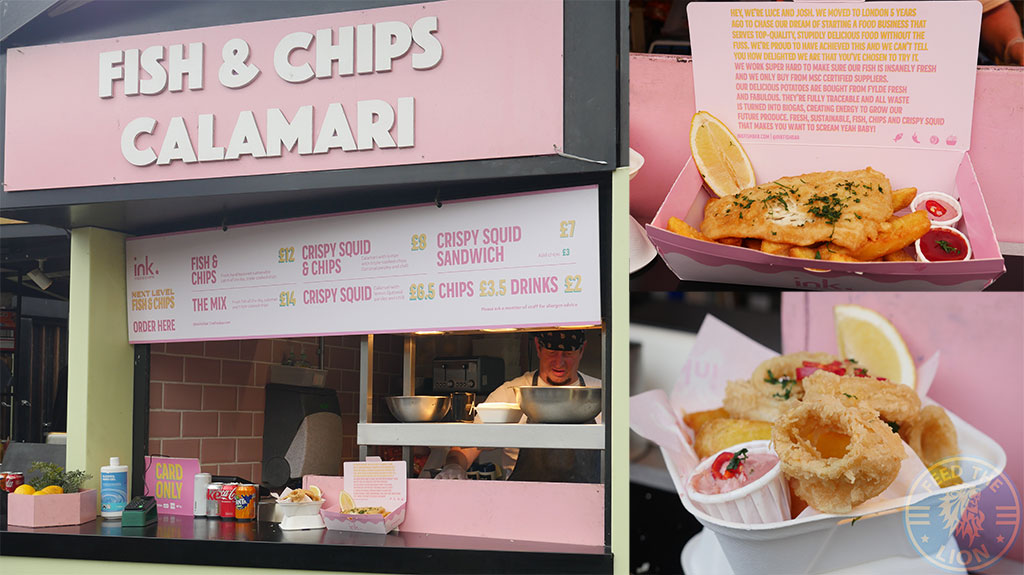 There’s not many of them about. INK offers fully Halal fish and chips, as well as squid with chips and as a sandwich. The chef here boasts years of fishing experience too; so he knows his stuff.

Formed in 2015, Kolkati has been mentioned in the Evening Standard as part of ‘The 10 Hot New Street Spots’, as well as being included in Timeout London’s ‘Best Street Food’ line-up. Here you’ll find hot kati roll stuffed with masala chicken or paneer. 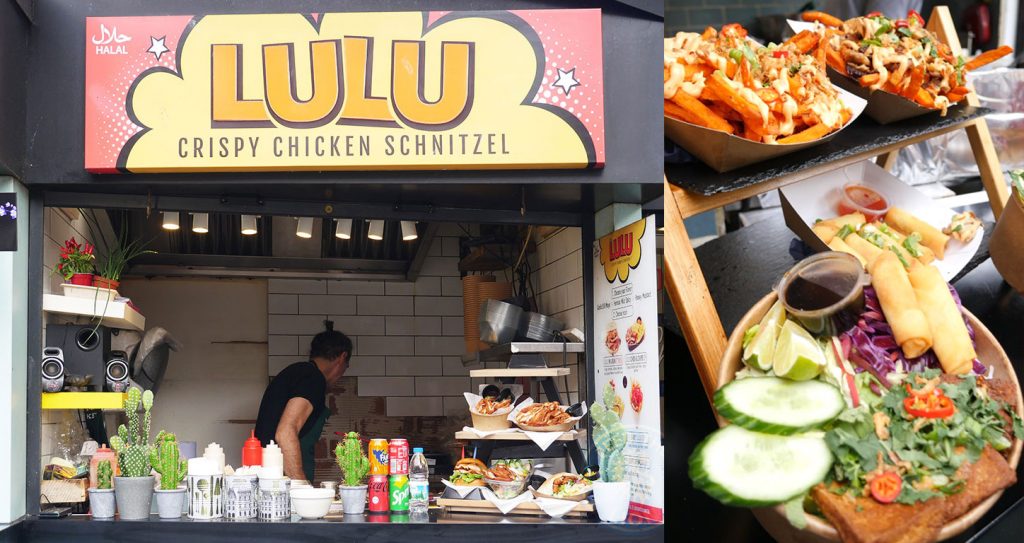 For those who don’t know, schnitzel is an Austrian dish always made from a boneless cut of meat. Lulu do the chicken variety, which can be had as burgers, wraps, and loaded fries. 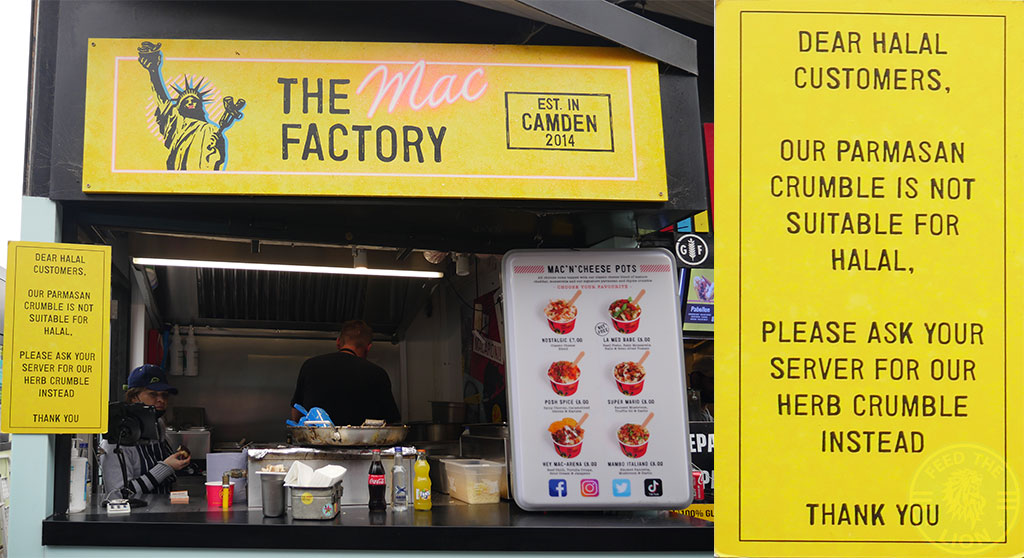 Except for their parmasan crumble, mac ‘n’ cheese specialists The Mac Factory otherwise offer a fully Halal menu. Just be sure to let them know to substitute said crumble with their herb alternative.

Maize Blaze was launched in 2014; and this remains their flagship site. They offer Colombian cuisines and cater for Halal chicken only, so watch out for their Chicken Asado, which is pulled chicken in hogao sauce with balsamic red cabbage.

Meat Point is our second Argentinian stand. As a smoke steak bar, they serve a selection of sandwiches, burgers and salads, all of which are prepared fresh on site. They only do one Halal steak, we’ve been told, which comes with a certificate. 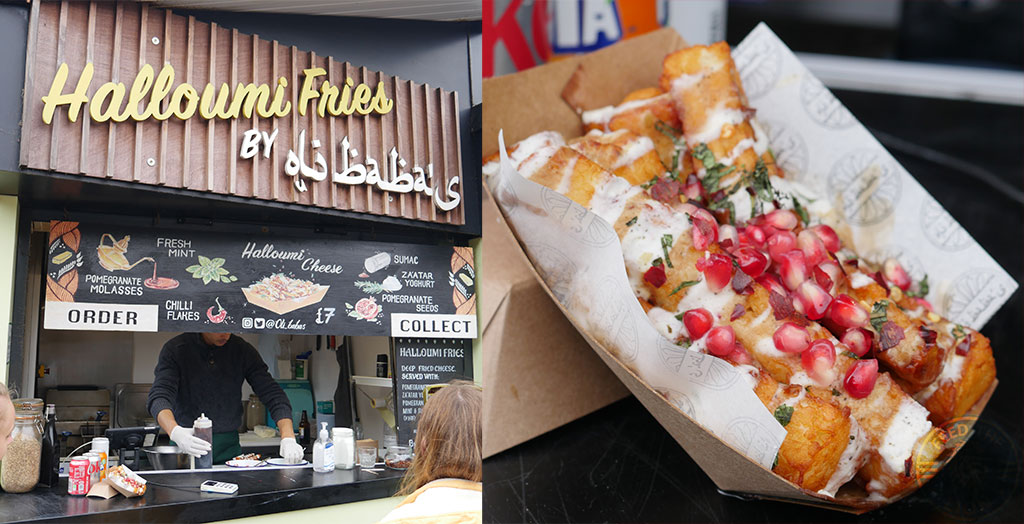 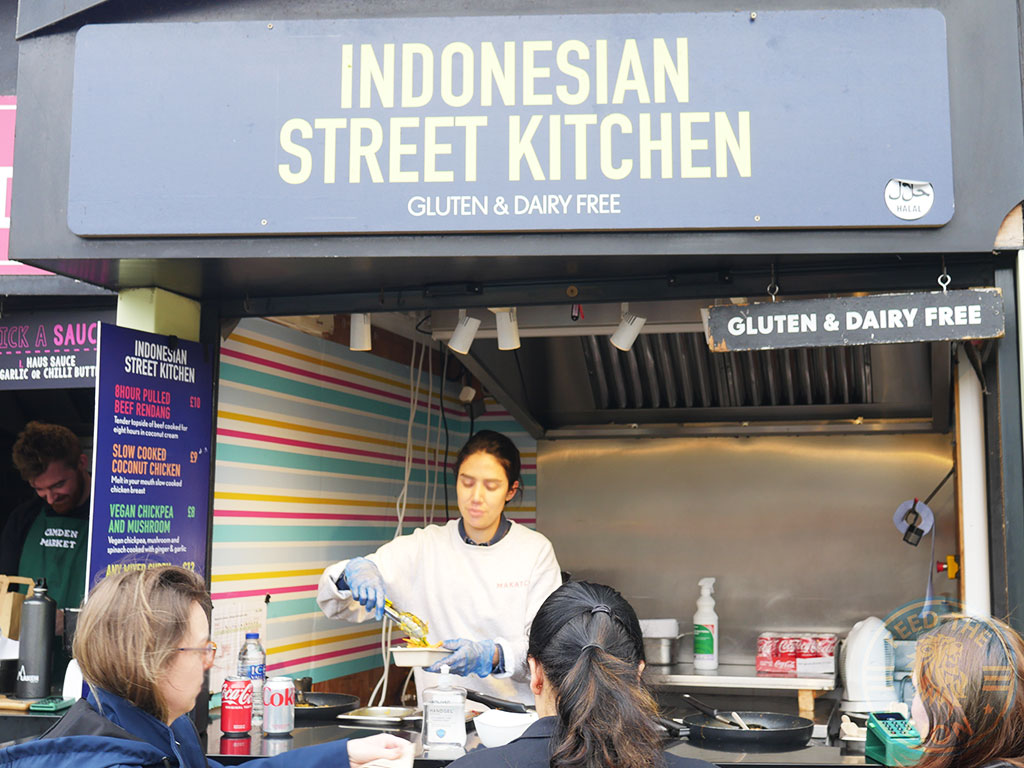 El Pollote have informed FtLion that while chorizo pork is served in one of their burgers, separate utensils are used to cook this separately from the chicken so as to ensure no cross-contamination. 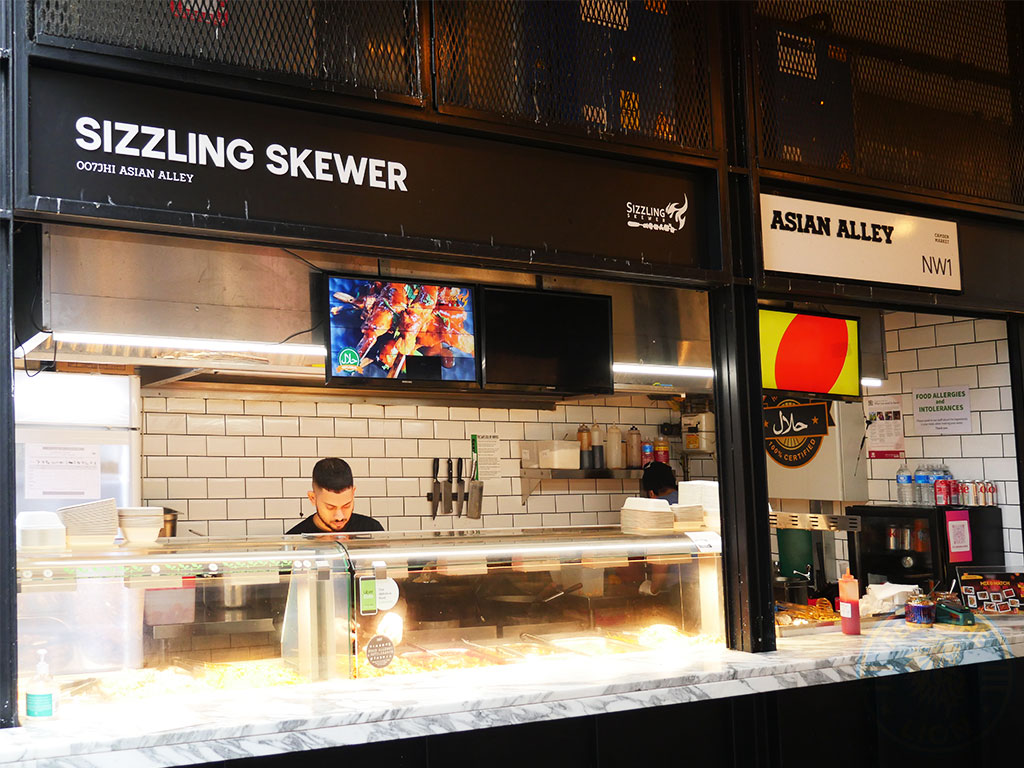 If you’re looking for fully Halal grilled food, then Sizzling Skewer is located down Asian Alley, with a number of varied items to consider.

Sonita’s Kitchen has been established since 2009 and specialises in “freessssh Punjabi curry made with naan of the bad stuff!” All curries are “free from dairy, gluten and nuts and contain absolutely no sugar, additives, preservatives or nasties”.

As the name suggests, Thainese is essentially a fusion of Thai and Chinese, with freshly cooked meals whose aroma literally fills the air.

ThaiThai is placed in the heart of Camden Market and serve fully Halal fried chicken and sweet chilli chicken.

This place isn’t ‘Bang! Baing! Chicken’, but Wok Boy. They do chow mein noodles “in a blisteringly hot wok”, with katsu curry, fried chicken, and even loaded fries.

Yaki Box offer sushi and yaki from their shiny new shop. You can go traditional with chicken teriyaki and rice, or mix things up with teriyaki halloumi and chips.

Although the Sunday Roast is an internationally recognised cuisine of British culture, Yorkshire Burrito have done the seemingly impossible by taking it and wrapping it in a Yorkshire pudding burrito!

This is more a restaurant than a street food vendor, with Zala Levantine Grill being “a unique Middle Eastern restaurant concept inspired by the fresh flavours and produce of the northern Levant”, who serve meze, grilled meats, pitas and fresh Levantine pizza freshly baked in a traditional wood-fired taboon.

Sponsored by Bill or Beak 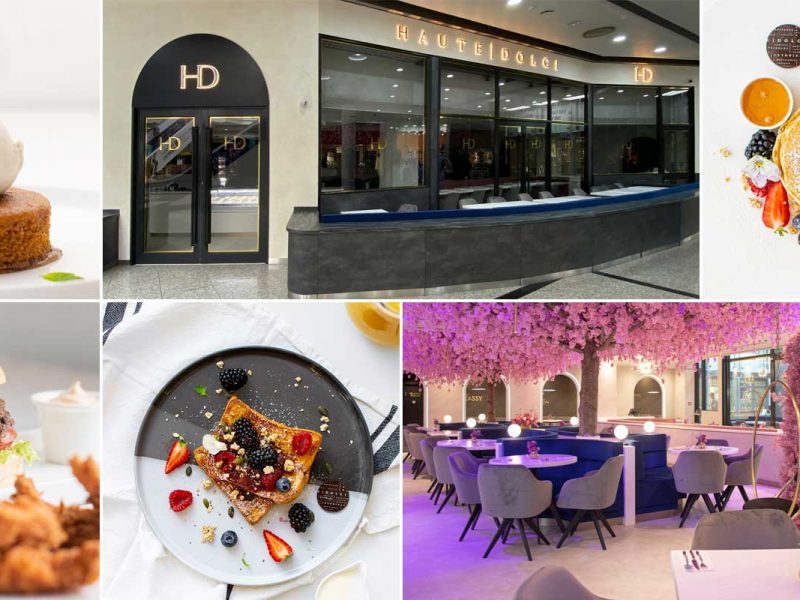 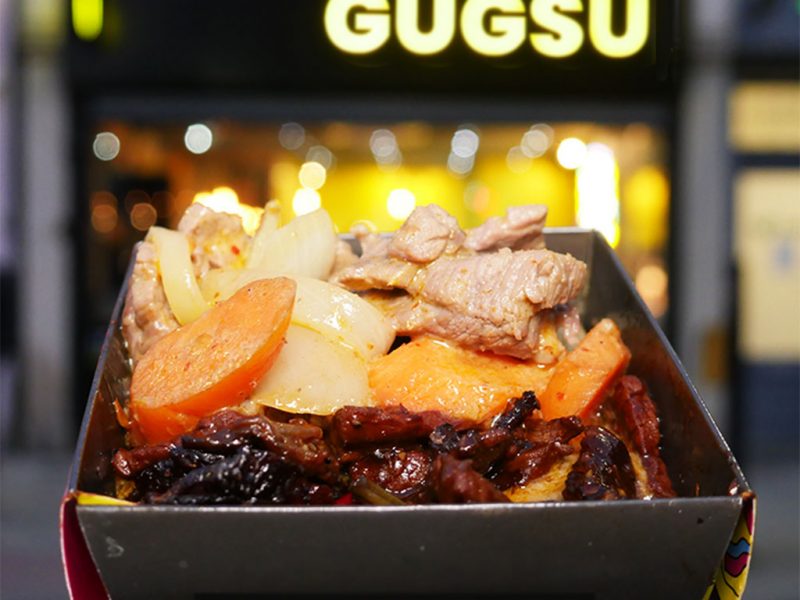 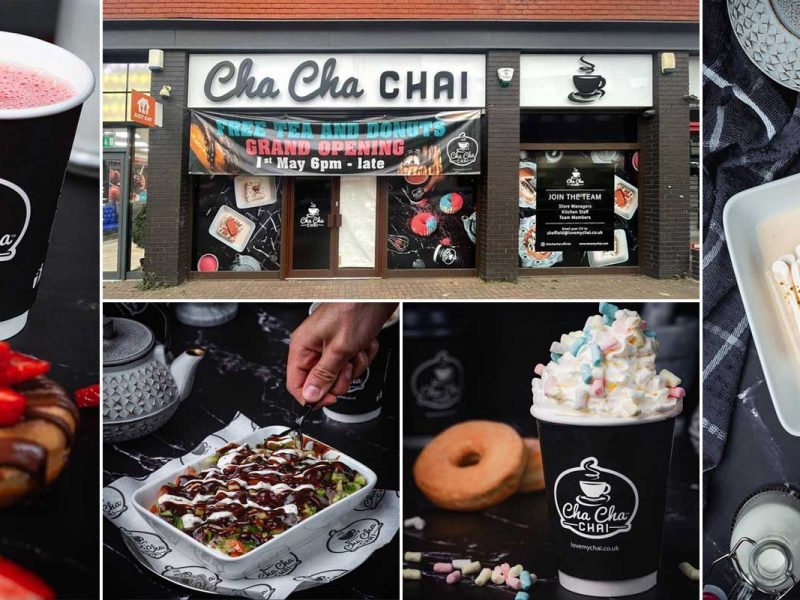 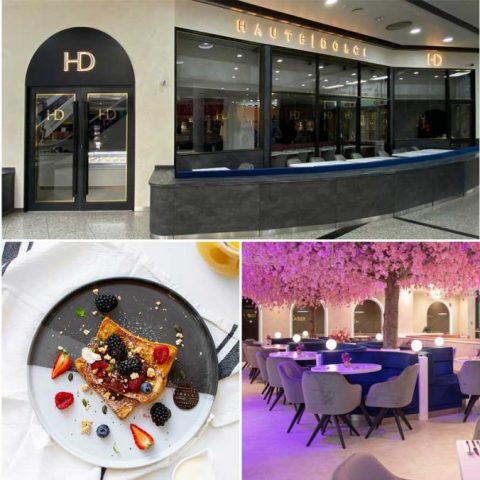 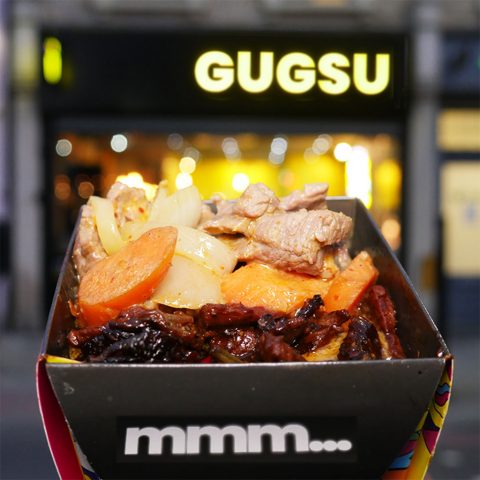 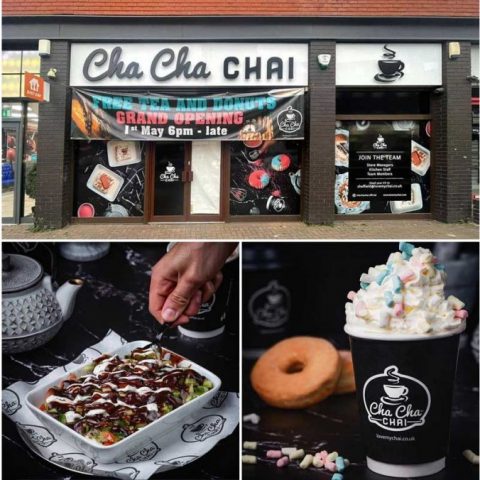