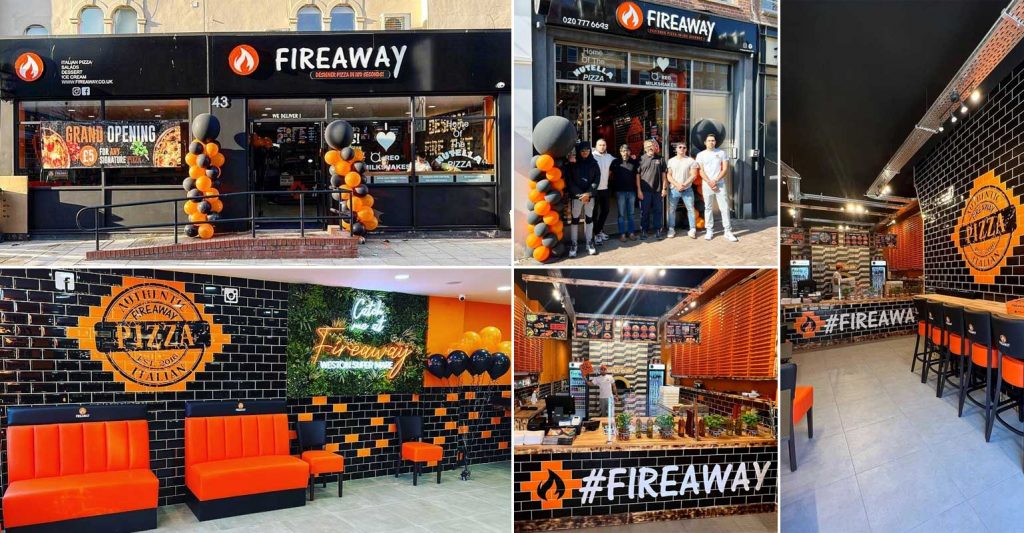 After 104 UK stores in just 72 months, its international launch in the Netherland’s comes soon after the franchise opened a large site in North Somerset.

Fireaway has opened a small eatery in the capital Amsterdam’s Ferdinand Bolstraat following the launch of a restaurant in Weston-super-Mare’s Oxford Street.

While Fireaway is known for offering a fully Halal food menu, FtLion has learned that some branches might serve alcohol.

Having won last year’s ‘Rising Star Pizza Chain of the Year’ at the PAPA Awards, the company has enjoyed spectacular growth since launching in London in 2016.

Founder Mario Aleppo set out to create an unrivalled pizza experience by going to Italy and meeting farmers who now send him their choicest peeled tomatoes directly from Naples.

Baked for no more than three minutes in 400 degrees oven, Fireaway’s pizzas are cooked on a daily basis to ensure freshness.

New Jollibee in Glasgow is second...