#FtLionAwards 2020 Seafood of the Year shortlist

After the #FtLionAwards 2020 Best Main of the Year (proudly sponsored by the UK’s original Karak Chai brand and award-winning restaurant Chaiiwala®), we continue with Best Seafood of the Year. 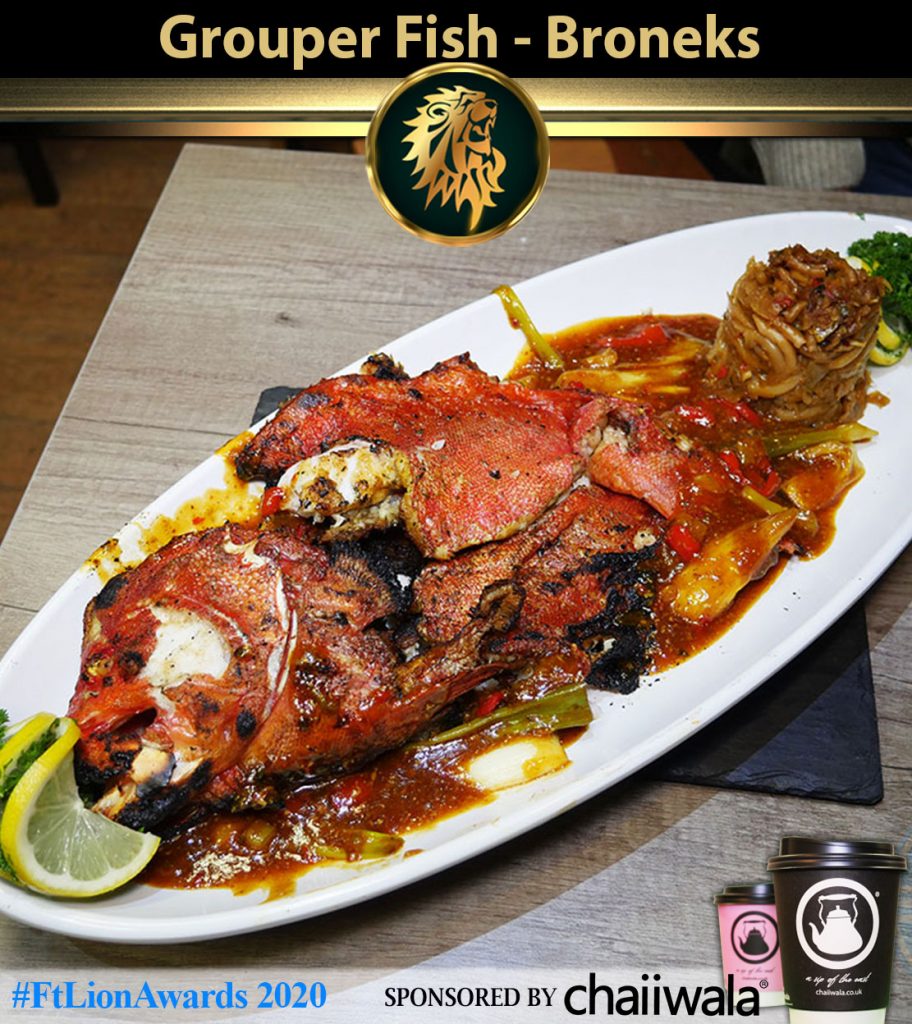 The way in which this grouper was cooked by chef and owner, Bronek’s, after whom his incredible restaurant Bronek’s International Fish Cuisine in west London’s Ealing is named, was just inspired. The fish was first carefully deboned, then separately barbecued on the grill alongside its skeletal frame, only for the two elements to then be reconjoined, before being finished with a mildly spicy curry sauce being poured all over.

With a mound of Thai noodles also added on the side, what we received was a moist, but fairly firm-fleshed fish, with a rich depth of smokiness permeating throughout, and culminating in one of the most scrumptious seafood dishes we’ve had in quite some time. 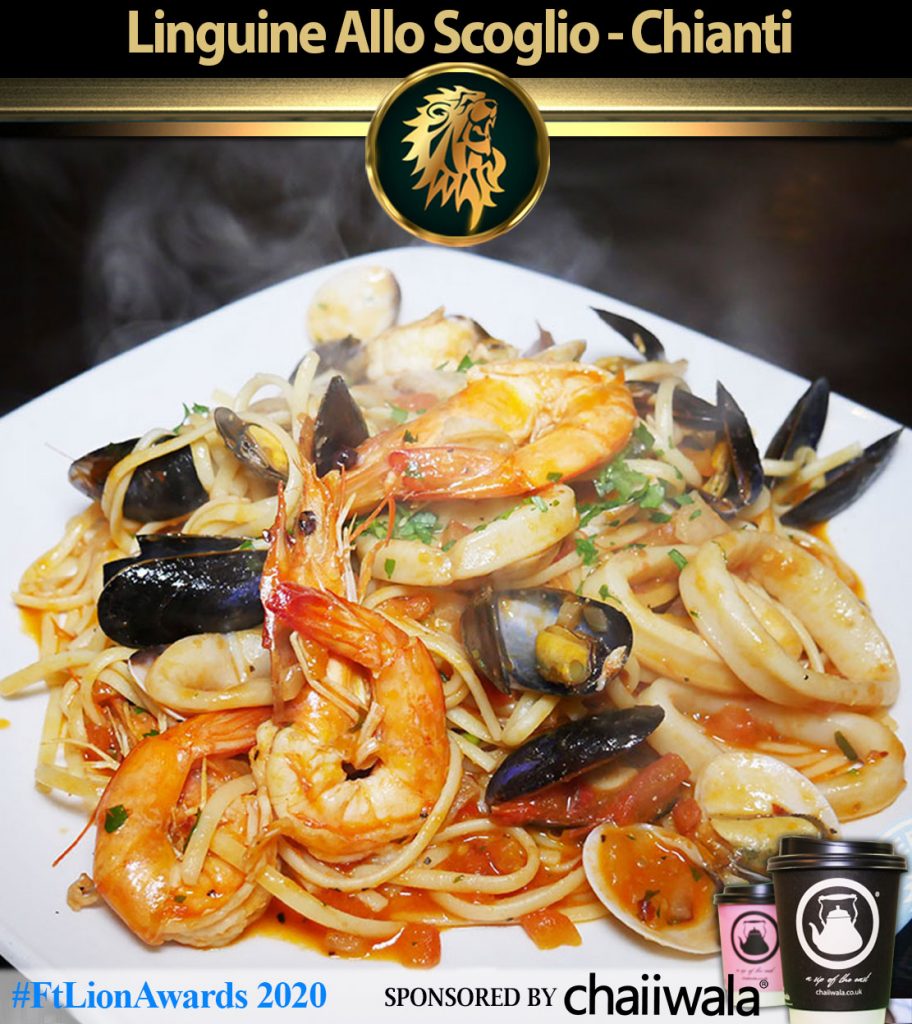 We all practically dived into the deep end of this large plate of Linguine Allo Scoglio dished up by Chianti, again in Ealing. Comprising of an attractive assortment of sea food goodies, all tossed in plenty of creamy linguine pasta, we feverishly worked our way through king and tiger prawns, clams, mussels and calamari, before dropping our cutlery and declaring this one of the dishes of the review. A sea food lovers’ best friend really. 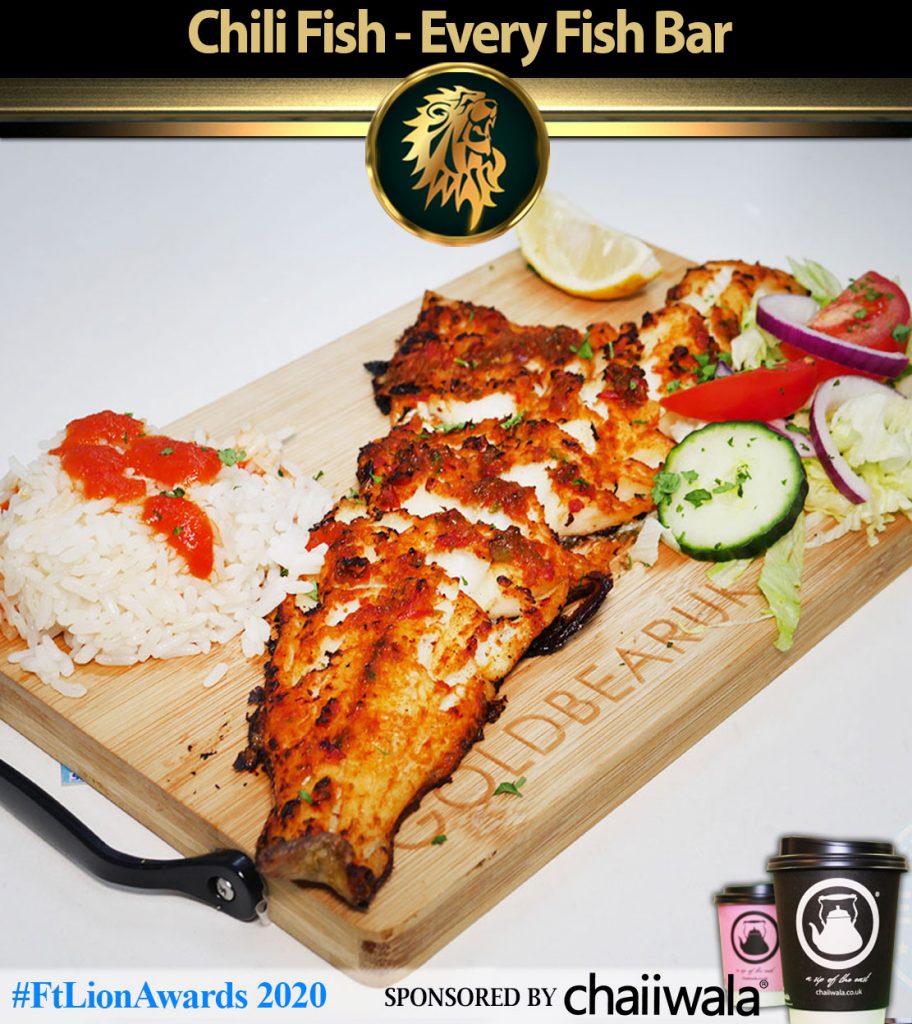 How many local fish and chips joints do you know of that go out of their way to present meals in this way? That was our first reaction. This Chili Fish House Special, by the Muslim-owned Every Fish Bar in Harrow, west London, was great. The fish itself had a gorgeous crusted top, was flaky as hell, and just as hot no doubt, with the chilli heat coming through in spades. As for its cooking, then the cod struck a good balance between the tender and moist flesh on the inside, and the crispiness achieved on the out. Had with the rice, which was decent enough and topped with dollops of lightly tangy chilli sauce, and this was most certainly a Chili Fish. 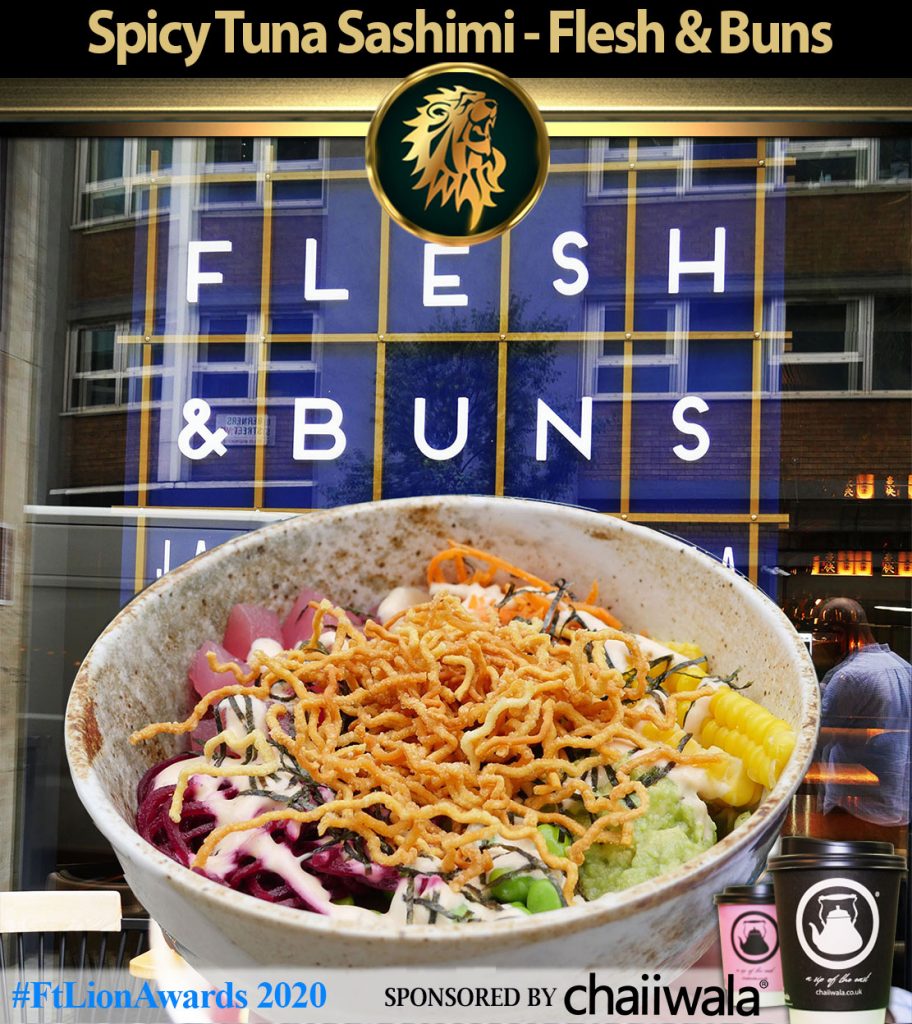 Yes; it’s Flesh & Buns again, who’ve so far have at least one item up for the running in every category so far! In any case, this particular colourful Spicy Tuna Sashimi did contain Saki (alcohol) so be sure to ask for its removal. With that said, this is a dish served at room temperature, with some cold elements, that turned out to be one of the dishes of the review, with practically every conceivable texture and flavour accounted for. This wasn’t just a visual treat, but a gastronomic journey of subtle shifts and variations across the lands of the sour towards the sweet seas yonder. 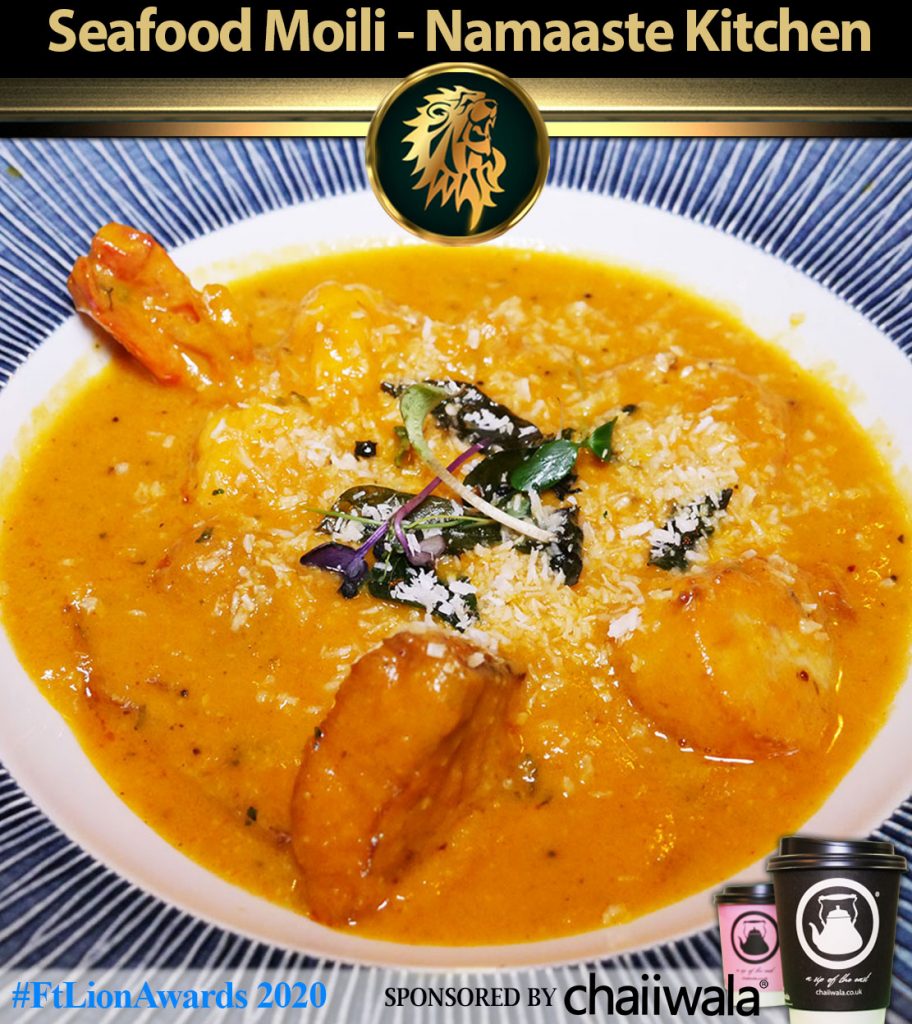 London Camdens’ Namaaste Kitchen’s Seafood Moilee had a curry base that had such body and depth of flavour. The balance was so masterfully achieved, that we simply couldn’t get enough of the curry’s rich creaminess and spicy warmth. The fact that this coconut inspired curry didn’t detract from the taste and enjoyment of the perfectly executed scallops, seabass, and king prawns, epitomised the chef’s intimate knowledge of spices. 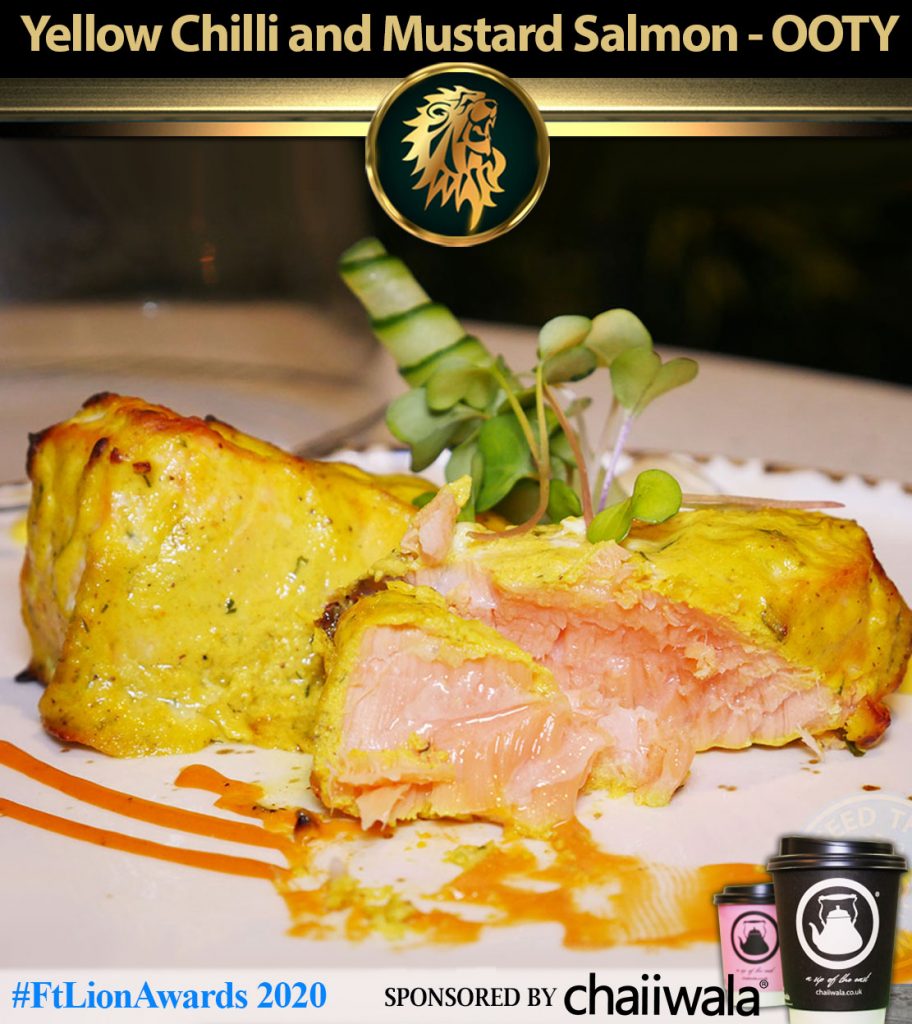 A dish as simple as this by swanky OOTY on Baker Street was always going to live or die on the execution of the fish and what it would bring as the sole element on the plate. The good news is that we were presented with two glistening fillets of Yellow Chilli and Mustard Salmon which had been judged with absolute precision turning out moist and flaky. With a light and smoky curry flavour, we thoroughly enjoyed the zingy notes from the colourful smears and globules across the plate, as well as the smoothly textured rocher of burani yoghurt on the side. 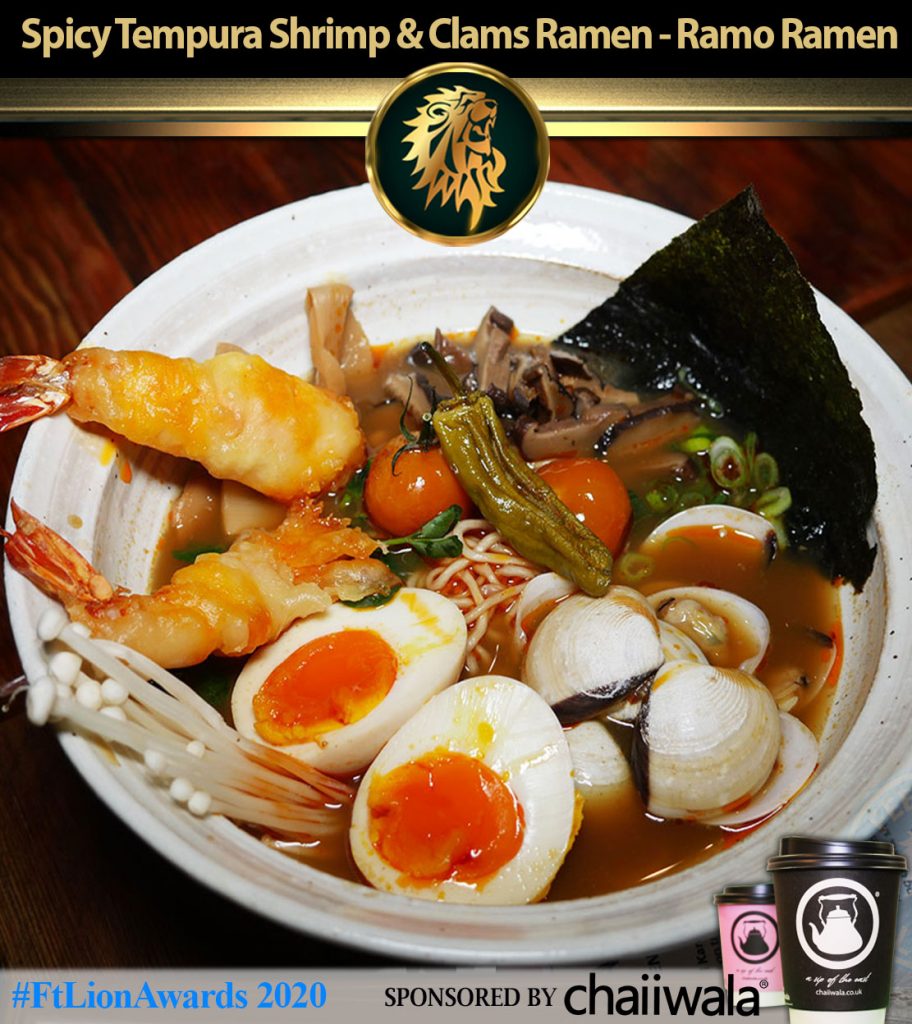 With a starter and a main up for contention, Ramo Ramen’s Spicy Tempura Shrimp & Clams ramen delivered on a fantastic creamy broth, with the taste of the sea permeating every aspect of this busy-looking bowl. What made this so distinctly delicious was the addition of the fresh chillies and chilli oil which imparted a touch of heat to the entire thing. Although it may appear that the kitchen sink has been thrown at this one, it did make for fascinating exploration. The shrimp tempura was fantastic, especially with the tips having soaked up some of that chilli water. The sheer number of items in this ramen will have you busily nibbling and munching away in a trance.

Family at the heart of Famz Peri P... 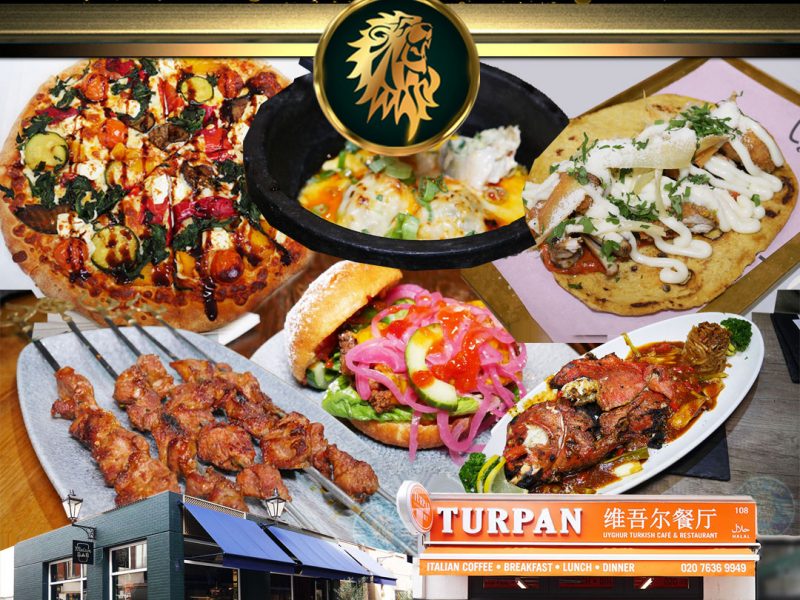 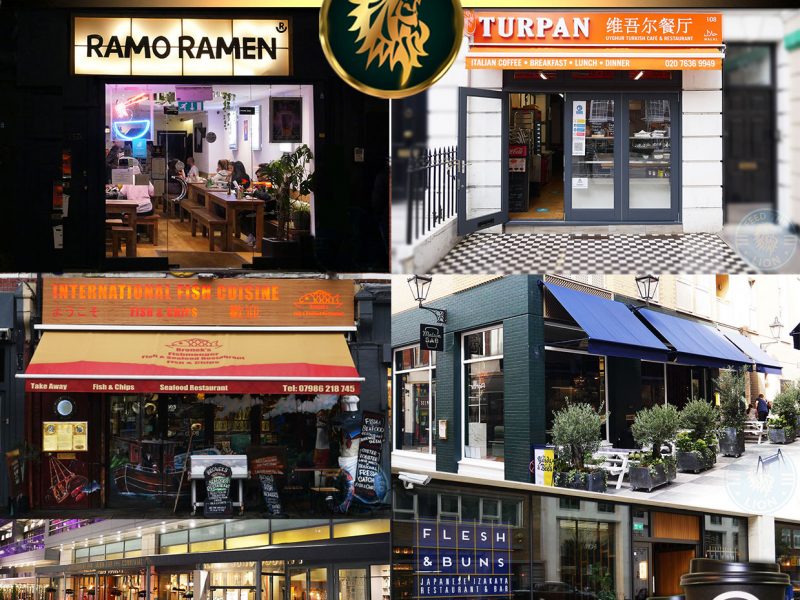 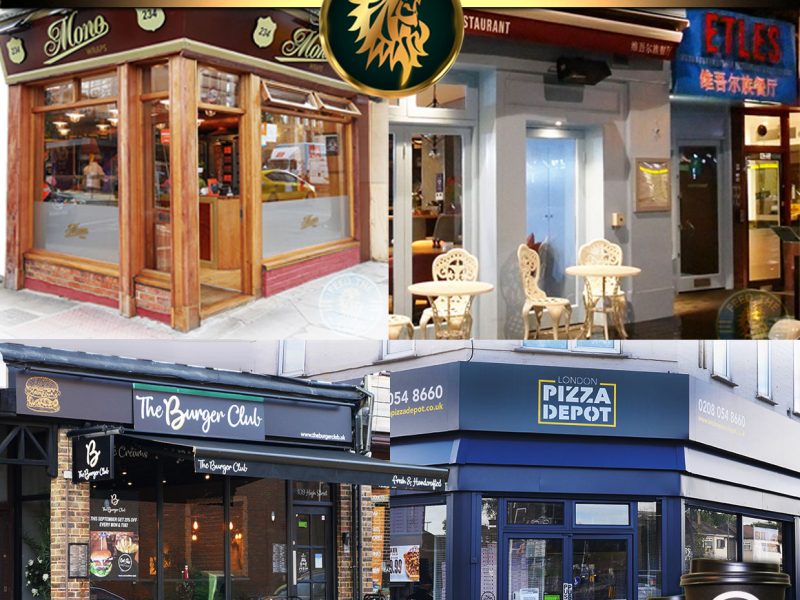