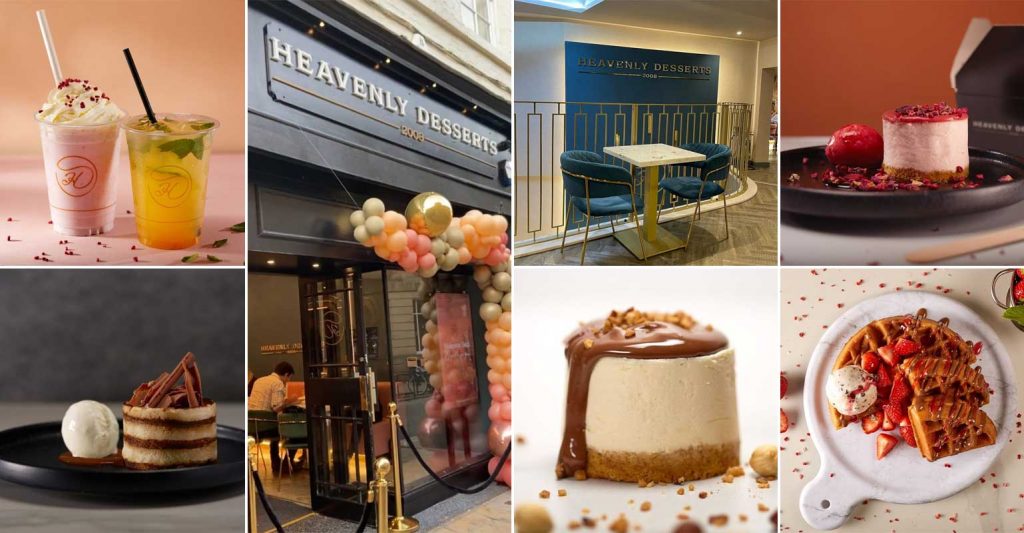 One of UK’s leading Halal dessert brands has debuted in York to tantalise locals with a menu made up of “delicious desserts as sumptuous as haute-couture”.

The two-storey store on Blake Street is Heavenly Desserts 34th store and comes complete with an Instagrammable floral wall, an artificial tree in full bloom, and gold and onyx details for its luxurious interior.

The restaurant’s owner, Ismaeel Waseem, who also runs a branch in Watford, north London, reportedly said: “We thought there was a gap in the market for a dessert shop in York.”

The franchise has come a long way since it opened in 2008, with an extensive menu that boasts cheesecake, tortes and brownies, as well as exotic desserts like kunafah, mochi, and croffle.

In addition, there’s also profiteroles, chocolate shots, milkshakes, and sundaes to consider, with delivery available through Deliveroo and Just Eat.