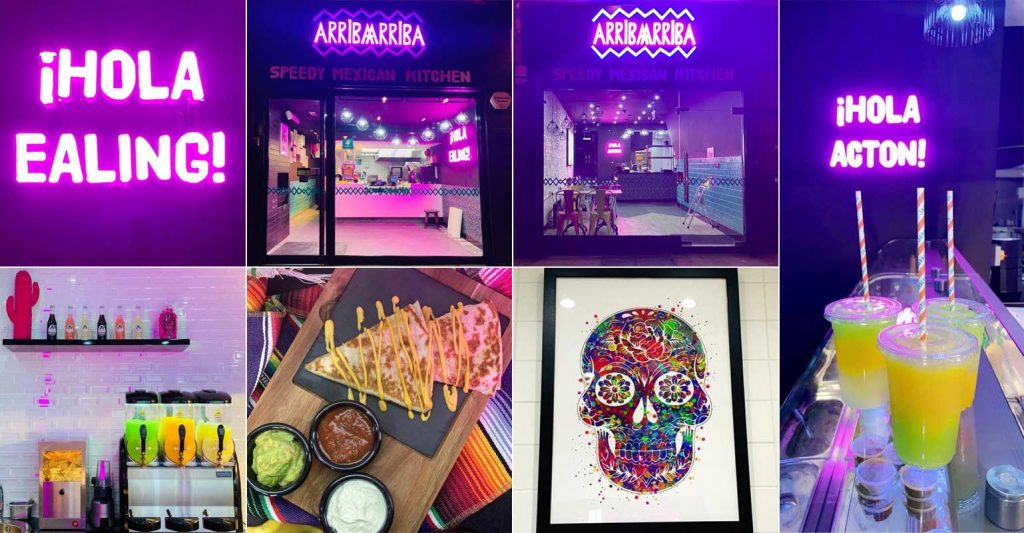 Long-standing Halal burger joint Smokeys, who’ve been serving their sandwiches in London’s West Ealing since 2015, are sadly no more.

The owners have, instead, launched in its place not one but two Arriba Arriba Mexican stores, with the second having opened down the road in Acton last year in December.

Judging by the decor, there’s certainly been a lot of thought put into the design, with plenty of psychedelic colours and paraphenalia representative of Mexico.

With desserts made up of chocolate filled Churros or cinnamon-sprinkled Chocodilla, Arriba Arriba delivers through Just Eat and Deliveroo.

London Caribbean wagyu at Slice of...

Lebanese The Sunset Lounge opens i...