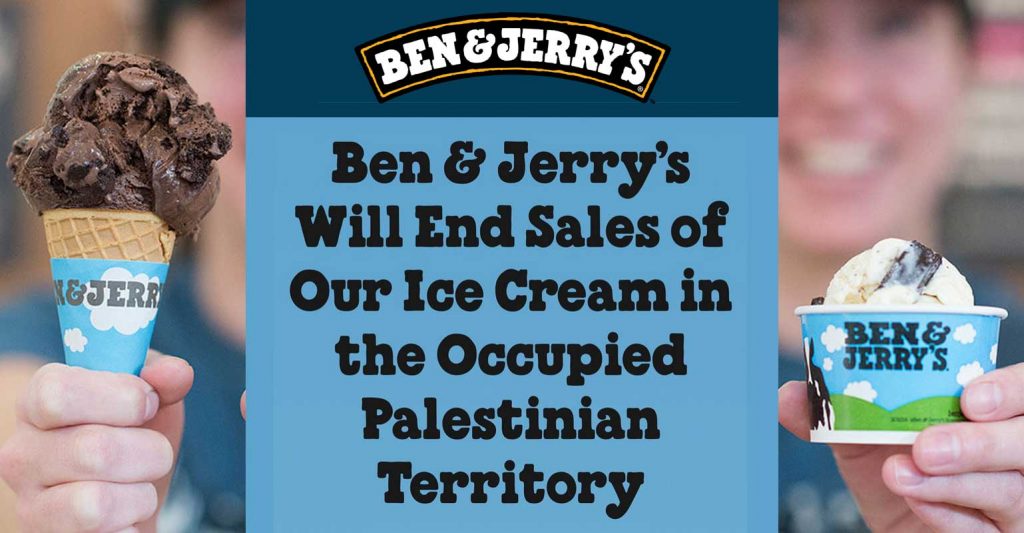 Ben & Jerry’s have announced that they will be ceasing all ice cream sales in the “Occupied Palestinian Territory (OPT)” since “it is inconsistent with our values”.

The ice cream giants made the announcement on their website earlier today before publicising the decision across their social accounts.

The franchise declared: “We believe it is inconsistent with our values for Ben & Jerry’s ice cream to be sold in the Occupied Palestinian Territory (OPT). We also hear and recognize the concerns shared with us by our fans and trusted partners.

“We have a longstanding partnership with our licensee, who manufactures Ben & Jerry’s ice cream in Israel and distributes it in the region. We have been working to change this, and so we have informed our licensee that we will not renew the license agreement when it expires at the end of next year.

“Although Ben & Jerry’s will no longer be sold in the OPT, we will stay in Israel through a different arrangement. We will share an update on this as soon as we’re ready.”

While accusations of antisemitism typically began being churned out by Israeli loyalists almost immediately in response, there was plenty of support.

One Instagram account @Jew.It ranted: “Calling out @benandjerrys for the antisemites they are,” with another responding: “Been boycotting ben and jerries for YEARS. Their whole website is littered with the most vile and hateful statements.”

But others have responded in support including Jewish Voice For Peace who hailed the move as a “BDS VICTORY! Palestinian-led organizing works!” with BDS standing for the ‘Boycott, Divestment, Sanctions’ – a movement that “works to end international support for Israel’s oppression of Palestinians and pressure Israel to comply with international law”.

BDS said: “The BDS movement welcomes Ben & Jerry’s decision as a decisive step towards ending the company’s complicity in Israel’s occupation and violations of Palestinian rights.”

HMC team up with Halal Now to laun...

US chain Popeyes in London’s W...