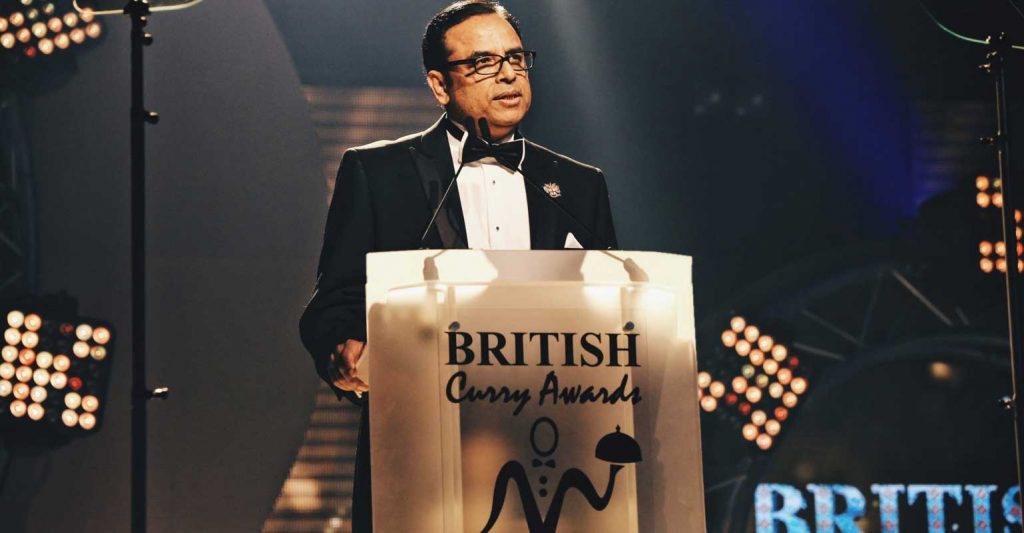 Enam Ali MBE, who has been hailed the “curry king” and “one of the leaders” of the UK’s curry industry, has passed away at the age of 63.

The founder of the prestigious British Curry Awards died early this morning, Sunday 17 July, with tributes pouring in from across the food and drinks industry.

Receiving an MBE in 2009 for his contributions to the curry sector, Mr Ali was also awarded the “Freedom of the City of London” in 2011.

Having launched the restaurant magazine Spice Business in 1998, the owner of Le Raj Restaurant in Surrey’s Epsom later established a TV channel called ION in 2016.

Declaring Mr Ali “one of the leaders and friends of the curry industry”, Curry Life magazine’s Editor-in-Chief, Syed Nahas Pasha, said on Facebook that he and his team were “saddened by the loss” of the “curry legend”.

The Bangladesh-born British entrepreneur was also hailed by the Foreign Minister of Bangladesh, Abul Kalam Abdul Momen, who reportedly said: “Enam Ali was a very well-known face of the Bangladeshi community in Britain. He has brightened the face of Bangladesh besides contributing to the curry industry with his talent.”