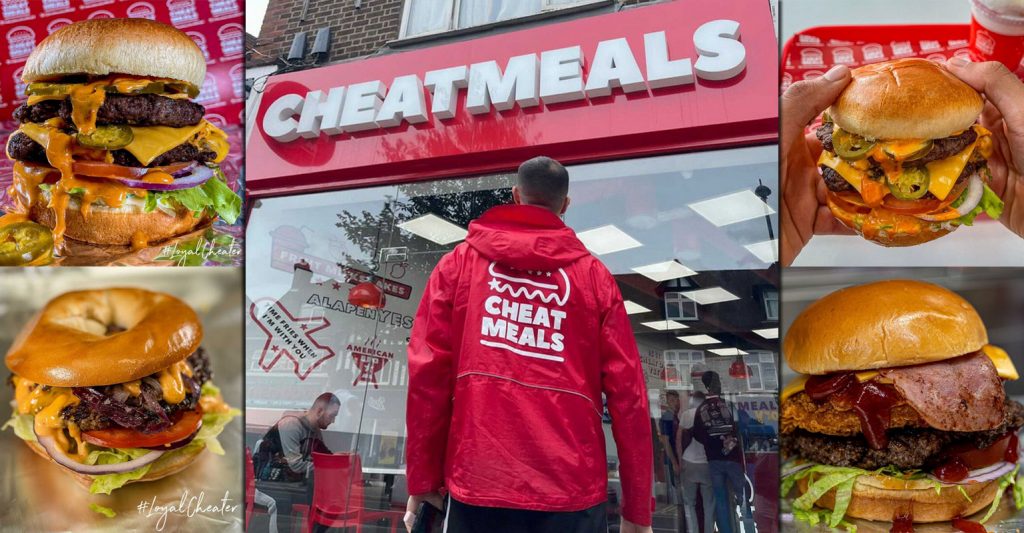 A burger brand whose concept was conceived in a gym has opened its fifth London branch earlier this week in west London’s Hillingdon.

Located on Station Road, Cheatmeals launched in Hayes town centre with a menu that specialises in burgers, bagels and hot dogs.

According to their website: “The Cheatmeals Journey began, unbelievably, in a Gym. The idea was a training regimen, including a ‘CheatMeal’.

“This program became so popular; a small restaurant started up at the back of the Gym. As word spread, the opportunity to purchase space next to the Gym appeared, the very first Cheatmeals was born.”

In fact, the idea has been so popular that their other four sites in Ealing, Harrow, Rayners Lane, and Borehamwood, were all opened in quick succession, with plans even of “expanding into Europe very soon”.