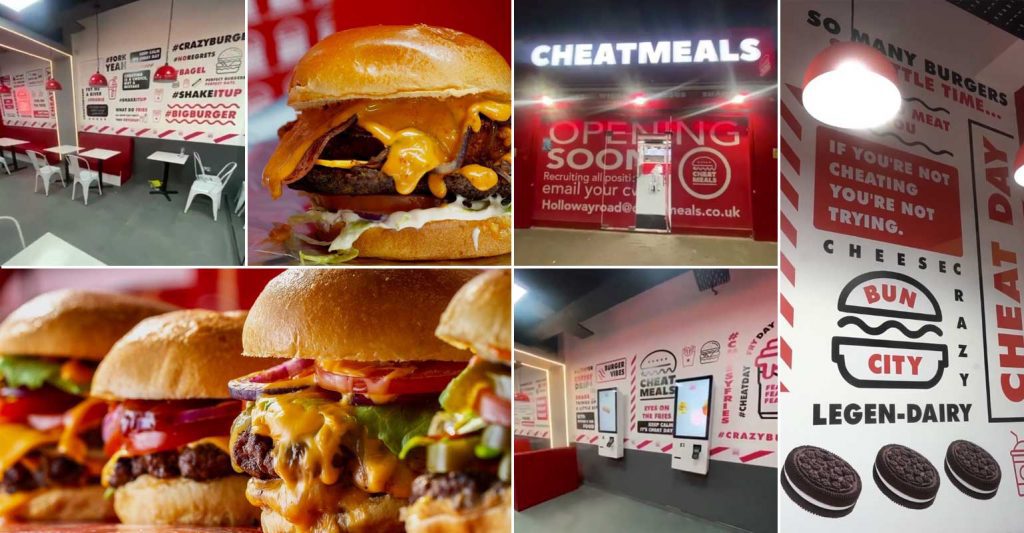 A burger brand whose concept was conceived in a gym is preparing to launch its tenth branch tomorrow in north London’s Holloway (credit: Zaman Siddiqui).

With a menu that specialises in smashed burgers, bagels and hot dogs, Cheatmeals will be opening its doors at 6pm with a ‘buy one get one free’ on Holloway Road.

According to their website: “The Cheatmeals Journey began, unbelievably, in a Gym. The idea was a training regimen, including a ‘CheatMeal’.

“This program became so popular; a small restaurant started up at the back of the Gym. As word spread, the opportunity to purchase space next to the Gym appeared, the very first Cheatmeals was born.”

With sites in London’s Rayners Lane, Harrow, Ealing, Hayes, Notting Hill Gate, and Kilburn, as well as in Slough, and Hertfordshire’s Borehamwood, they have plans of “expanding into Europe very soon”.