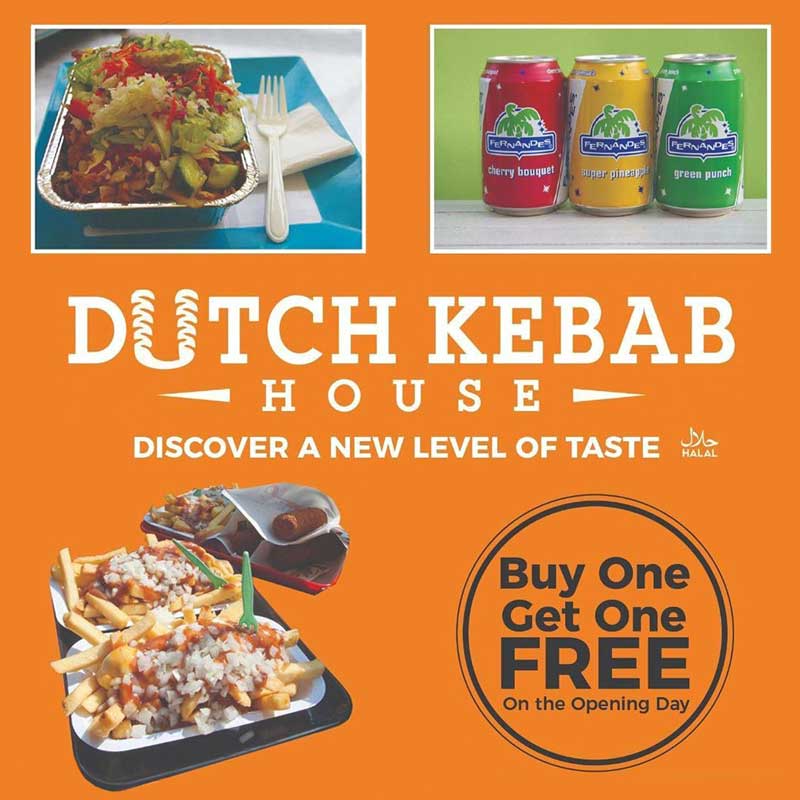 You might recall that in 2018, we welcomed Dutchies – the country’s first Dutch snackbar in Birmingham – which also happened to be Halal.

Tomorrow the fully Halal Dutch Kebab House will be opening in west London’s Shepherd’s Bush with a ‘buy one get one free’ offer on their opening day.

Located on the long stretch of Uxbridge Road, this eatry will be serving a selection of meats that include Yaprak or calf meat.

Their menu is straightforward enough with their kebabs served in naan sandwiches, wraps, doner boxes and in Turkish lahmacun pizzas.

They also do Kapsalons – a fast food dish invented in the Dutch city of Rotterdam which consists of a layer of french fries topped with shawarma meat and covered with melted cheese, before being heated in an oven until the cheese melts and served in a disposable metal takeaway tray.

For snacks, they offer what’s known as Kipcorn, another typical Dutch fast food item that’s sausage-shaped and consisting of chicken or turkey meat slurry, breaded with a crust of corn or breadcrumbs.

The Hungry Cow launches today with...