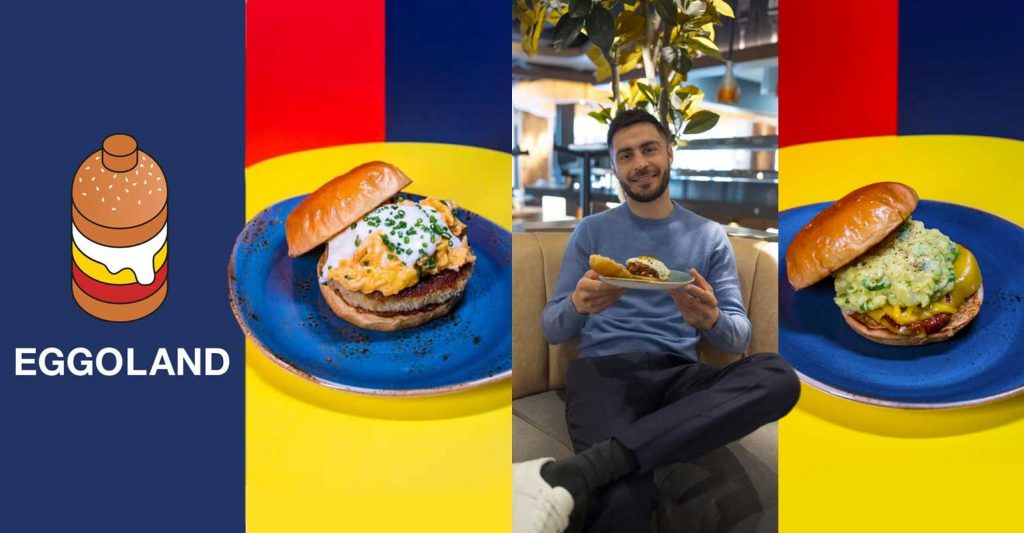 An Afghan refugee who entered the UK as a boy in the back of a lorry is today preparing to open his first restaurant in London.

Professional boxer and personal trainer Sohail Ahmad will be adding another string to his bow when he launches his catchily-named Eggoland next month.

“Eggoland is a concept born from founder, Sohail Ahmad’s frustration at never being able to order his eggs just the way he likes them,” according to the restaurant’s Facebook page.

As the name suggests, the fully Halal menu will revolve entirely around eggs, with the entrepreneur making certain that prices are as affordable as possible.

Located on 5-7 Tottenham Street, London W1T 2AG in Fitzrovia, the restaurant will be presenting innovative dishes from as little as £4 that include:

Having arrived alone to the UK at the tender age of 12, Sohail’s first job was in fact in hospitality, where a demanding role as restaurant dishwasher meant him having to juggle long hours with school work.

“I have always loved the restaurant business and have a passion for food,” Sohail told Catering Today, who added: “If you’ve got a great idea, a great concept, and a good team around you, you can make it happen.”

Burmese Lahpet to cater for Halal...