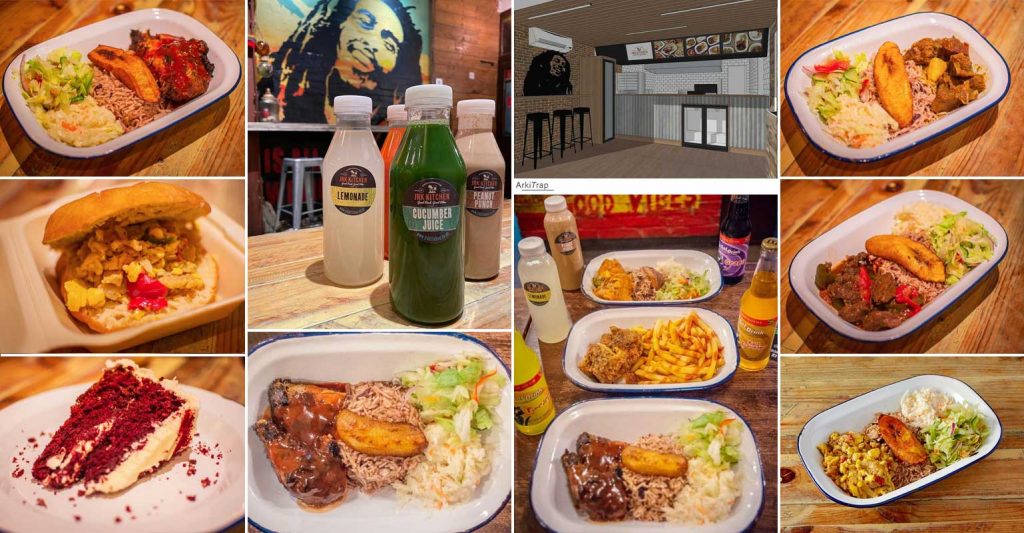 JRK Kitchen, whose original site in London Bayswater was forced to close after being gutted by a fire in 2019, is now preparing for its long-awaited return.

The fully Halal Caribbean brand is now currently in the middle of renovating its site on Porchester Road with the aiming of reopening in June. But there’s more!

The owners behind JRK Kitchen are also busy working on a new brand called Grab Burger which they hope to launch next door at around the same time with plans of opening two more in Dalston and Forest Gate.

As for JRK, then their menu revolves around Specials which includes the staples of Jerk Chicken, Curry Goat, and Oxtail, as well as Peppered Steak, Brown Stew Chicken, Ackee & Saltfish, and more, with all specials served with rice, fried plantain, coleslaw, and salad.

In addition to Sides that include a selection of dumplings, Mac & Cheese, and Homemade Patties, they also serve Homemade Punches like Peanut Punch, Fruit Punch, Sorrel, Soursop, and others.

While there’s also a branch in Fulham on Walham Grove, JRK Kitchen will be opening it seems with delivery options through Uber Eats and Deliveroo.