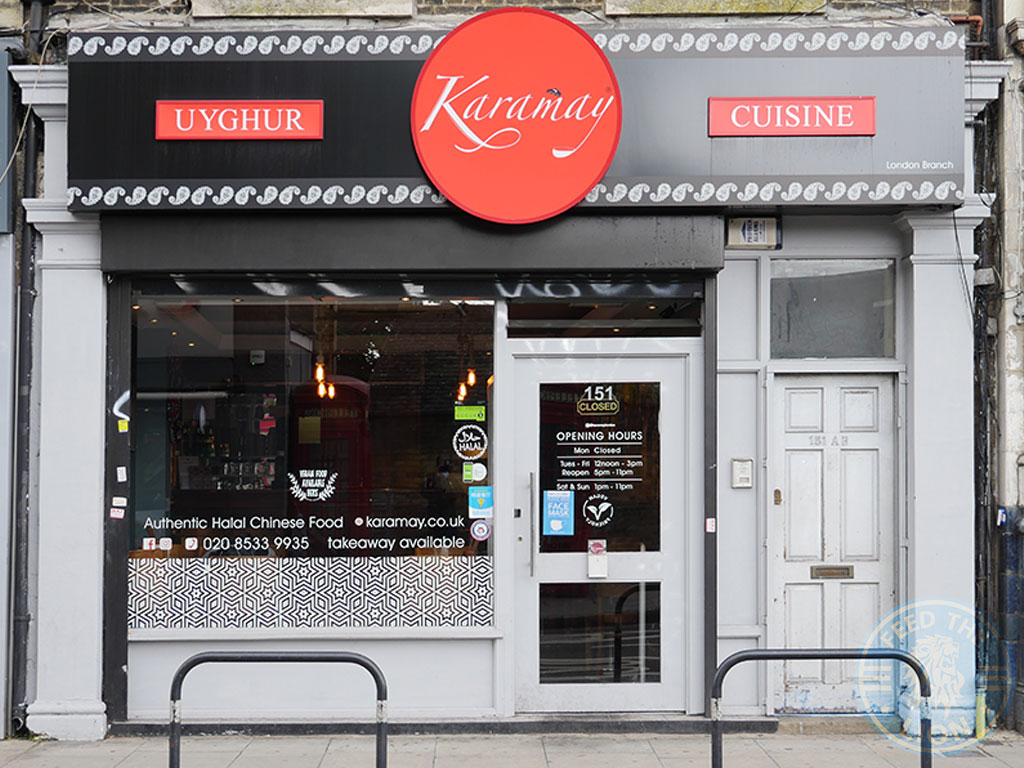 We’ve had the pleasure of reviewing a number of London-based Uyghur restaurants over the years; and we can say, without hesitation, that none of them have disappointed. 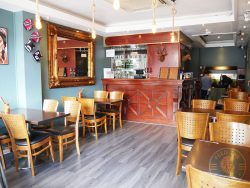 Quite the contrary in fact, with Xinjiang’s multi-ethnic influence ensuring a multi-faceted cuisine that’s always full of arousing flavours and aromas.

Though specialising in Uyghur cuisine, Karamay in Hackney distinguishes itself somewhat from its competitors Etles in Walthamstow and Childs Hill (respectively rated 4/5), and Central London’s Turpan (rated 4.5/5), by also including Chinese cuisine on their menu.

With their first branch in Leicester having opened in 2015 – making them, as they claim, the “very first authentic Uyghur cuisine in UK” – this cosy 28-cover eatery opened in 2018 on Homerton High Street.

Being simply decked out, with traditional wall ornaments, the restaurant’s most impressive feature is a 12 x 5ft wall-mounted copy of a painting depicting a musical gathering known in the region as a Mukam.

But the burning question on our mind, before going in, was whether this husband- and wife-run eatery would live up to the standard set by Turpan late last year. 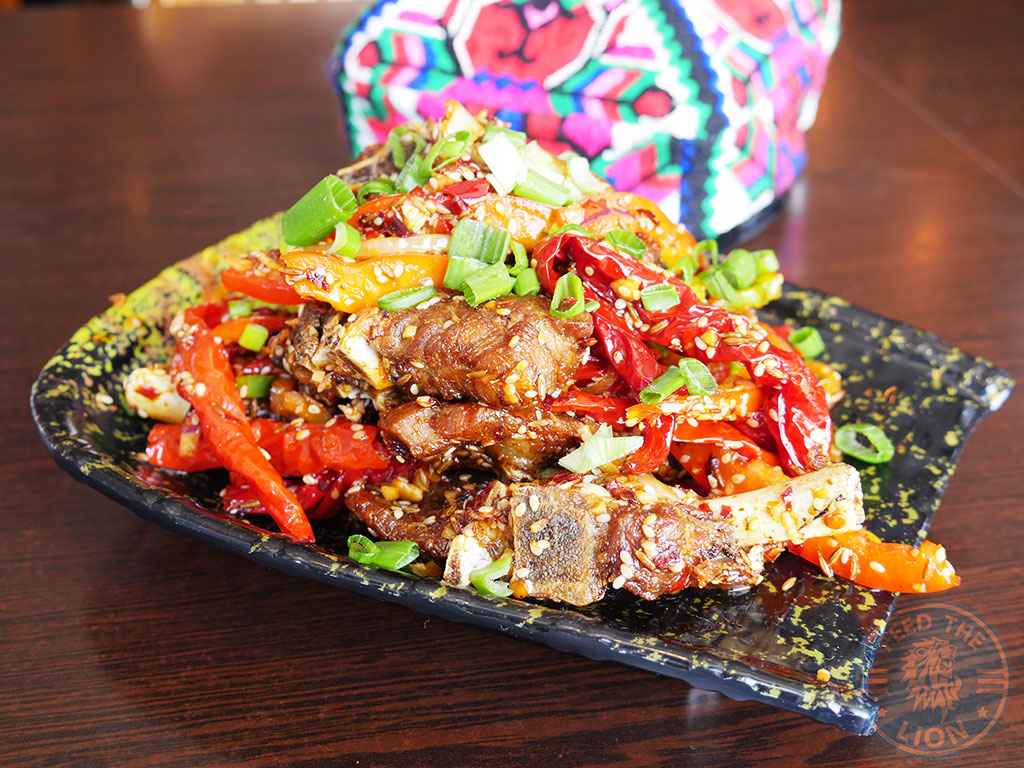 The above is the product of the innovation and hardwork of co-owner and chef Niyaz, who invented, while remaining true to the unique ingredients of his culture, these Crispy Lamb Chops.

The secret here was the impressive mixture of spices used as a marination for quick frying chops which, it has to be said, did err a tad on the fatty side.

With said marination comprising of fresh szechuan chilli and plenty of cumin seeds – both imported in from Xinjiang to deliver authenticity – the latter turned out to be quite distinct from the variety used by South Asians, being less intense in flavour, though no less aromatic.

With red onions, green and red peppers, and a sprinkling of sesame seeds completing this rustic dish, we didn’t just enjoy the complexity of the oily marination, but the szechuan chilli too, whose freshness brought some gentle heat along with that familiar palate-tingling sensation. 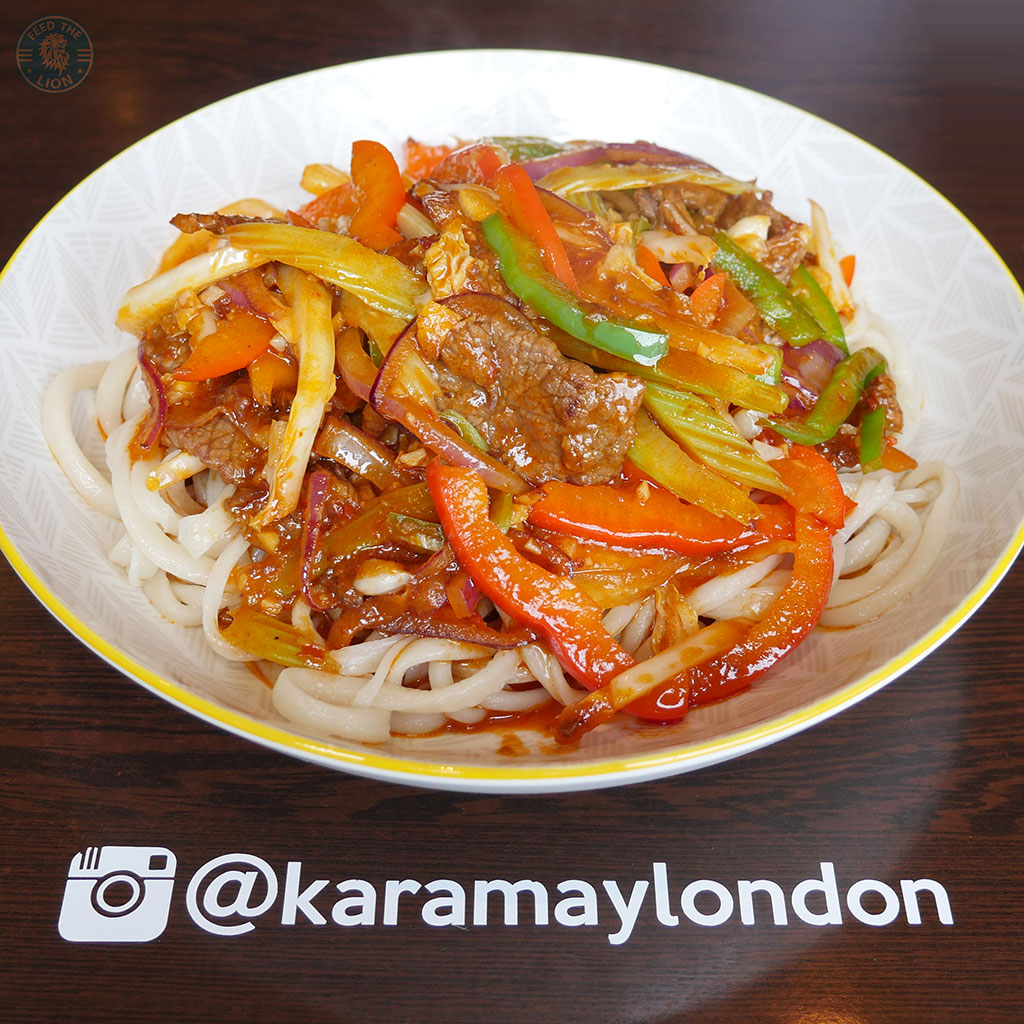 It’s heartening to note that all three Uyghur restaurant brands we’ve reviewed, thus far, have been committed to making their very own hand-pulled noodles.

In the case of this Chef’s Special Leghman, such was their sublimity, that had they been served au naturel, we would easily have devoured an entire plate full before asking for seconds.

As it so happens, the noodles were topped with a superbly rich broth containing deliciously chewy pieces of beef, tomato segments, and lots of red onions, as well as chunks of celery, and red and green peppers, both of which managed to retain a good bite.

And though the broth was, by default, served mildly spiced, we’d definitely recommend requesting upping the heat, as we did with the following order below, if you prefer more of a kick to yours. 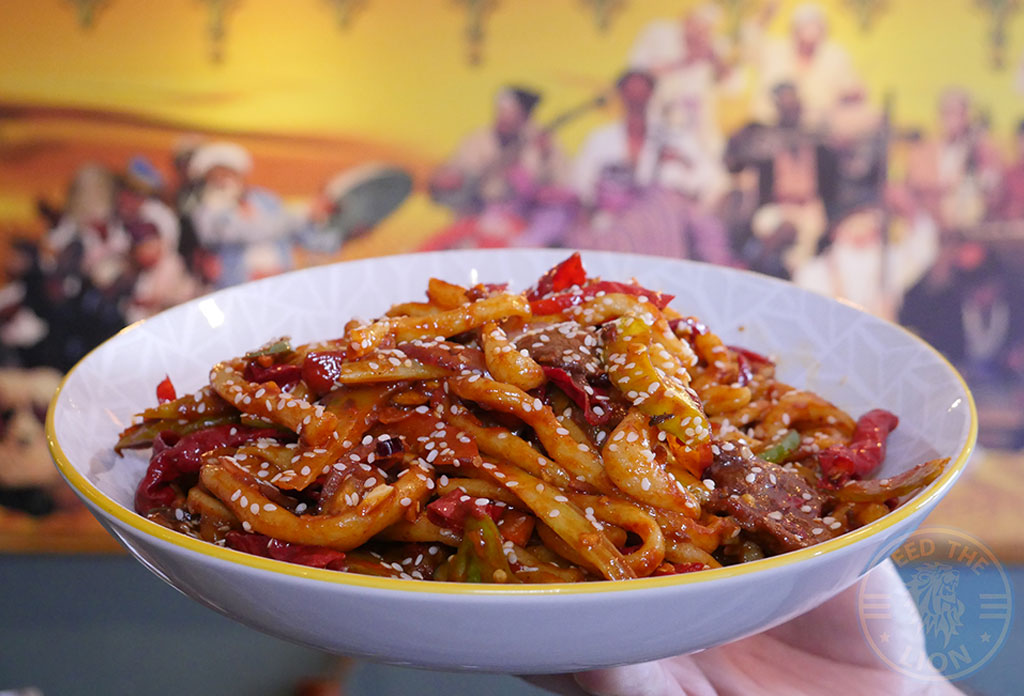 Unlike the fresh szechuan chillis used in the above dish, the chef made use of the dry variety in this Signature Fried Noodle, which, we suspect, significantly contributed to the level of heat that collectively excited us.

Moreover, with the noodles in this large bowl of goodness being thicker than the Chef’s Special Leghman, we thoroughly enjoyed its more chewier texture, in addition to the smoky undertone that underpinned one of the best dishes of this review. 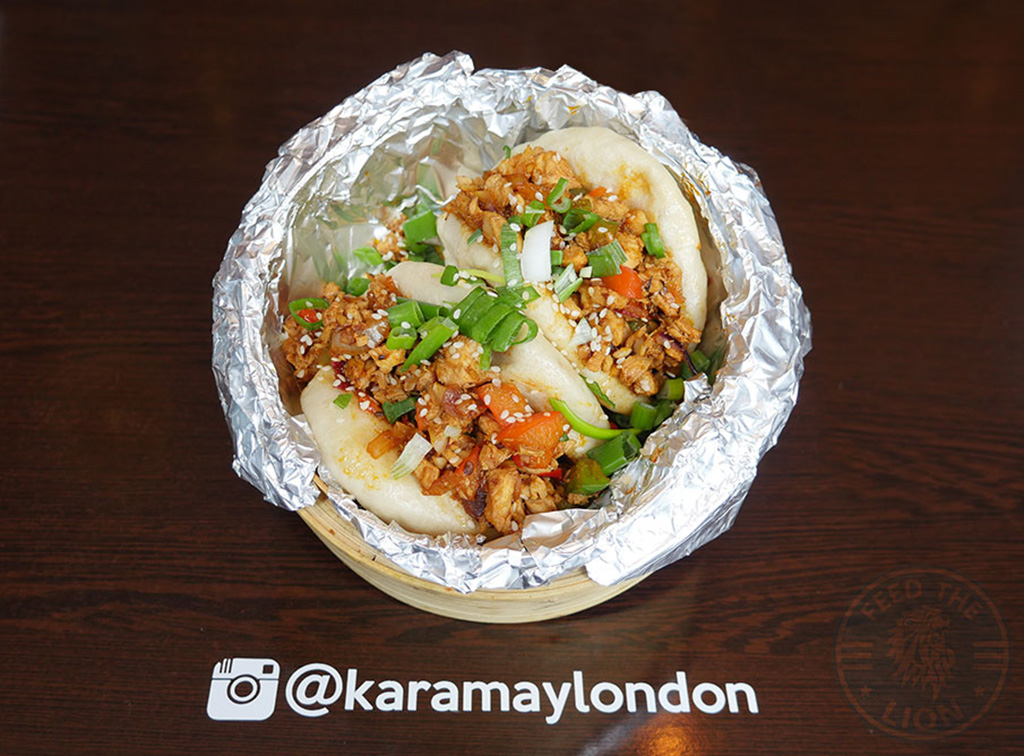 A Chinese Murger indeed! Again, no shortcuts with these handmade bao buns, which boasted a soft-cum-cushiony texture; and was filled to the brim with lightly marinated chicken nibblets that had a lingering heat to them. 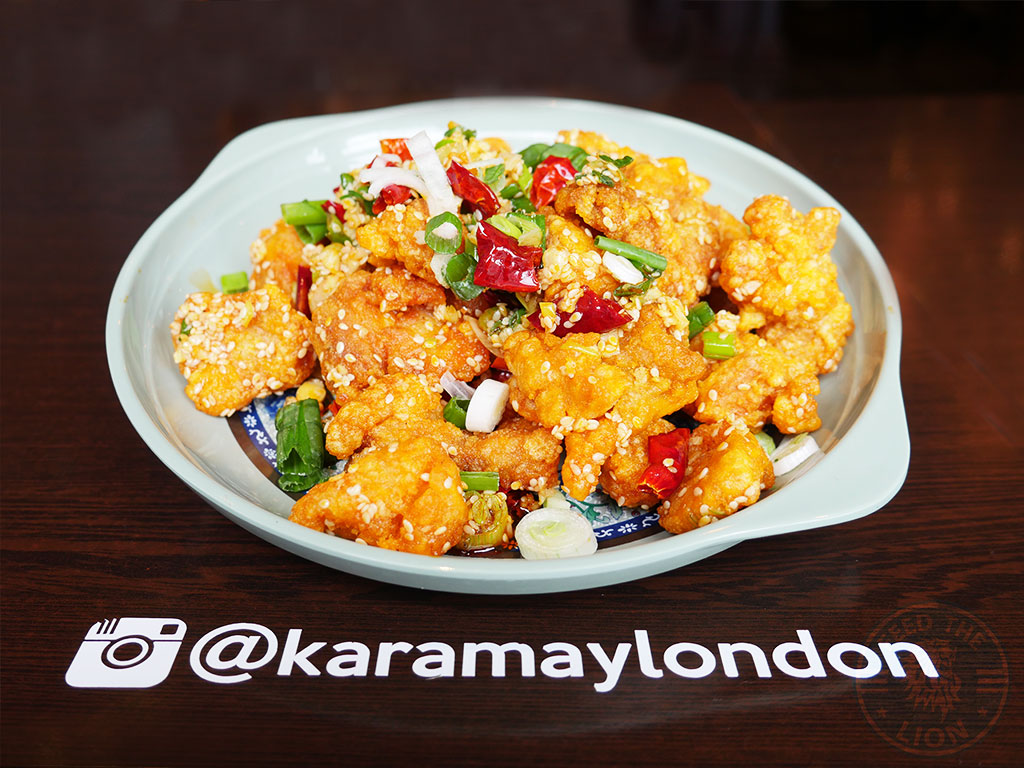 There’s really only one word that encompasses how good these Chinese chicken nuggets were – addictive!

Despite being deep fried, the crumb coating surrounding these succulent pieces of poultry didn’t just deliver on mellow, mouth-numbing heat courtesy of the dry szechuan chillis, but were beautifully chewy and crunchy in texture too.

Add to that all the sesame seeds mixed in with the finely diced spring onions, and what you had here was street food personified. 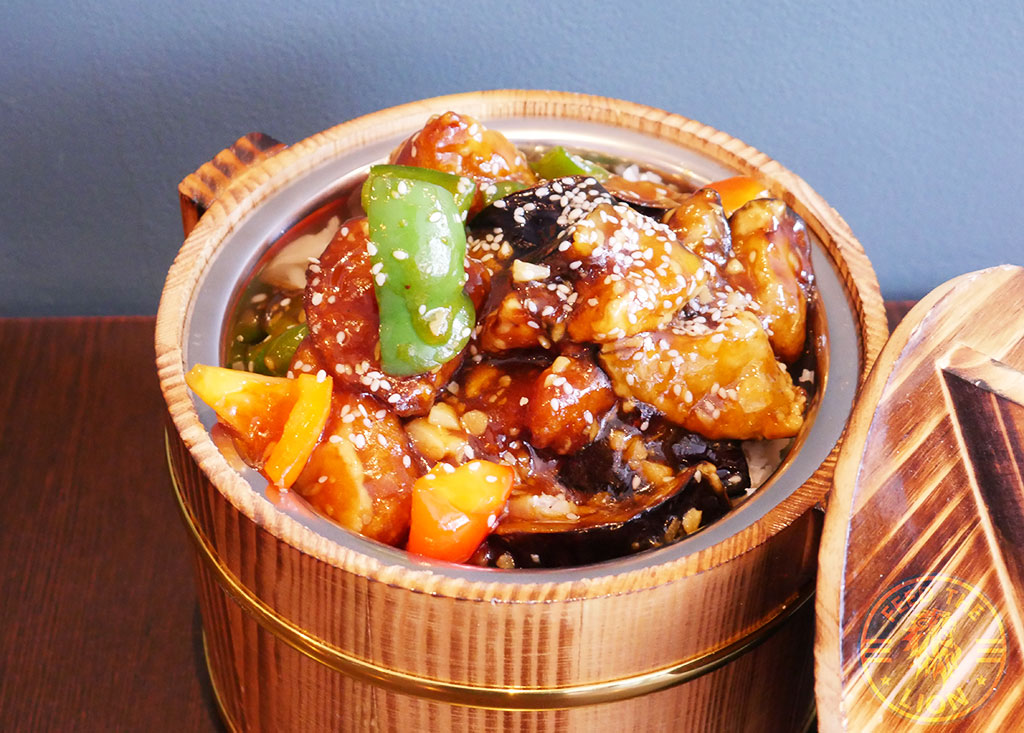 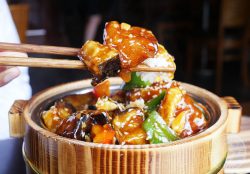 There was more to this seemingly straightforward rice pot of Braised Aubergine Potato with Green Pepper than meets the eye, including having recently imported in quaint little rice pots to enhance presentation and add to the overall experience.

This entire dish was driven by a finger-lickingly good, dark brown and viscous, smoky barbecue sauce, which beautifully coated the braised potatoes – wispy-soft on the inside, but with a surprisingly subtle chewy bite to them – and the chunks of aubergine, which managed to retain some firmness.

With the sticky rice beneath being steamy-fresh, this flavourful item would be ideal for vegetarians. 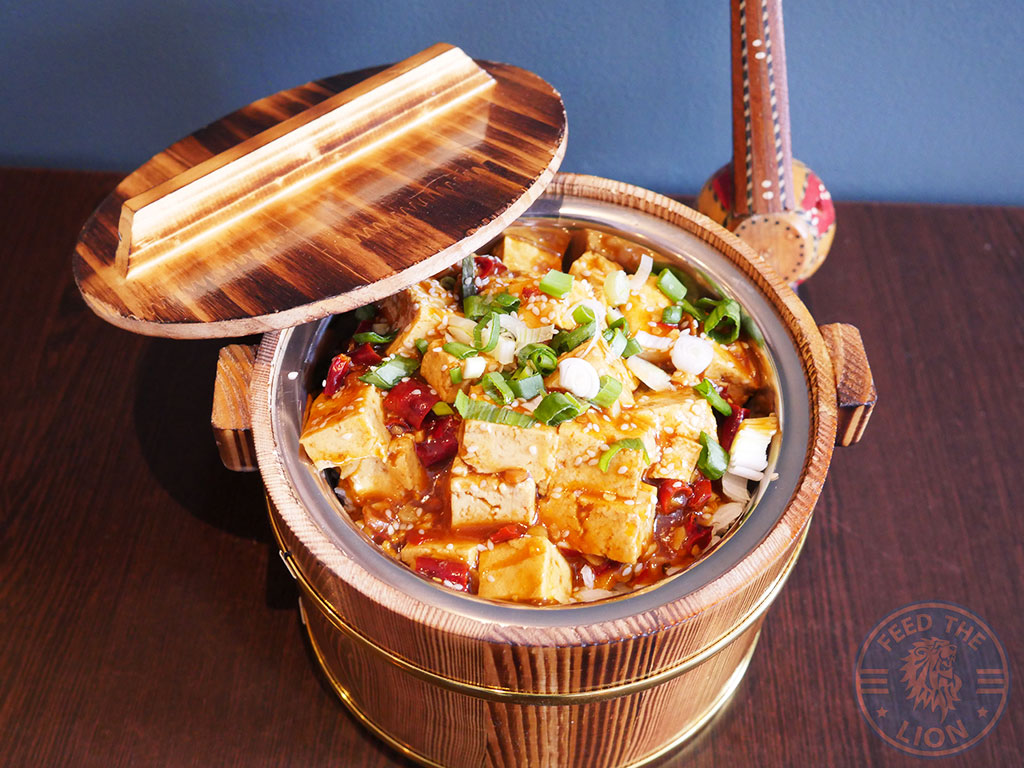 Yet, as utterly soft and delicate as these tofu squares were in this new addition to their soon-to-be updated menu, the same glossy sauce that worked so well in the above pot, didn’t quite impart enough flavour to carry this Mupo Tofu through till the end.

As such, while all the elements therein were perfectly executed, what this was screaming out for was either a more strongly flavoured sauce, or an additional element to help lift things.

THE ROAR
Karamay
4.5 FTL's Roar
3 Pride's Roar (4 Roars)
Alcohol/ Pork?
FSA HYGIENE RATING
Last Checked: 11/07/2021
Facilities
Summary
That's three out of three when it comes to reviewing Uyghur restaurant brands. The first was Etles, where both sites in Walthamstow and Childs Hill were rated a solid 4/5. The second was Turpan, which set the benchmark for UK Uyghur cuisine with 4.5/5. And now Karamay also joins them with an impressive 4.5/5.

Karamay is an exceptionally good place to visit; and one that's run by a young Muslim family who are absolutely passionate and dedicated to flying the flag and flavours of Uyghur cuisine in the most authentic way. The added bonus to visiting Karamay, however, is that you also get to choose a variety of delicious Chinese dishes.

More importantly, there's no better time to go try Uyghur food if you haven't already, since we've teamed up with Karamay to offer our readers an EXCLUSIVE 50% off the entire menu (dine-in only; pre-booking required) from Tuesday to Thursday for this week only (valid until 29 July 2021). 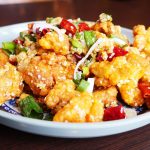 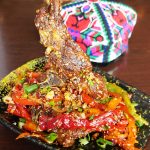 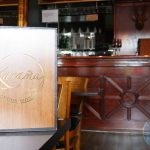 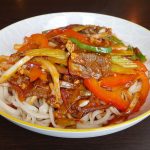 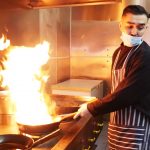 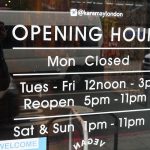 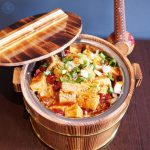 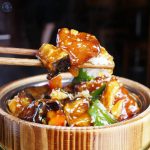 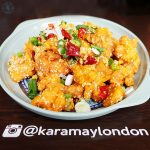 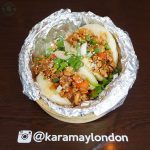 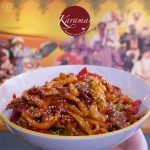