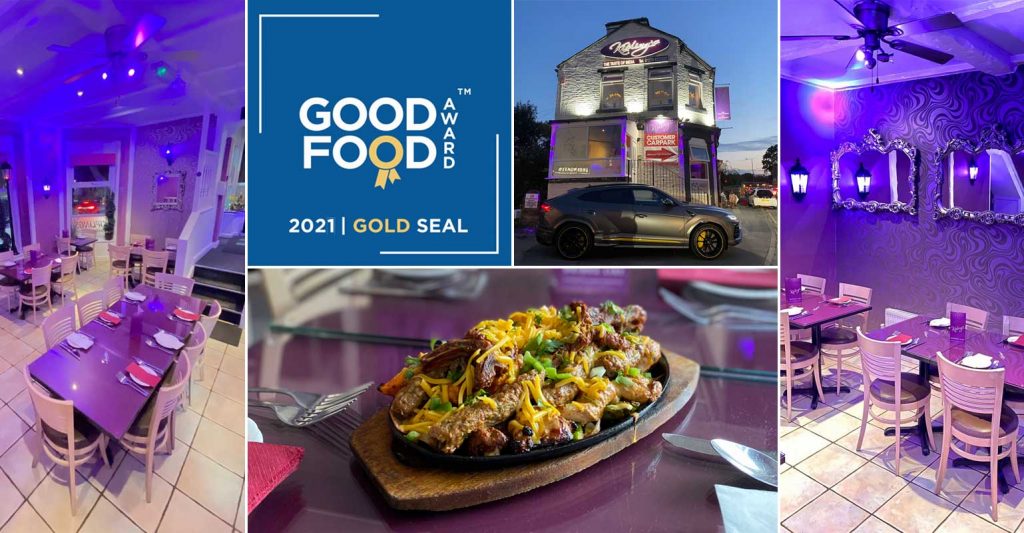 A multi-award winning Indian restaurant in Bradford adds the prestigious Good Food Award ‘Gold Seal’ to its list of achievements.

Kipling’s in Greengates, which offers a fully Halal food menu (alcohol is also served), received the recognition for winning the award three years in succession.

The family-run business on Harrogate Road was both nominated and voted by customers while being judged on factors like food of quality, customer feedback, and food hygiene standards.

Rated 16 out of 458 and seven out of 85 Indian restaurants in Bradford on Trip Advisor, the venue also boasts a 5-star hygiene rating.

The long-standing brand has won a number of awards over the years that include The Food Awards two years in a row, the British Curry Awards, as well as others going back to 1995.

Kipling’s was also part of the winning team for Bradford’s Curry Capital of Britain when it helped create a record-breaking 114kg samosa which made it into the Guinness World Records book in 2012.

Kipling’s was established over two decades ago by award-winning chefs Tariq Mahmood and Mohammod Rafiq, who are affectionately known by regulars as ‘RAF’.

The restaurant was named after the famous author and poet, Rudyard Kipling, an English gentleman living in India, according to their website.