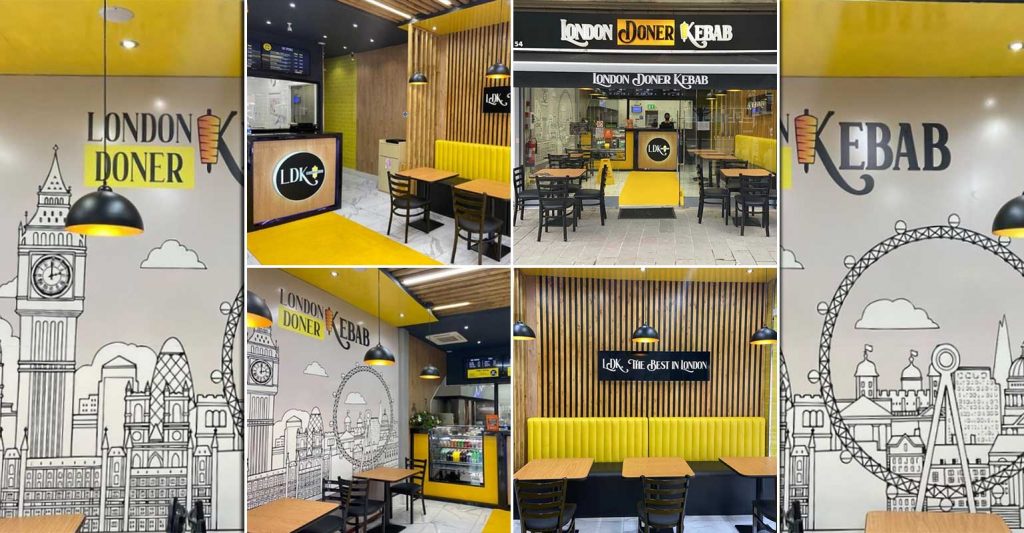 A new doner kebab concept, whose colour scheme might look familiar to some, has opened in the west of the capital.

London Doner Kebab has launched next door to Shahi Nan Kebab on the High Street of Southall with 20% off the entire menu (eating in) by signing up to their email list via their website.

As with the established Halal doner brand GDK, or German Doner Kebab, LDK (London Doner Kebab) also appears to serve its doner kebab wrapped in a bread much like said brand’s, while also serving similar such doner burgers.

With Doner Bowls also on the menu, which includes the choice of rice or fries with the option of a salad bowl or cheese bowl, they also do a selection of desserts.

London Doner Kebab have started delivering through their partners Just Eat, with Uber Eats potentially on the way.