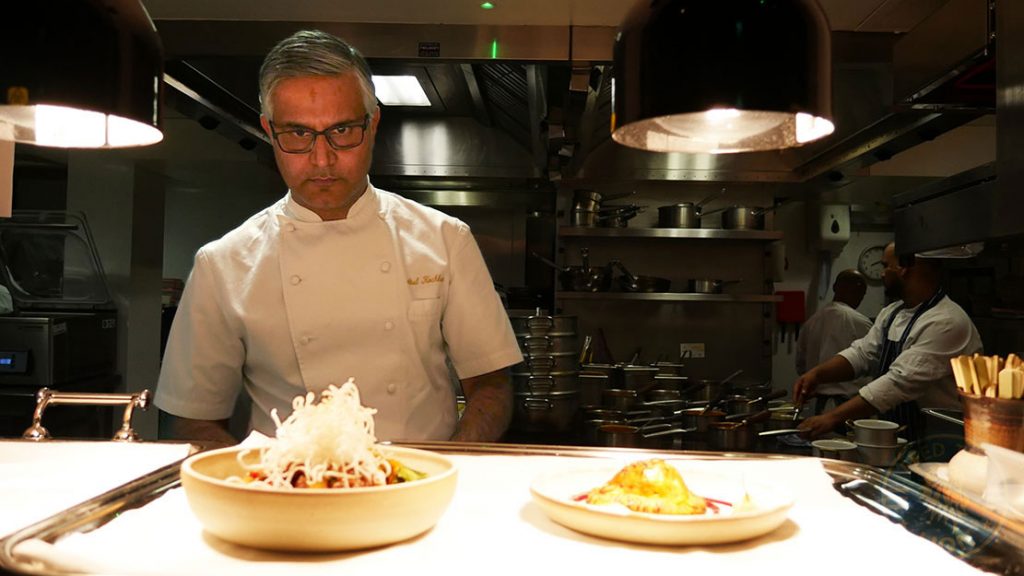 One of the UK’s leading Indian chefs has confirmed that his next restaurant in London’s Wembley Park will be catering for Halal.

Double Michelin Chef Atul Kochhar will be opening Masalchi on the corner of Olympic Way and in-between the Olympic Steps – the new entrance to the National Stadium – and Wembley Park Boulevard.

Whilst the restaurant will be a “fully licensed premises”, Atul told FtLion: “It’s all Halal. I haven’t put any pork on the menu. But, in season, we may have Venison; and finding Halal Venison is a bit tough.”

Masalchi, which means ‘The spice master’, will offer a Pan-Indian menu that’s been inspired by food discovered at street markets during Atul’s gastronomical travels of India.

It’s all Halal. I haven’t put any pork on the menu. But, in season, we may have Venison; and finding Halal Venison is a bit tough. – Chef Atul Kochhar

Open seven days a week from noon till 10pm, some of the menu’s highlights include specials such as Gurda Kapura Masala – a spicy curry made with offal; Purani Dilli Ki Nihari Handi, or Old Delhi-Style Lamb Stew).

Among the menu’s grills will be Miyaji Sheekhwale, which will be a lamb sheekh kebab recipe from a Lucknowi family, as well as half plates featuring Saag Aloo Pyazi – onion bhaji with spinach and potatoes; and Ambasari Jhinga – spicy and crisp prawns.

This will be Atul’s fifth restaurant brand which includes Kanishka in Mayfair which FtLion rated an impressive 4.5/5 in 2019.

Not only will the chef also be opening another restaurant called Riwaz in Beaconsfield, but according to a recent Instagram post, this will have a sister eatery in The Pantiles area of Royal Tunbridge Wells (opening date unknown).

With Wembley Park’s multi-billion transformation being one of the largest urban transformations currently underway in Europe, Atul said opening this “new dining concept in this neighbourhood and destination… makes a lot of sense”.