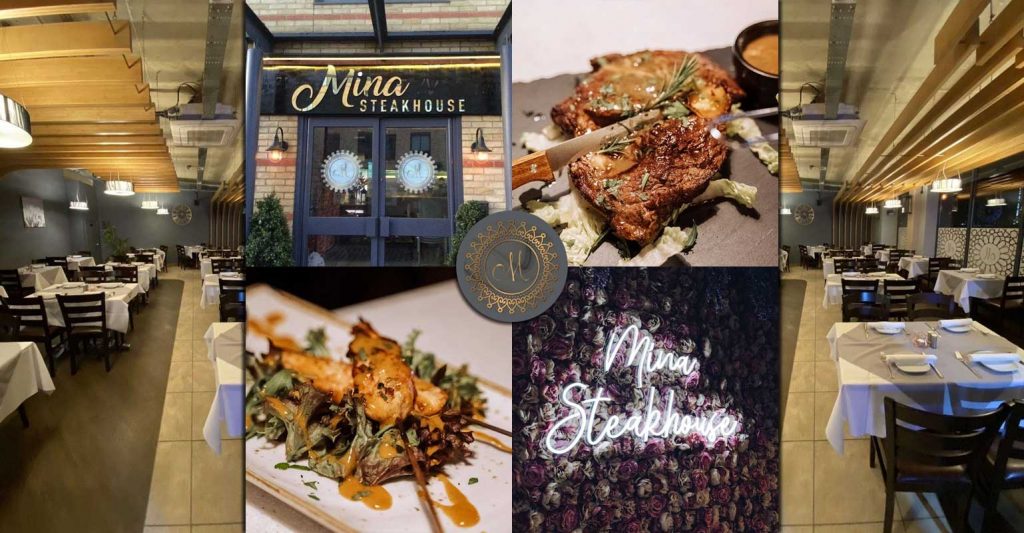 Having opened earlier this week, Mina Steakhouse is unique in that it’s Cambridge’s “first full Halal steakhouse”, the owner has said.

Located on Brookgate and the regeneration of the Station Road area, this 64-cover restaurant is smartly decked out with one of those Instagrammable flower-walls.

While the owner confirmed: “It’s the first fully Halal steakhouse in Cambridge which is exciting,” he also clarified: “Alcohol we are not selling in the premises at this moment. We wanted to open first to see how things go with no alcohol sale [sic].”

To celebrate, they’re offering 10% off for all customers in addition to 20% off for all groups of eight or more until 9th February.

As for their menu, then for Starters you might want to consider the Mina Special Salad, or perhaps their Mina Riba, given that they’ve put their name to these; although there is an intriguing Rose Smoked Salmon.

For mains there’s eights steaks to choose from – all served with vegetable satay, onions rings and corn on the cob – with their two most prized ones being the 500g Chateaubriand for two persons, and the Mina Gold Steak – an 800g fillet coated with 24ct gold leaf.

Alongside a few burgers, they also do three types of House Specials comprising of two kinds of lamb and chicken, and three seafood dishes, as well as a kid’s menu, and more.

While Mina Steakhouse is currently open 6pm until midnight, from Monday they’ll be open for longer from noon till 11pm.

25% off The Urban Chocolatier laun...