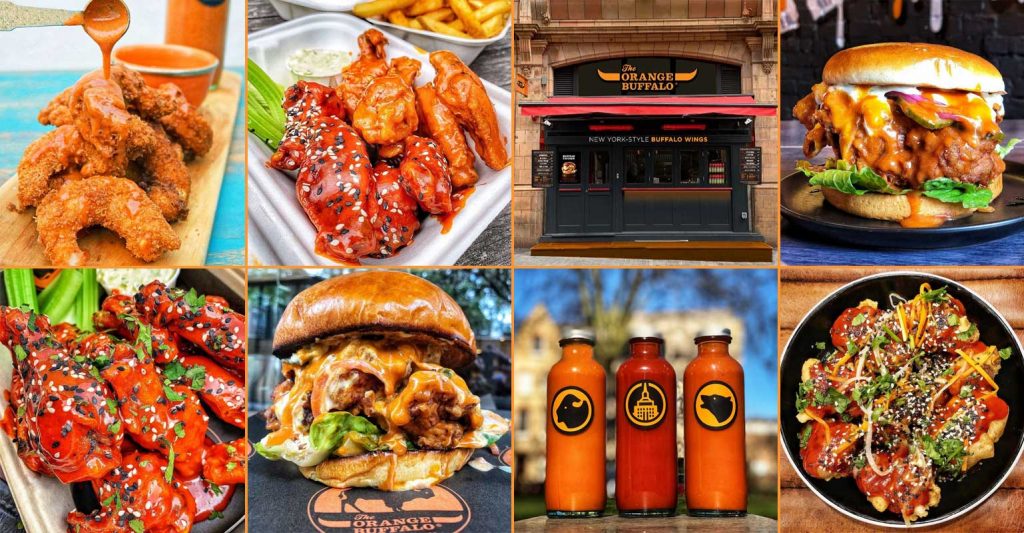 New York-style chicken wing brand The Orange Buffalo has launched its second bricks and mortar site and fourth London venue over all this week.

Having opened on Little Argyll Street in Soho, the award-winning restaurant has confirmed with FtLion that although “all sites [are] Halal”, alcohol is being served.

With lockdown restrictions having lifted to allow for an outdoor hospitality setting, The Orange Buffalo revealed: “We have a heated seating area outside for up to 24.”

Operating a hole-in-the-wall style kitchen, they will be serving their ‘signature’ range of burgers and wings primarily as a takeaway.

They are known for their trio of house-made sauces: The Original, made with Dutch chillies; Woof Woof, made with scotch bonnets, Dutch chillies and naga; and K-Town, consisting of gochujang paste, soy, honey and sesame seeds.

While there’s a permanent restaurant in Tooting and food trucks in Shoreditch and Hoxton Square, The Orange Buffalo is expected to open its first site under franchise later this year, with Milton Keynes and St Albans under consideration.