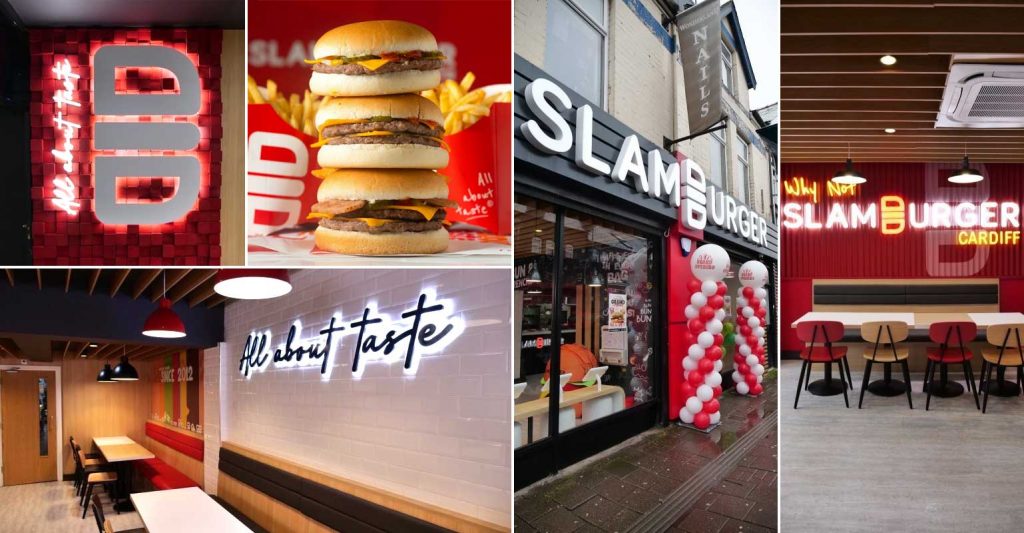 Slamburger will be taking a giant leap as one of the original Halal McDonald’s-inspired brands in the UK when it makes its Wales debut today.

With the grand opening scheduled for 5pm in the Welsh capital of Cardiff, there will be 50% off the entire menu on the day.

Located on City Road, this will be Slamburger’s eighth restaurant having first launched in Birmingham back in 2012.

Known for serving a range of burgers that include a rather impressive selection of imitation McD’s and Burger King sandwiches, FtLion had the opportunity of reviewing their fully Halal menu in Walthamstow following their London debut in 2019.