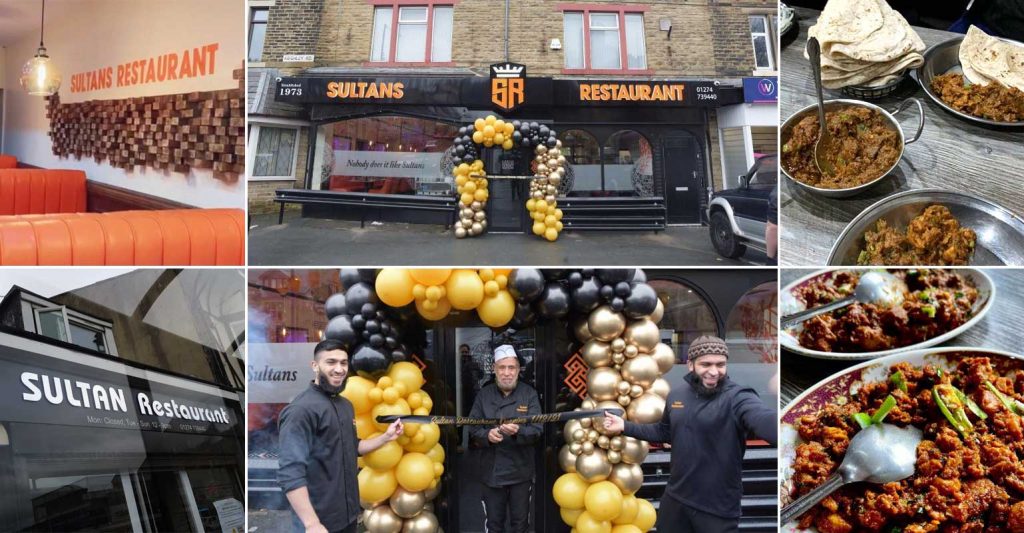 Previously situated on Manningham Lane as Sultan, the now pluralised eatery has opened on Keighley Road where its ribbon-cutting launch was conducted by 62-year-old owner Habib Ur Rehman.

First established in 1976, the family-run business won Best Takeaway at the Bradford Curry Awards in 2018 and is currently rated 24th best restaurant in Bradford, out of 458, on Trip Advisor.

While Habib will be assisted by his sons, Osama Haroon Habib and Zain Ul Abidin Habib, daughter Nazia Habib reportedly said: “It’s a big achievement for my dad, we’re so proud of him.”

Unlike many other typical curry houses, the menu here is to the point with five starters, followed by a number of main dishes such as Karahis, and a trio of potato-based vegetable curries.

But it’s Sultans’ Specials where it’s all happening, with dishes like Champ Kaleji, or sheep’s liver; Paiy, which is sheep trotters; Bateray, or quails; and the Sultan Fish Karahi, with traditional Desi Desserts like Gajerayla and Shahi Halwa finishing things off.