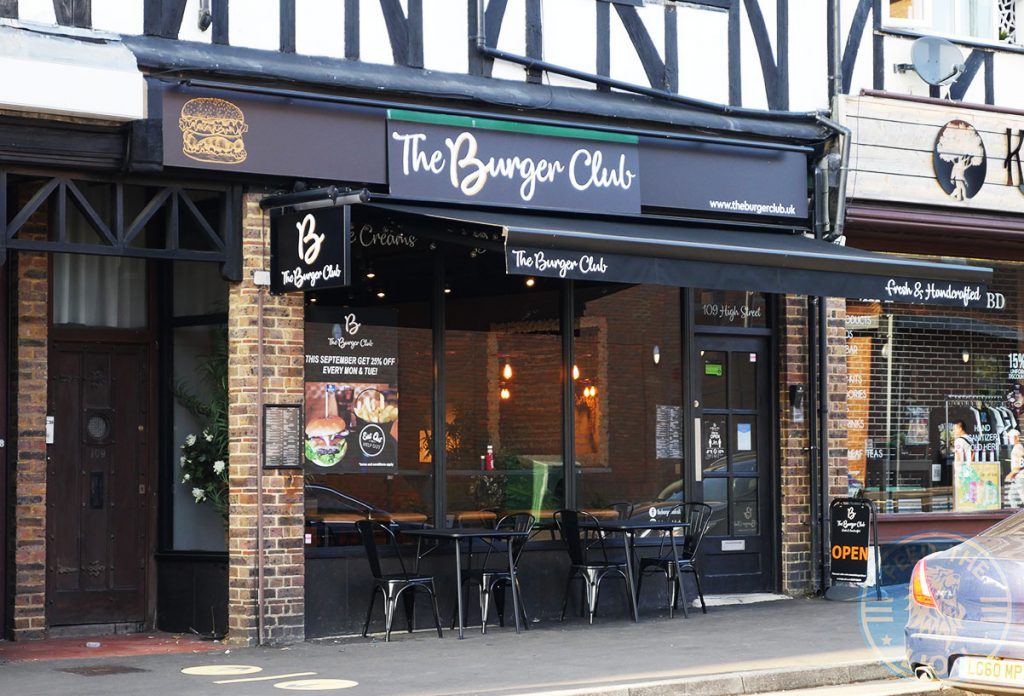 As with so many other restaurants this year, The Burger Club on Banstead High Street in Surrey was forced to open far later than it intended following the country’s nationwide lockdown.

The 44-cover restaurant undoubtedly stands out from anything Banstead’s Halal food scene has to offer, with a brand spanking new, fully Halal venue that smacks of class and modern elegance. 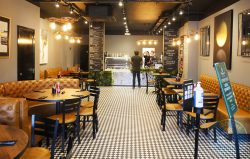 Boasting a dark colour scheme, the interior is warmly lit, with quirky decor, two comfortable seating boothes, and tables arranged in such a way as to maintain the mandatory 1-metre social distancing rule.

In addition, not only is there a hand-sanitising station upon enterting, but their staff, in keeping with the establishment’s “increased protocols for team members”, had face coverings and wore gloves when delivering our cutlery.

Presently, while “no more than 6 people can dine in together”, The Burger Club’s Covid-19 website committment page also confirms: “We are doing a deep clean and sanitizing our tables after every use. Sauces are also sanitized after each use.” 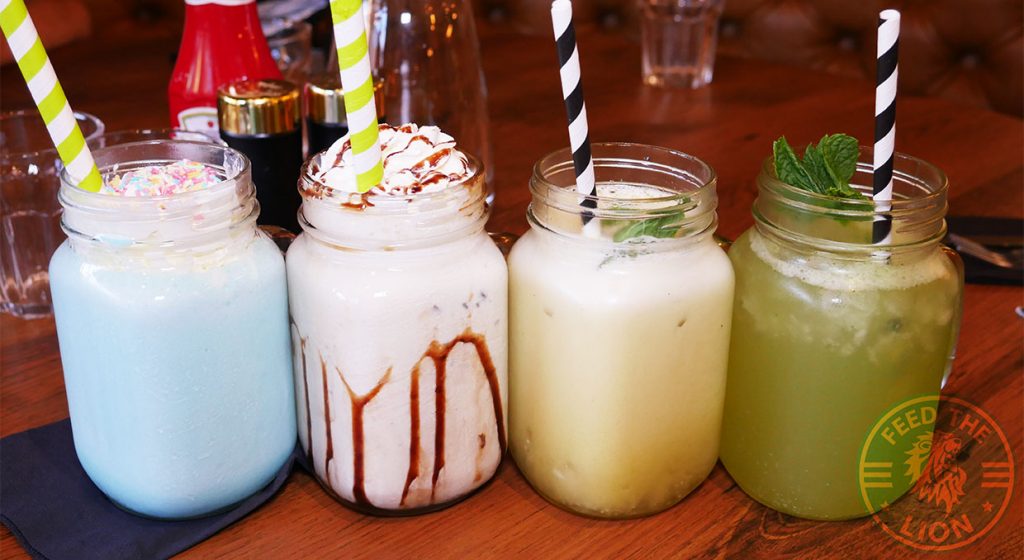 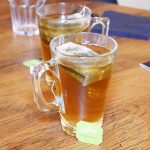 While both mojitos were mellow in nature, we found the Sunrise, despite it containing the addition of pineapple and orange juice, to be less refreshing than its more impactful Virgin mojito counterpart.

As for the two Homemade Gelato Milkshakes we tried, then the Bubble Gum was the more enjoyable. Although more milky than thick, this was a beautifully creamy affair, with just the right sweetness to satisfy the majority.

We also ordered a standard English Breakfast Tea which, given its size and with the luxury of hindsight, we’d probably overlook at £1.99 each. 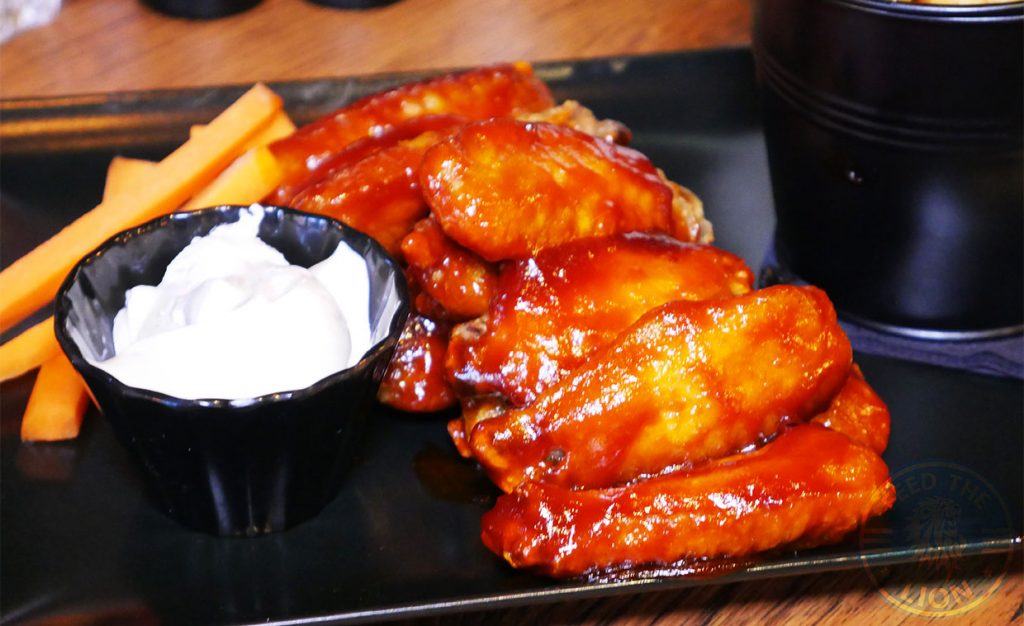 A tremendous portion, and served with a thick sour cream that was mild enough to allow the dangerously addictive, tangy-cum-smoky buffalo sauce, these exceptionally good quality wings were based in, to shine for all its worth.

All burgers come with classic fries with an option to upgrade. 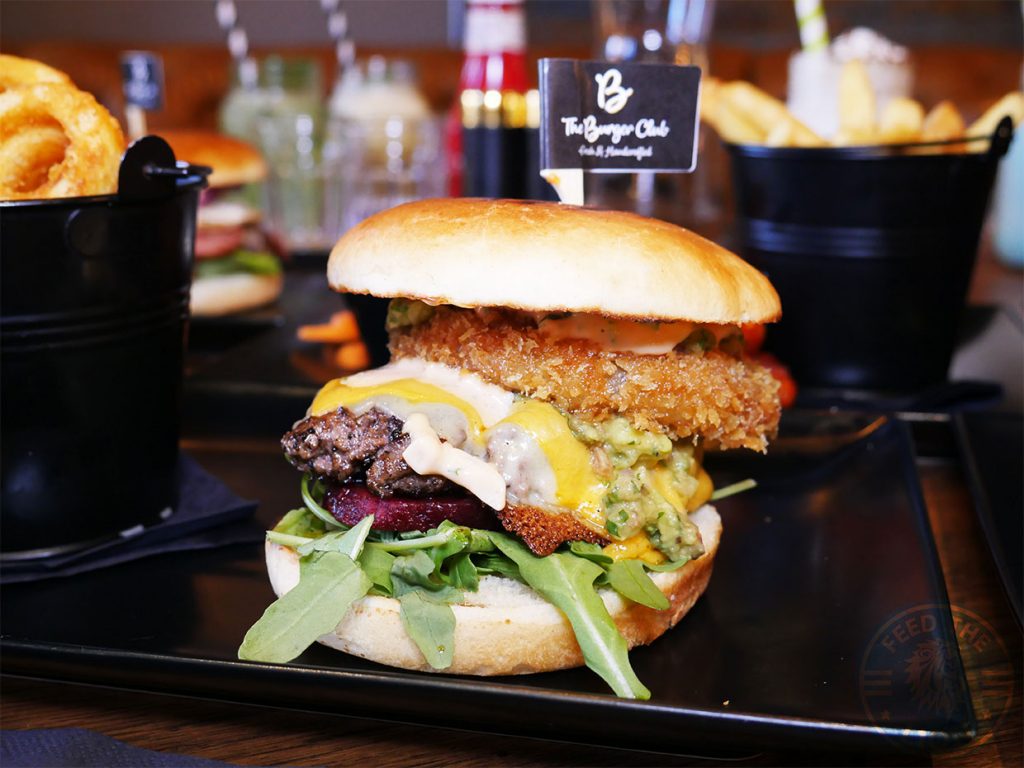 The Banstead was a big, attractive burger filled with quite an original assortment of fillings. As the restaurant’s signature, it included a thick slice of pickled beetroot, which helped provide a sour edge, as well as a crunchy onion ring whose thick batter assured some textural contrast.

And while the addition of soft guacamole and plenty of cheese combined to add an additional dimension to an already intriguing sandwich, we all agreed that the lukewarm beef patty was either underseasoned or simply overwhelmed by the strength of its surrounding flavours. 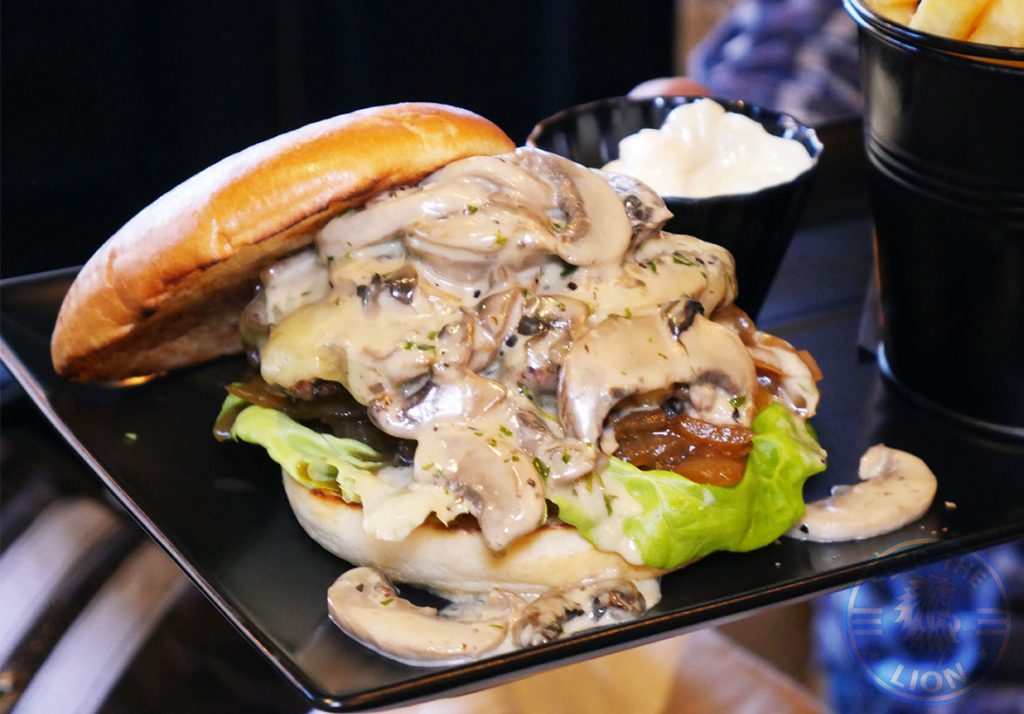 Despite this impressive looking Mushroom Melt being served warm, it was certainly a well flavoured burger, with the beef patty being neither too chewy nor too gristly.

With all those sauteed chunky mushrooms managing to slightly overwhelm the taste of the meat, the onion marmalade’s sweet-sourness did sneak through with every given bite.

And though the nicely toasted brioche bun played its role in containing such a messy burger, this would have been so much better had it been served piping hot. 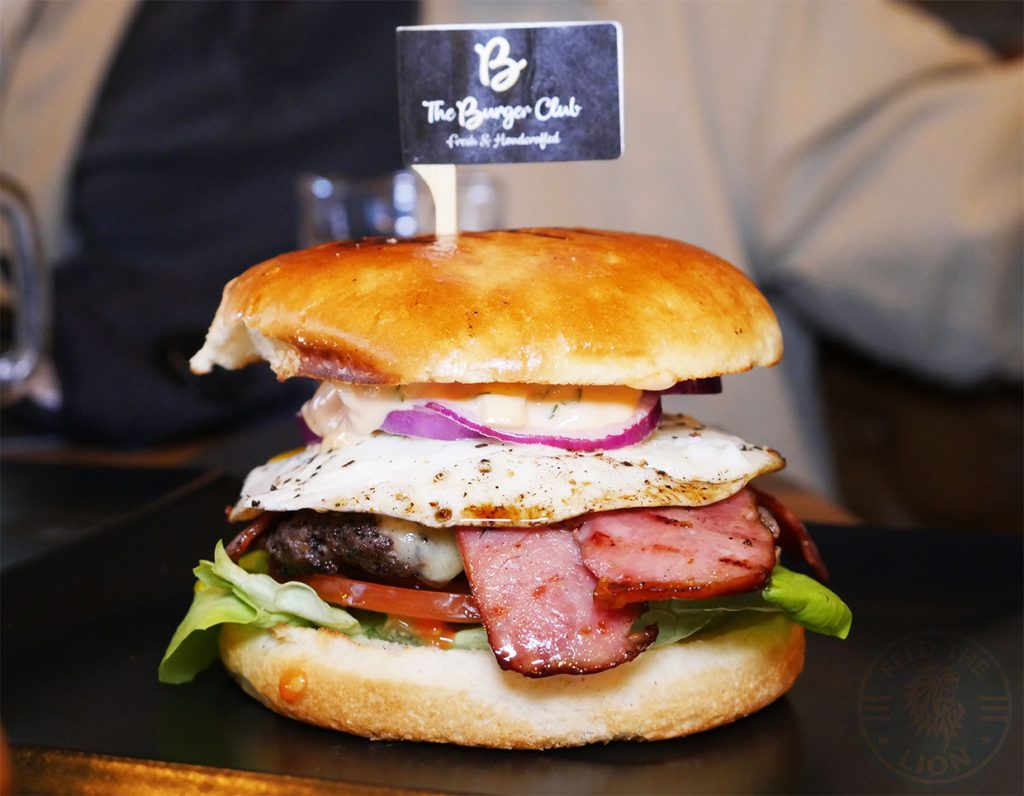 Although this Club Bacon did appear to be served hotter than the ones above, ultimately its patty took a backward step when confronted by all that piquant cheese and the smokey goodness of the deliciously crisp strips of Turkey bacon.

In the end, however, and thanks to the addition of a soft runny egg which added some iron richness to whole thing, this perfectly layered assembly came together harmoniously enough to lead one Lion to remark: “You get one of the best bacon burgers we’ve had.” 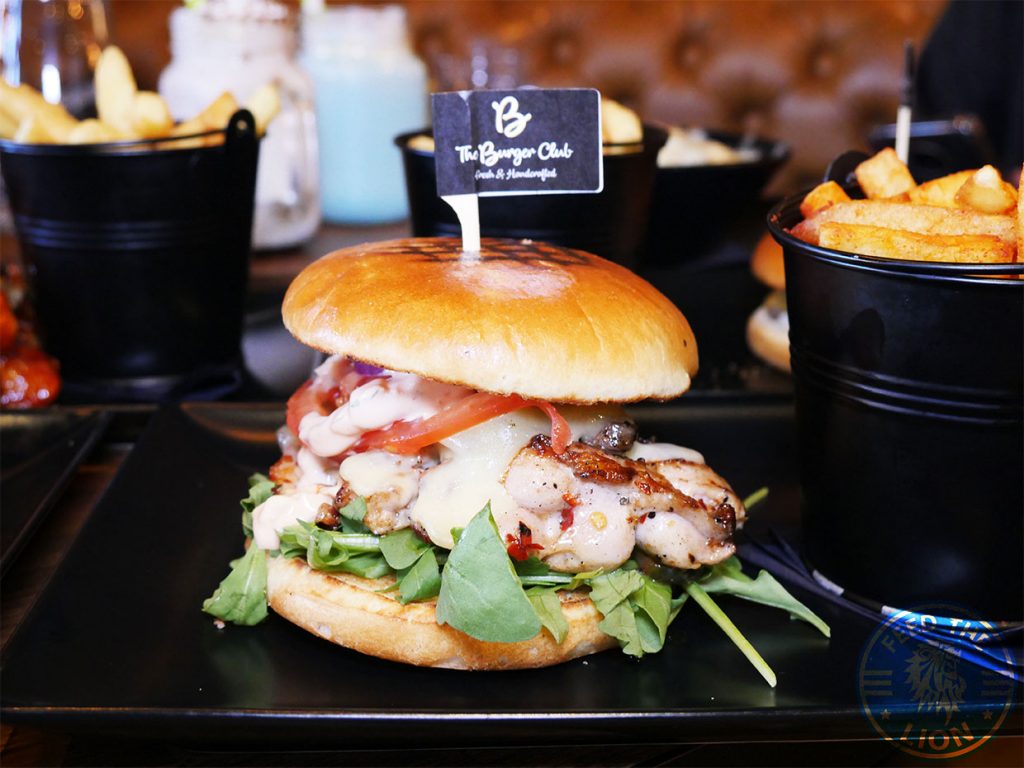 A very good indication that a chicken burger is on the way to success, is when the star of the show is the actual chicken itself! In this case, the quality of the free range, grilled butter milk chicken was outstanding.

More importantly, the natural flavour of this piece of bird, which was soft, tender and juicy on the outside while being lightly crispy on the out, wasn’t impaired by the many other ingredients therein, but rather complemented by them.

As such, the fillet was paired wonderfully with the light tanginess of the creamy and crunchy coleslaw. In all, a solid burger. 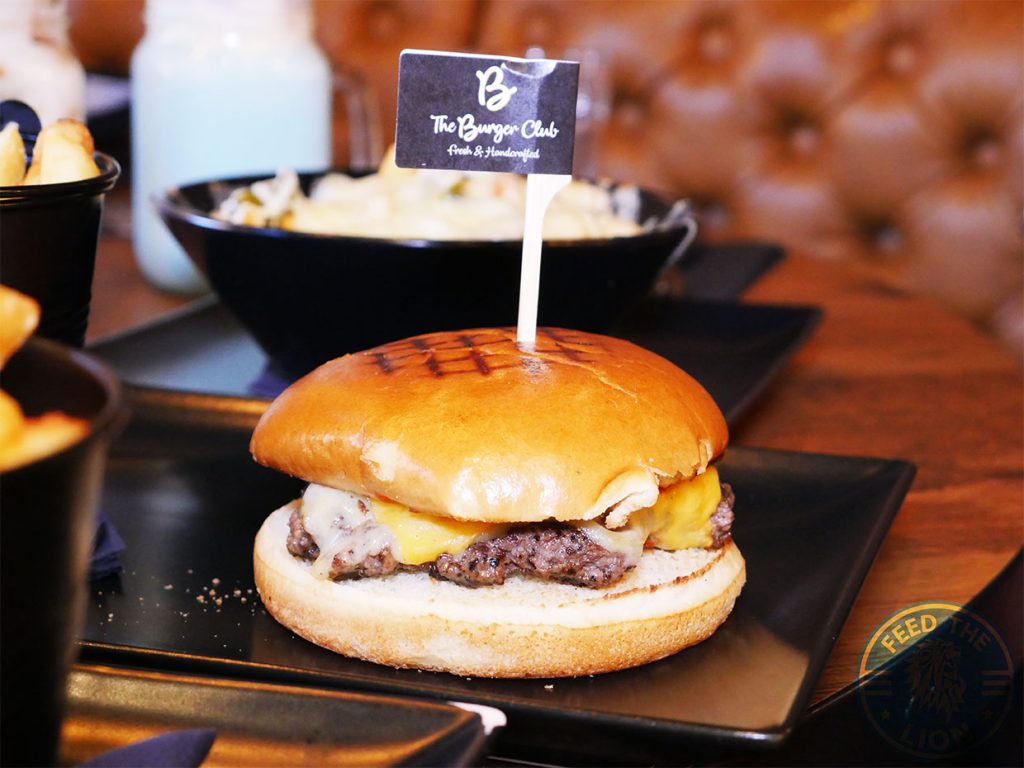 We immediately worked out why kids would think this to be a Naughty Burger. With plenty of delicious cheese enveloping a thick and juicy, succulent beef patty, and with the familiar taste of ketchup running through the background, this simple yet effective sandwich turned out to be, to our collective surprise, the best version of a Halal McDonald’s Cheeseburger you’re ever likely to find!

Honestly; if we lived in the area, we’d be making plenty of cheeky visits to The Burger Club just for this little beaut. 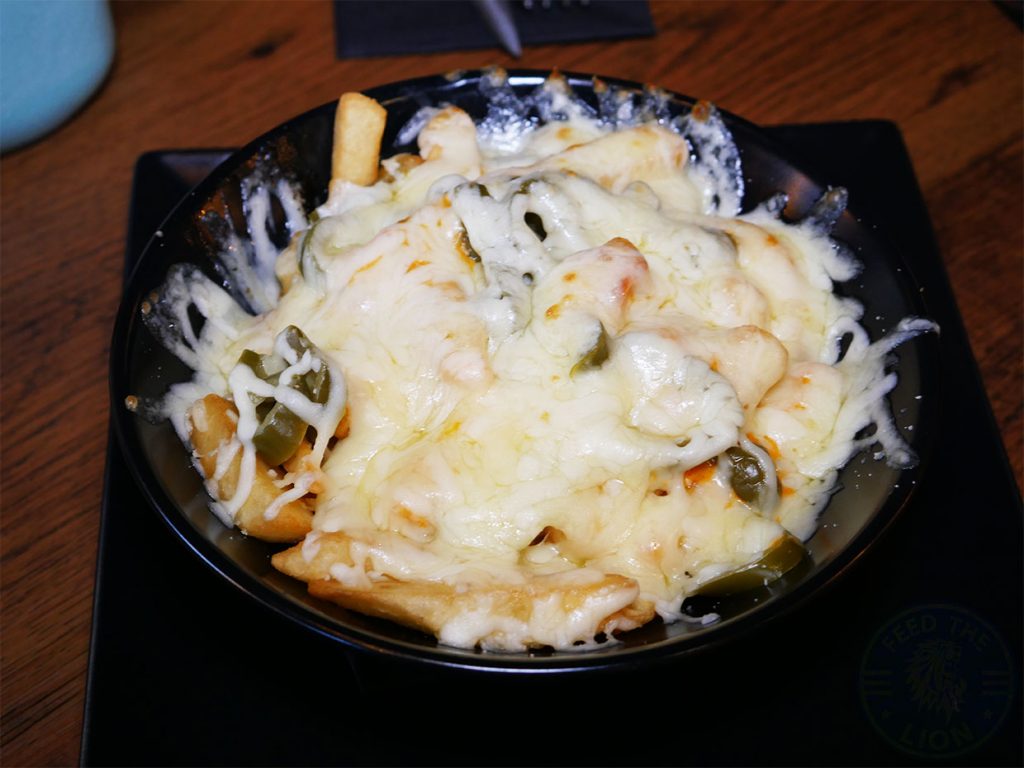 Turning out to be a very good portion for the price, the Chilli Cheesy Fries were decent enough, with the jalapenos providing plenty of heat.

Our only criticism would be against the choice of cheese used. Given its generous quantity, perhaps a more effective, and certainly a more exciting choice, which would have elevated this to greater heights, would have been a softer cheese that didn’t solidify as quickly as the cheddar did in this case. 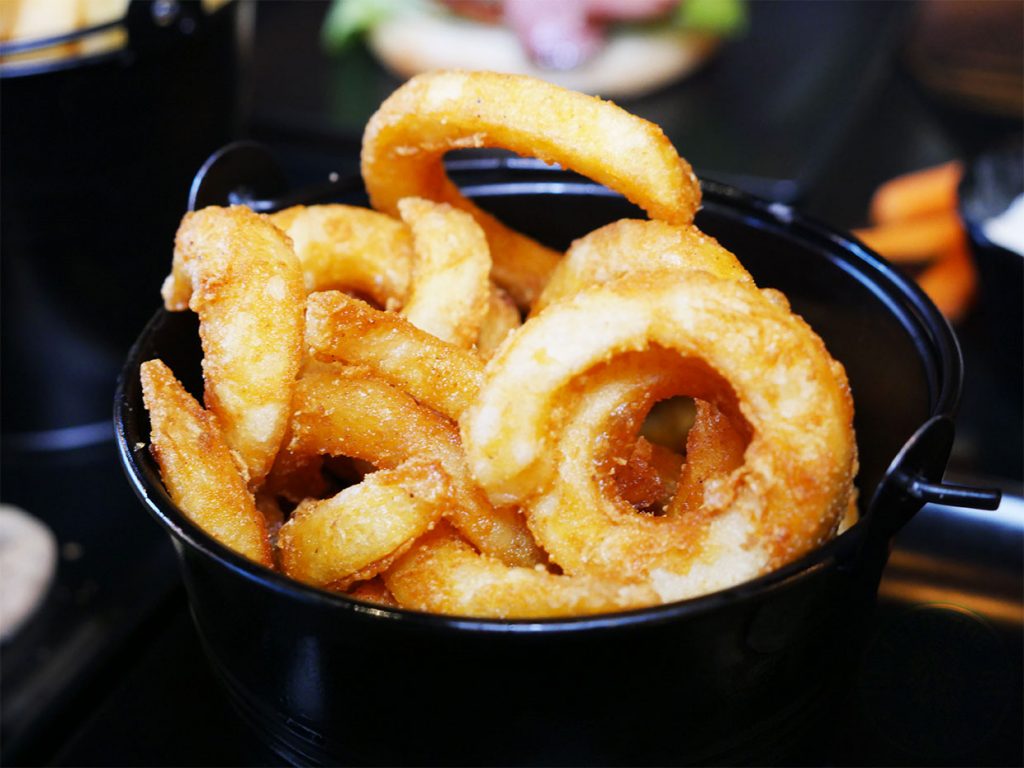 Wonderfully crispy Curly Fries, just as they ought to be, which did require some seasoning on our part, but paired up perfectly well with The Burger Club’s selection of inhouse sauces. 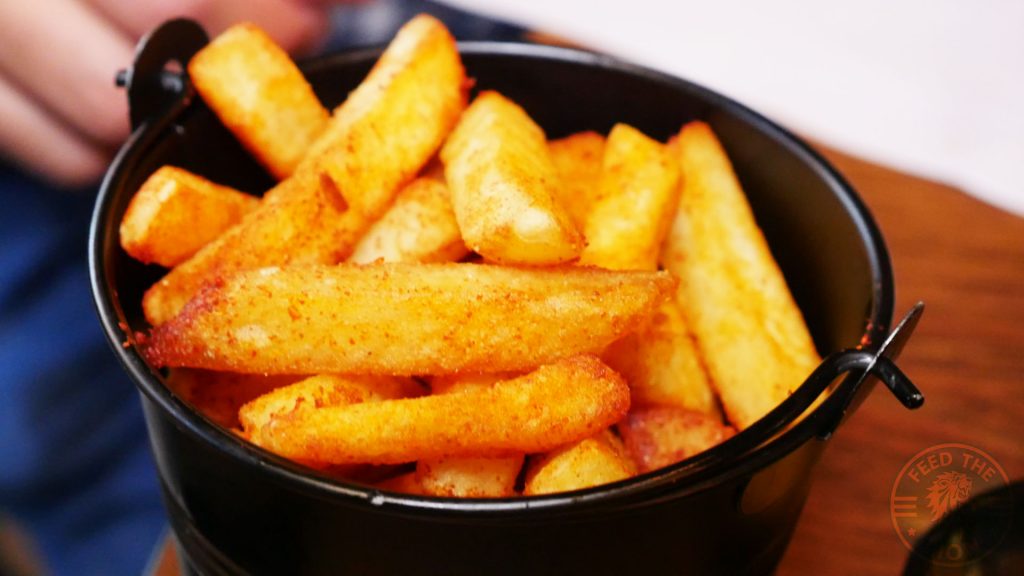 With a good dusting of chilli, these fries were beautifully crispy on the outside, soft and fluffy on the in, and a joy to eat. 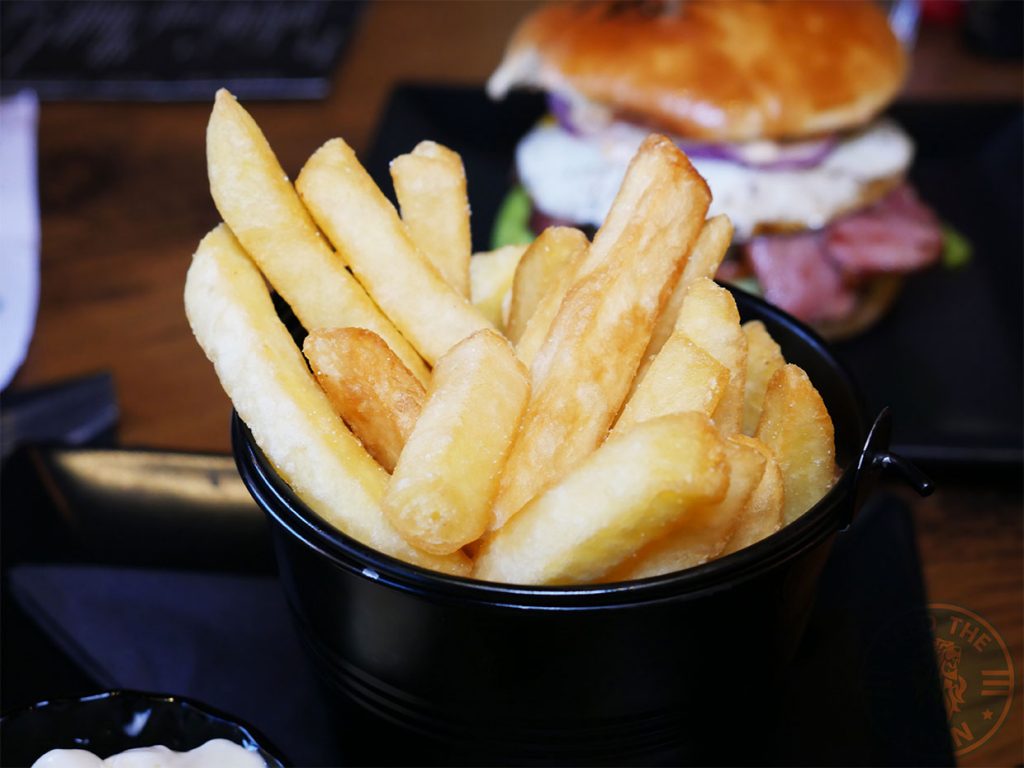 Their Classic Fries are, of course, the same as the above; and therefore, extremely addictive. 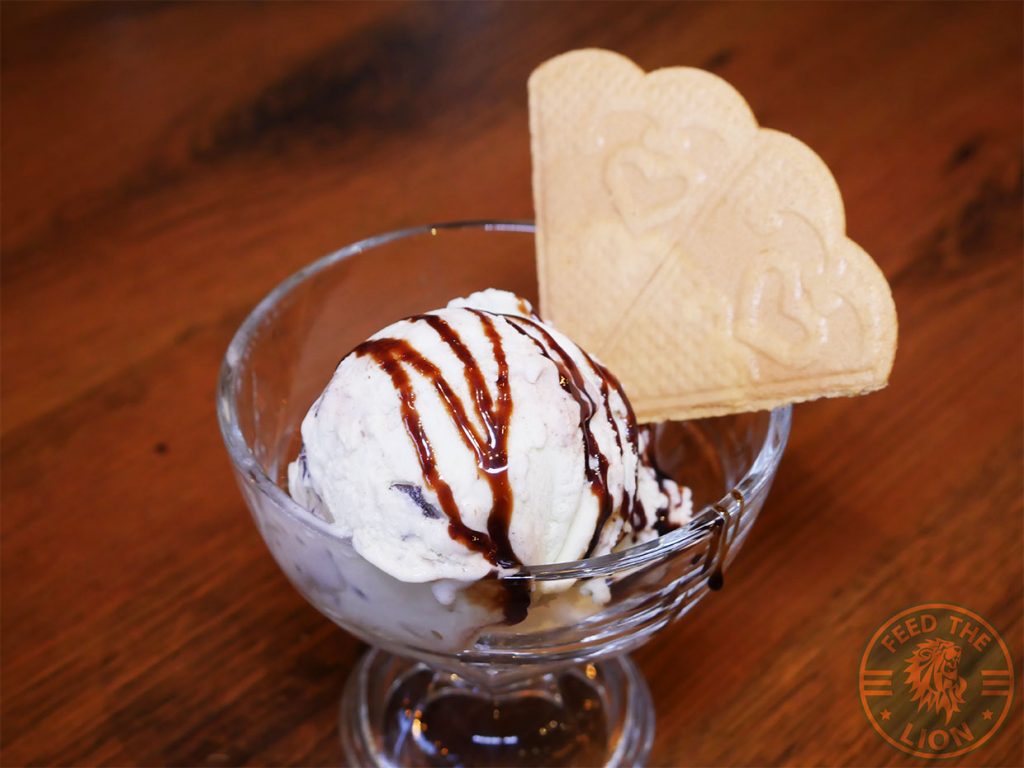 Can’t go wrong with homemade gelato. Their ice cream, we were told, is sourced from a local supplier that provides a handful of businesses in the area. 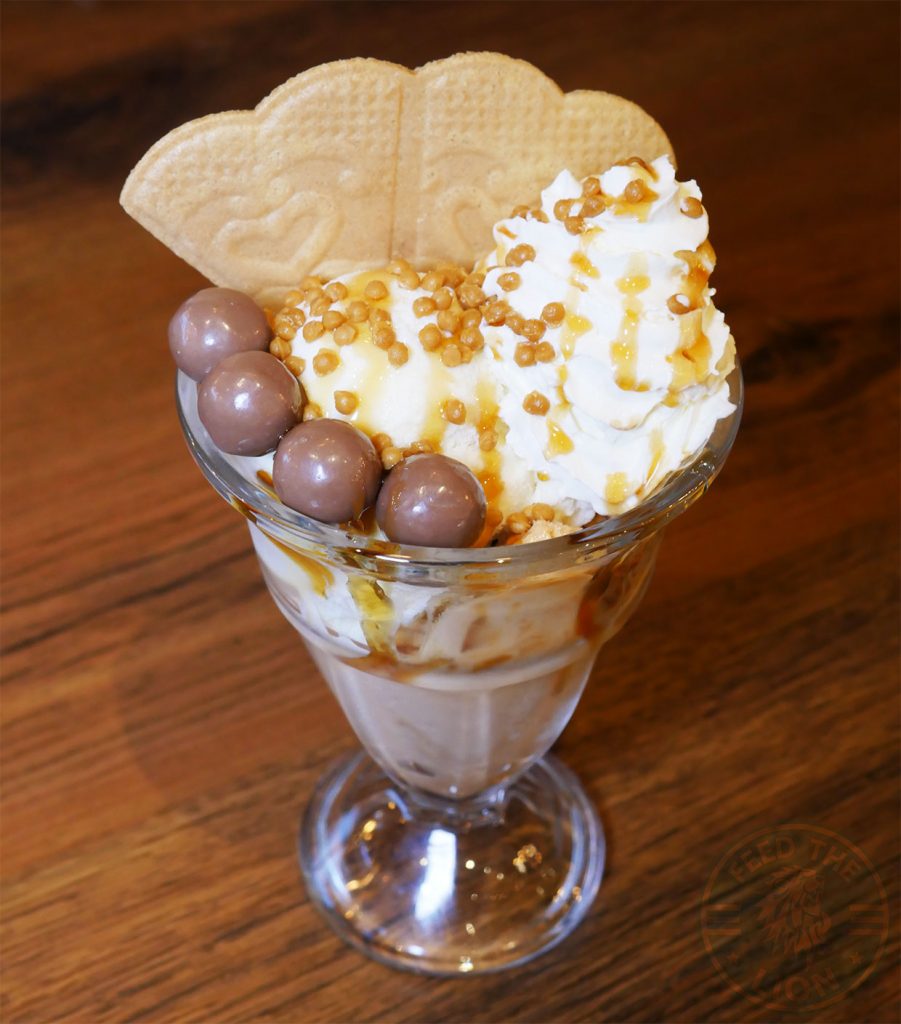 Not the biggest sundae we’ve had; but given the quality of the produce, a very tasty finale to this review.

Simply presented, with a number of Maltesers, toffee balls and whipped cream, this was all about the gelatos, with our favourite toffee-flavoured version nestled below the vanilla.

In light of the fact that their HMC sourced beef patties are, as we were told, hand pressed to order, and given their attempt at creating burgers that show off some relatively innovative combinations, including inhouse made sauces, they surprised us with their genuine endeavour towards fulfilling the true meaning of the word 'gourmet'.

Had it not been the case that most of the burgers served were lukewarm, thereby detracting from their overall enjoyment, they would have been even better.

Although we arrived during a quiet period, we were well looked after, with a few genuine mistakes during our visit being resolved without any hassle, and with management being more than accommodating and generous.

Otherwise, Banstead in Surrey has been blessed with a fully Halal gourmet restaurant that not only puts many similar restaurants espousing to serve gourmet burgers to shame, but also has all the hallmarks for greatness. Be advised that a discretionary service charge of 12.5% will be added to your bill. 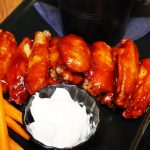 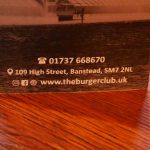 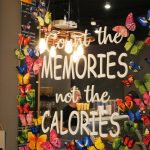 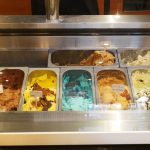 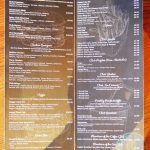