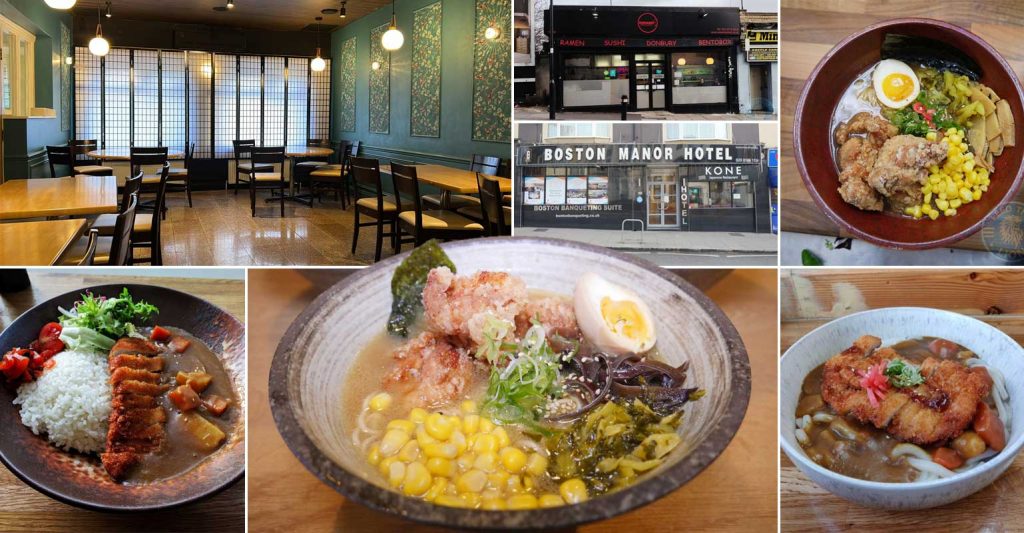 Given how hard it is to come by Halal ramen in London, let alone the west side, we are absolutely delighted to announce the return of Umami (rated 4/5) in Ealing.

Although the original branch opposite West Ealing Station was forced to close earlier this year, owner Keshar hasn’t just found a new site, but also rebranded to Kone.

Having soft launched on Saturday, his new Japanese restaurant is now located in Boston Manor Hotel with Halal chicken ramen and katsu ramen firmly back on the menu.

During the global pandemic, supplies for making homemade ramens were so badly disrupted that Keshar was forced into removing the popular dish, much to the disappointment of many of his customers.

After finding a new venue on Boston Manor Road, Keshar, who originally hails from Nepal and says he acquired his knowledge of ramen when working at the Japan Centre on Regents Street, says he has been working hard to establish Kone.

The Japanese-themed restaurant has been smartly decked out, with seating for 36, as well as free parking for customers in the hotel’s car park accessible via Trumpers Way.

With delivery available via Uber Eat and Just Eat, Keshar has confirmed with FtLion that, similar to Umami, all Halal chicken dishes at Kone are prepped and cooked separately so as to avoid cross-contamination.

Creams to open in London Putney on...