Winners of the Asian Restaurant Awards 2021 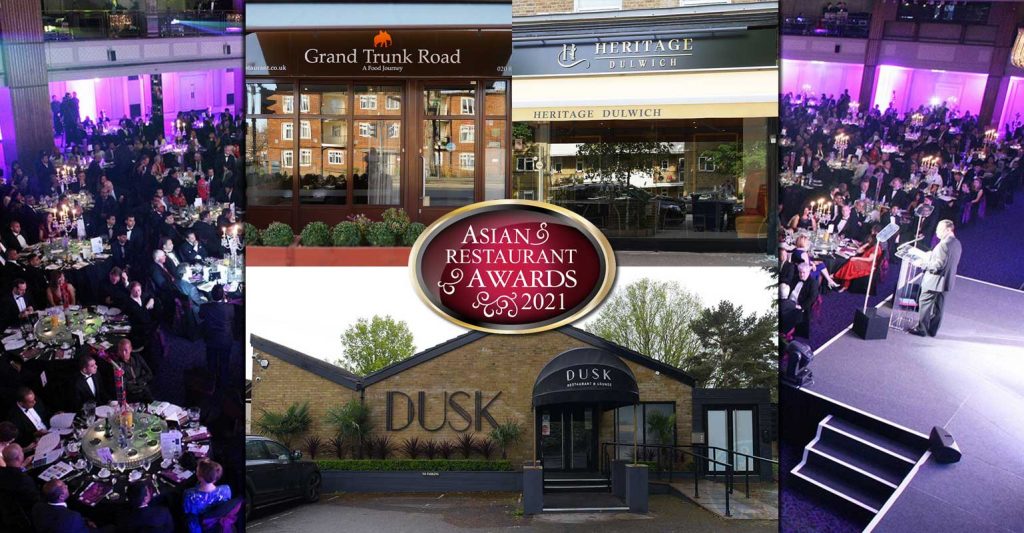 A number of prominent restaurants catering for Halal were among the winners at the prestigious Asian Restaurant Awards 2021.

For his skills in molecular gastronomy, “India’s answer to Heston Blumenthal” Chef Stephen Gomes received the award for Best Fusion Restaurant at DUSK in Brentwood, Essex (rated 4.5/5 by FtLion).

Kushi in Essex, who is also run by the folks behind DUSK with Chef Gomes instrumental in the creation of their menu, also won the Best Group Restaurant award.

With this being the Asian Catering Federation’s (ACF) first awards ceremony to host a live audience since 2019, the organisation will now be hosting the same awards for Scotland at the Sheraton Grand Hotel in Edinburgh on 20 September.

Najma finalists in The Grocer New...