Halal restaurateurs honoured for charity work at House of Lords 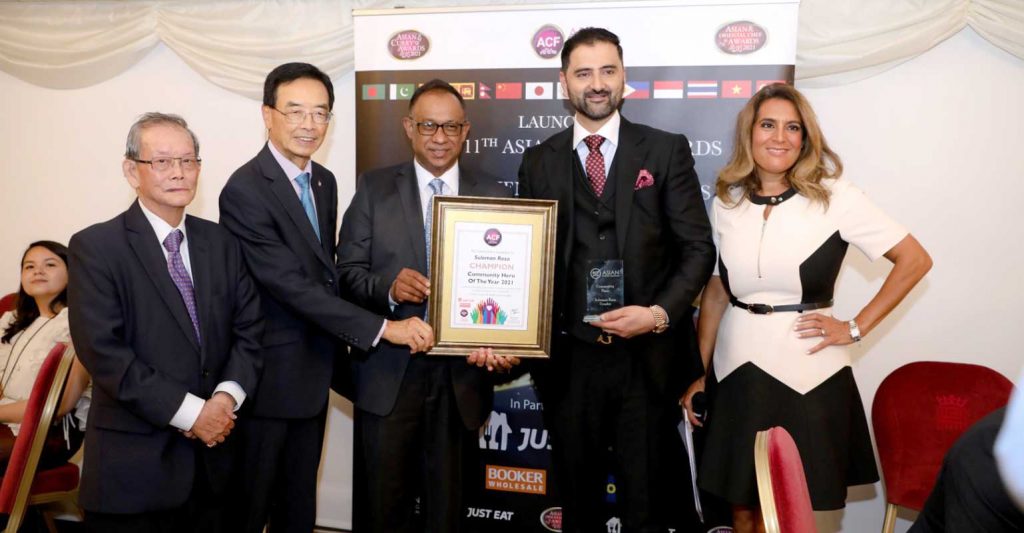 A number of restaurateurs across the UK were awarded for their outstanding contributions to their local communities at a House of Lords ceremony last week.

Among the winners was the owner of Spice Village Halal restaurant chain Suleman Raza who received a Local Community Hero award at the event organised by the Asian Catering Federation (ACF).

Hosted by Lord Sheikh, Raza launched the ‘One Million Meals’ campaign early in March 2020 to provide hot meals to hospitals, the vulnerable and the homeless.

Involving 110 restaurants across the UK, the scheme raised nearly £50,000 to help support the vulnerable and frontline workers at 47 hospitals and over 200 other locations.

Receiving the award in person, Suleman said: “I am glad that we managed to serve ten of thousands of meals through local restaurants that geared up their businesses and got their operations going in those turbulent times.”

Other Community Heroes recognised for their charity work

Other community award winners included Sharif Uddin, owner of DUSK and Kushi restaurants in Essex, who was named a Local Community Hero for donating over 15,000 meals to frontline NHS staff, key workers, the elderly and vulnerable.

While Royal Nawaab owner Mahboob Hussain was commended for services to charity, Sheikh Mamun, owner of Panache in Elgin in Scotland, provided over 500 free meals to NHS staff during lockdown.

Presenting the Community Hero Award, ACF Chairman, Yawar Khan said: “Many of our country’s restaurants still managed to do great works of charity, despite their businesses being devastated by the lockdown.”

Winners of the Asian Restaurant Aw...

Fireaway pizza brand on course for...