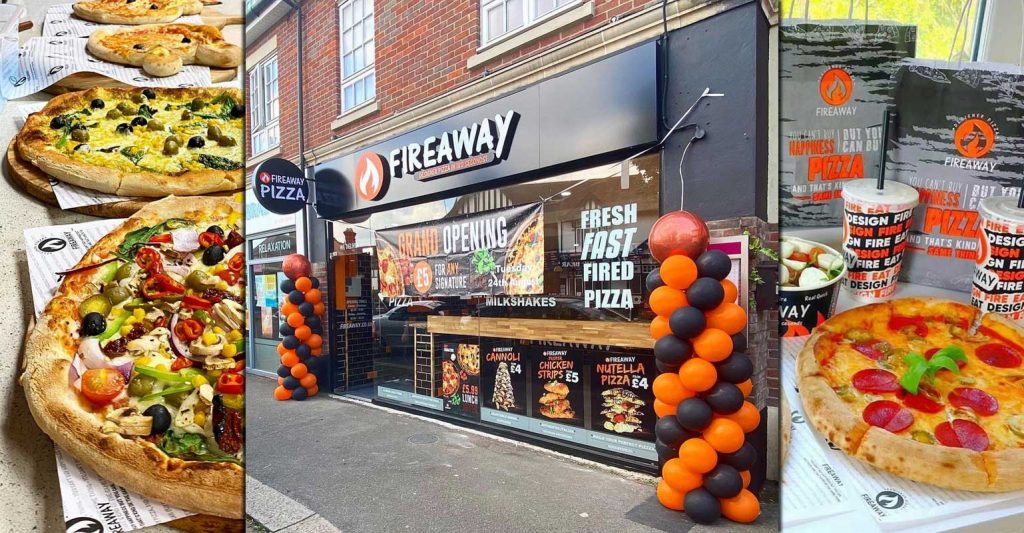 Having opened a branch in Essex’s Southend-on-Sea last week, Fireaway has this week launched in Surrey’s Walton-on-Thames.

The pair of openings is part of the Italian pizza brand’s ambitious expansion drive that will see the launch of 25 branches in as many weeks.

Located on Bridge Street, Fireaway’s secret recipe was introduced originally by founder Mario Aleppo’s grandmother from the Amalfi Coast of Italy in the 1950’s.

Having first launched in 2016, the franchise is known for using “fresh toppings” and “top quality products from the UK and Italy”.