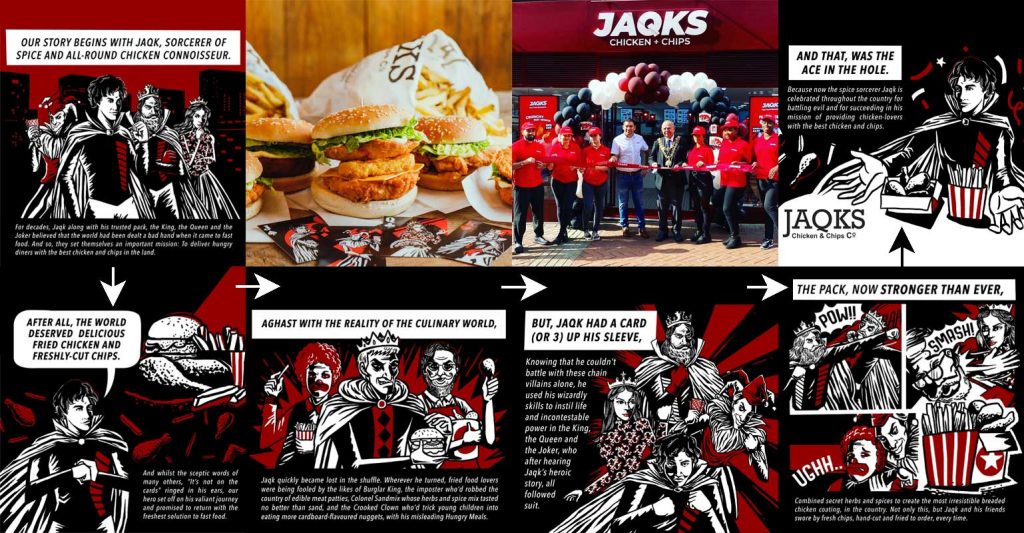 This is the fully Halal brand’s fifth site and the second in central Birmingham with another store in The Cube on Wharfside Street.

As well as smartly decorated interior, the site on Temple Row is also technology-driven with investment having gone into self-ordering kiosks and digital menus.

JAQKS’ menu offers a selection of chicken burgers made using “only the freshest chicken breast and coated in our special own recipe of spices”, which include the Double Decker and the Mighty Jaqk.

Boasting about the inhouse recipe for their Chicken & Chips: “Think the colonel had it mastered, he’s just a joker,” they also serve Wings, Bites & Dinners, with chicken buckets for the whole family.