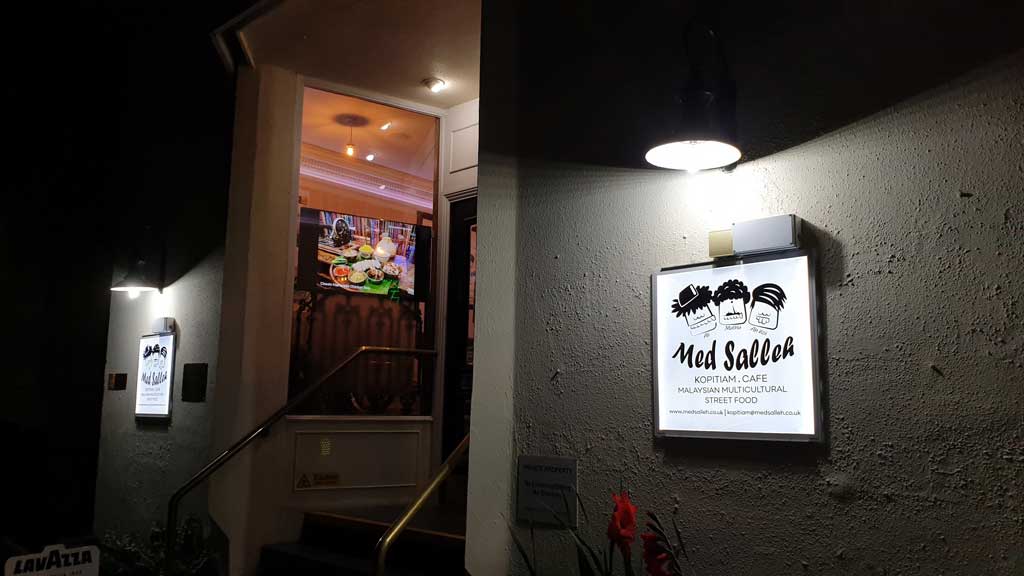 On a fly-by trip to London’s Bayswater, we found parking on a side road right next to Med Salleh – a Halal Malaysian cafe which we had no plans of visiting.

Before one in my group, who doesn’t deliberate much, decided on a whim to try it, we first walked the mainstreet, went past Taza shawarma bar, and just before Queensway station, came across a shopping arcade which is worth mentioning.

Containing some restaurants and shops we need to try one day, we also found that it has a mosque or prayer area at the far back-left, in case you ever need somewhere to pray whilst in the area.

Returning to Med Salleh, this cafe is actually located inside a hotel called Berjaya Eden Park London Hotel, which was unfortunate since the hotel itself turned out to have a low rating. 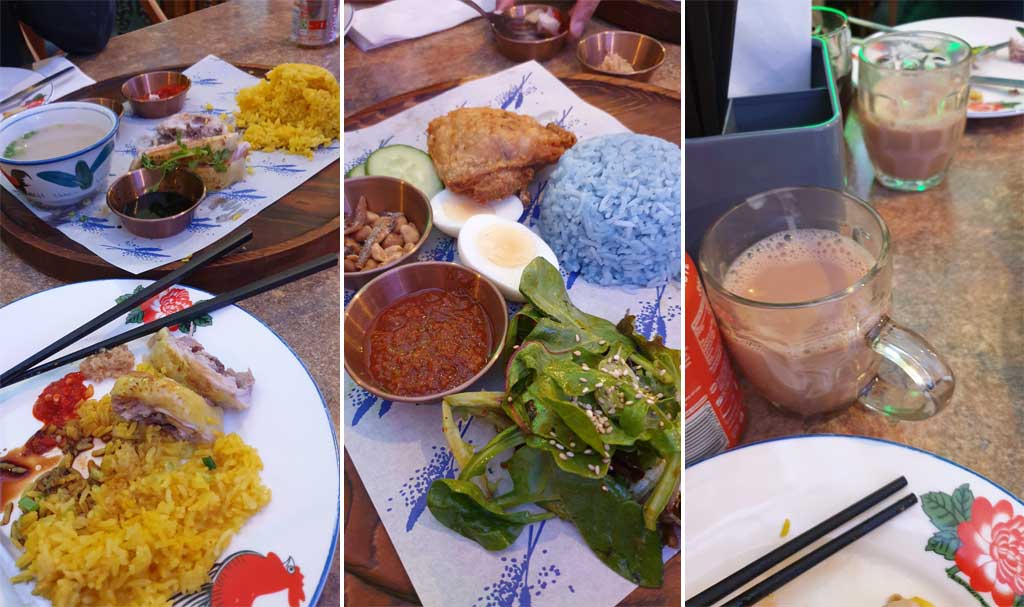 We went inside and they were taking last orders. A bit rushed, we orderd Nasi Lemak with Beef Rendang, fried chicken, and a plate of Chicken and Rice. Also some Tea Tarik to wash it down.

Pleasantly surprised, we enjoyed the food. Having recently visited Melur on Edgware Road – another Malay underground place (why are so many Malay restaurants underground?) – which has its own prayer and nursing area, Med Saleh in comparison is of a similar quality, but with gourmet presentation.

The chef came and served the food to us while also explaining what it was. The chicken and rice dish, which he said was his grandmother’s recipe from the Hainan or Hannan region in China, was typically cross-section cut, and accompanied with rice, some spicy pungent sauces, and a soup. Mixing it all up made for a nice meal.

Then we tried the Nasi Lemak, which came with blue rice. The chef told us that this was due to the beans it’s made with. While I wouldn’t say the food was outstanding, it was good nonetheless, with some satisyfing Tea Tarik.

Overall, this is a good Malay restaurant to visit, with friendly staff, and a mixture of Chinese and Malay food. With so many similar places to try, I’m not sure we will be back. But, I do recommend Med Salleh if you’re nearby. 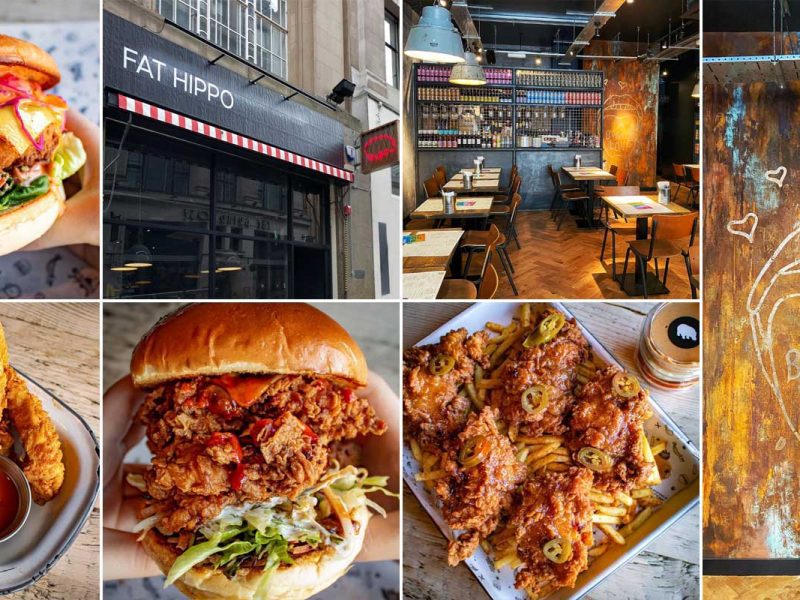 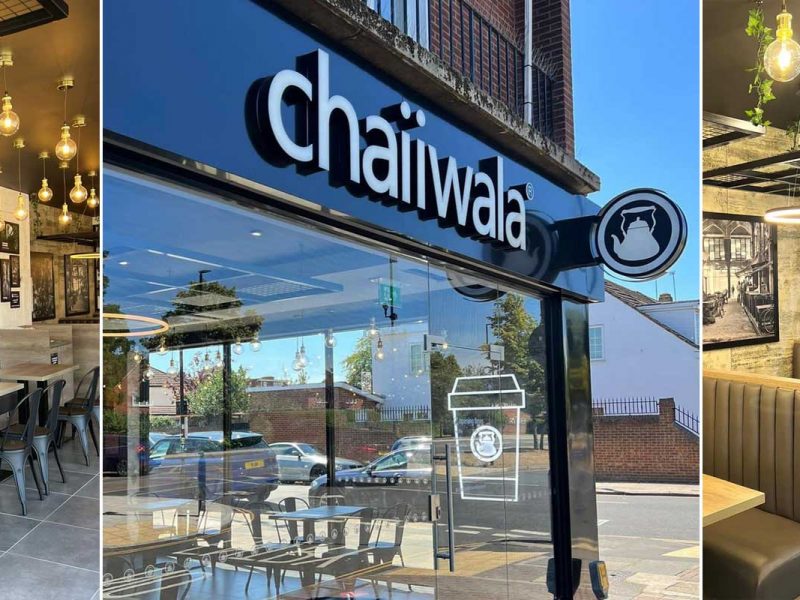 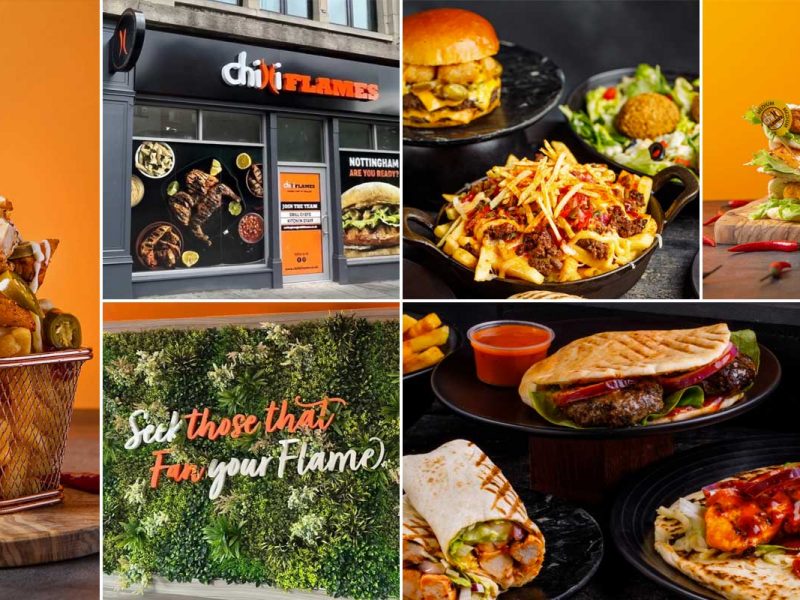 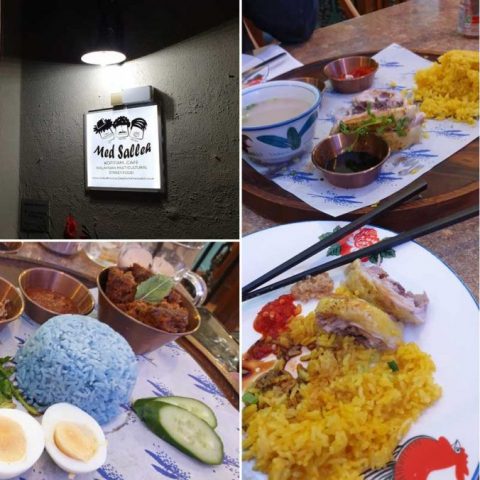 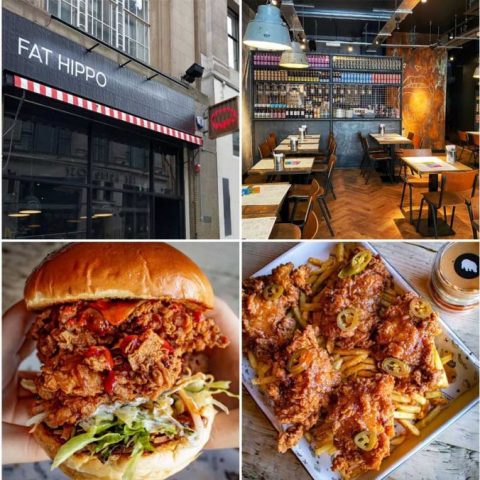 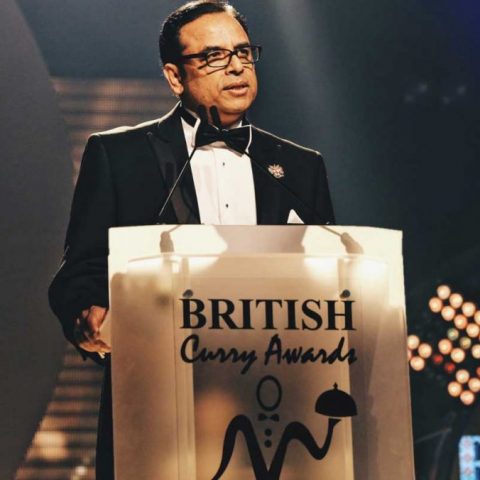