‘All Tesco meat is Halal except pork’ proven ‘not true’

Like all other major UK supermarkets, we source from suppliers who serve Muslim as well as non-Muslim customers. – Tesco

A social post that called for the boycott of Tesco claiming that all non-pork meat produce sold by the supermarket giant was Halal has been proven false.

In response to a question tweeted to them over the weekend, Tesco confirmed: “Like all other major UK supermarkets, we source from suppliers who serve Muslim as well as non-Muslim customers.” 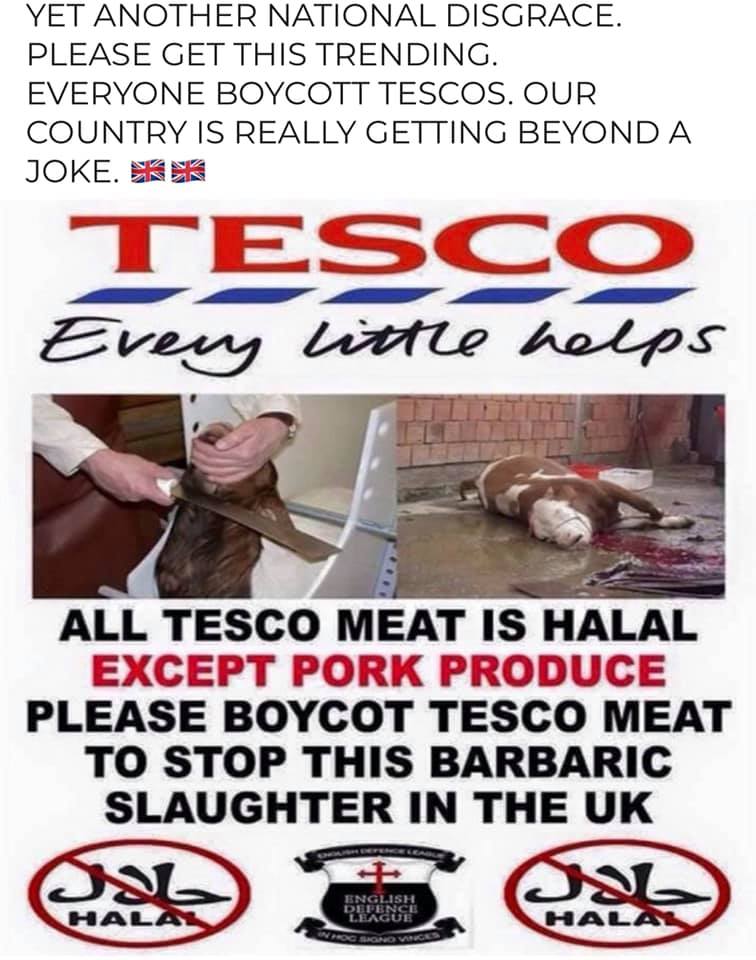 Their timely clarification comes in the wake of an allegation made by Bob Jones on Facebook last week that “all Tesco meat is Halal except pork”.

The post, which carries the insignia of the Islamophobic far-right group English Defence League and has since been shared over a thousand times, went on to encourage others: “Please boycott Tesco meat to stop this barbaric slaughter in the UK.”

But the award-winning independent fact checking charity, Full Fact, has concluded that the claim was “not true” stating: “Tesco sells halal meat in some of its stores but not all of its meat is halal. It’s true that no pork products are halal, as eating pork is forbidden in Islamic law.”

Tesco tweeted their response to the following question posed by Michael Thomas: “I have just written to Tesco where I shop if their meat is slaughtered ‘halal’. If they confirm it then l will be sorting another meat outlet.”

Following a reminder from Alan H, whose Twitter account was littered with anti-Islamic and anti-Muslim retweets, Tesco answered: “Hi Alan. Thanks for getting in touch. I can advise that We understand that some customers do not want to eat meat that has been blessed. For these customers, we are able to guarantee that our British Organic lamb as well as British Organic, Free Range and Finest Free Range chicken has not received a Halal blessing. ?

“Like all other major UK supermarkets, we source from suppliers who serve Muslim as well as non-Muslim customers.

“Some of these suppliers process all their meat to Halal standards which allows them to export parts of the carcass not used by European customers to the Middle East, minimising food waste.

“For example, the vast majority of New Zealand lamb is processed by Halal standards. All the meat we sell from these suppliers is stunned before slaughter, the only difference being that Halal meat has received a blessing. [sic]” 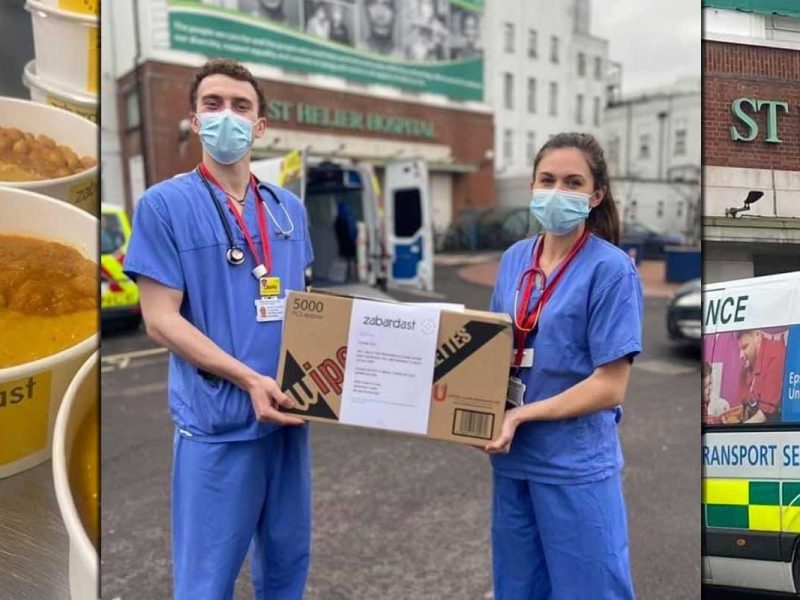 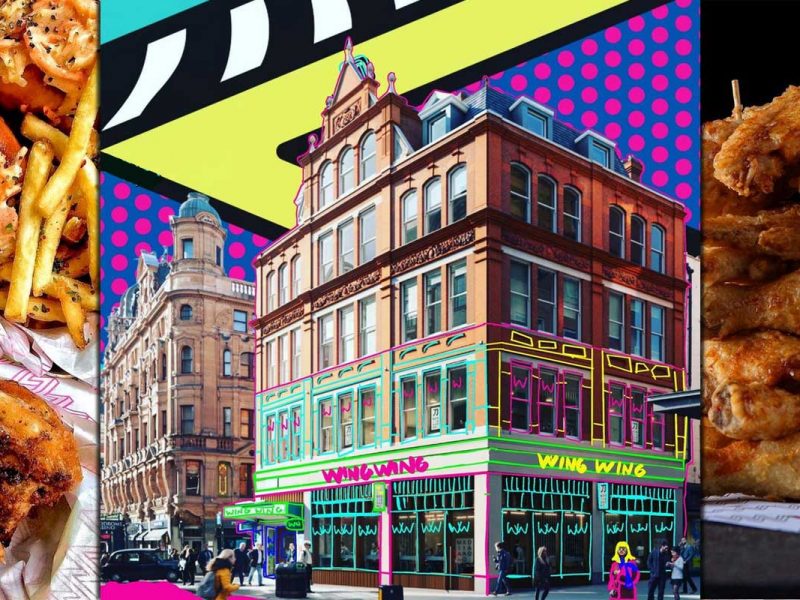 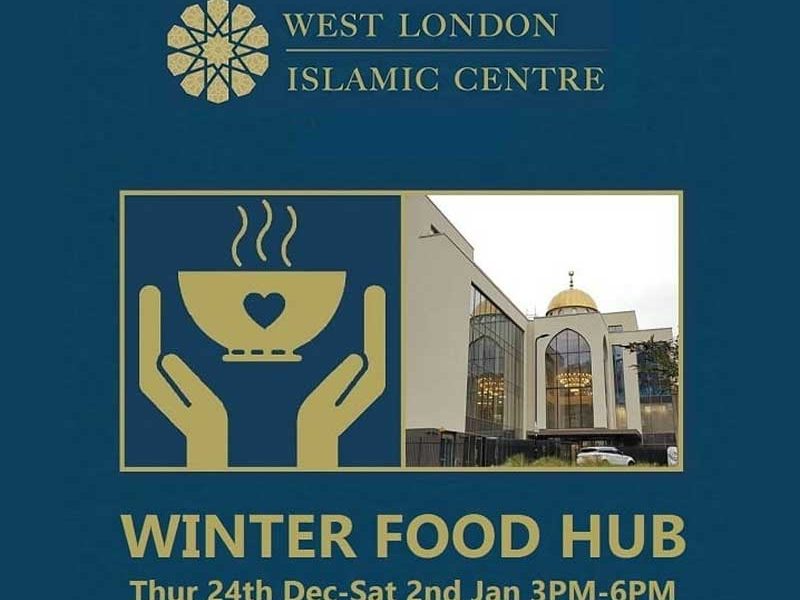