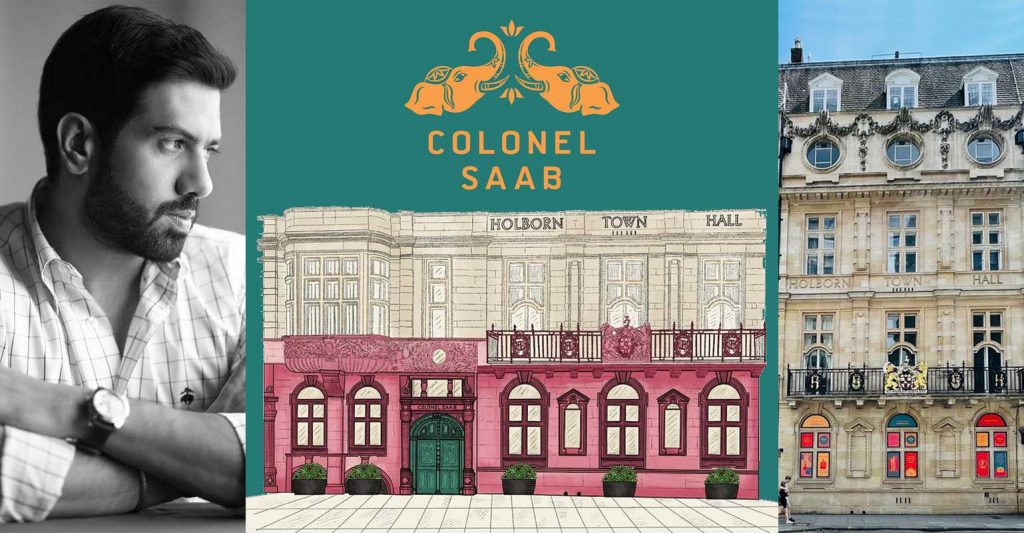 Our new venture Colonel Saab and, in fact, all our ventures back home in India don’t endorse pork and any other meat other than Halal.

Located at the historic Holborn Town Hall on 193-197 High Holborn, Colonel Saab will be a new all-day modern Indian eatery scheduled to open early this September.

“Our new venture Colonel Saab and, in fact, all our ventures back home in India don’t endorse pork and any other meat other than Halal. This is because of our owner Roop Pratap Choudhary’s religious beliefs.

“We have chicken, sea food, duck, beef on our menu,” the restaurant’s Instagram has informed FtLion.

Being Roop’s first venture outside of his native India, where he is MD at boutique 5* hotel Noor Mahal in Karnal, this 150-cover site will have a 100-cover dining room and mezzanine, and two private dining rooms hosting up to 50 guests.

With the decor designed in collaboration with his mother, Binny, and the place named in homage of his father, Manbeer, who was known as ‘Colonel Saab’ in the Indian Army, the restaurant will open at 8.30am for breakfast through to dinner seven days a week with a brunch menu served at the weekend.

The menu will consist of street food signatures, home-style Indian cooking and dishes inspired by royal kitchens, with signature breakfast dishes that will include Caramel & banana paniyaram, with jaggery sauce; Colonel Saab eggs Benedict, with turkey ham; and a house special: The Indian Fry Up.

The all-day menu will offer huge dosas from south India, served with a choice of meat, seafood or vegetarian options, whilst the dinner menu small sharing plates as well as larger ones, such as, Bharli Vangi – Maharashtrian baby aubergines in a chilli peanut sauce; Nizami roast chicken; and Binny’s childhood chicken curry.

Chaiiwala launches in Dudley then...