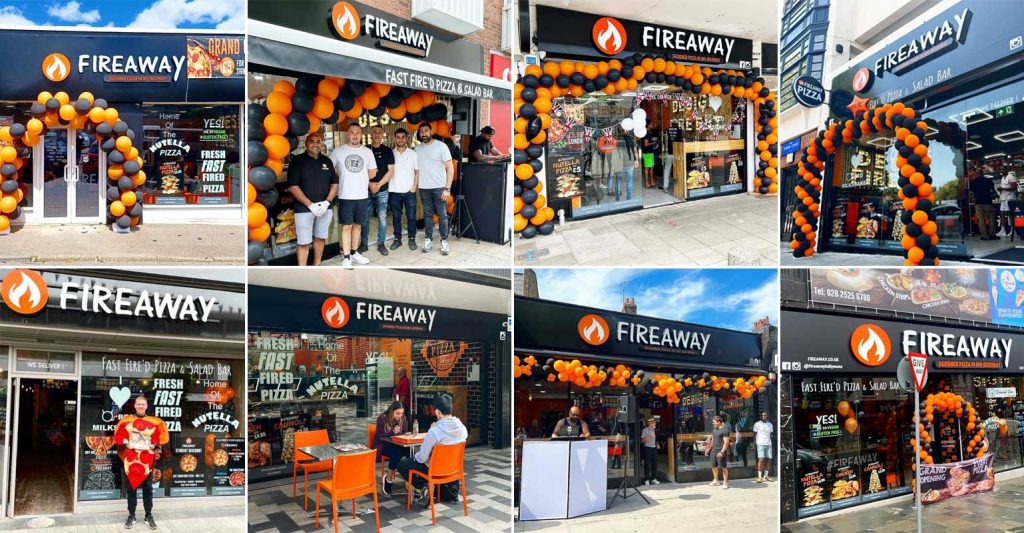 Having launched eight restaurants since June, Fireaway is now honing in the opening of its 120th store later this summer.

Known for freshly cooking its pizzas in 400 degree ovens in no more than 3-minutes, the brand won the Rising Star Pizza Chain of the Year at the PAPA Awards last year before opening its milestone 100th in January.

While their food is entirely Halal, with some branches serving alcohol, their menu provides a choice of four bases, four cheeses, four meats and 20 toppings, all at the same price.