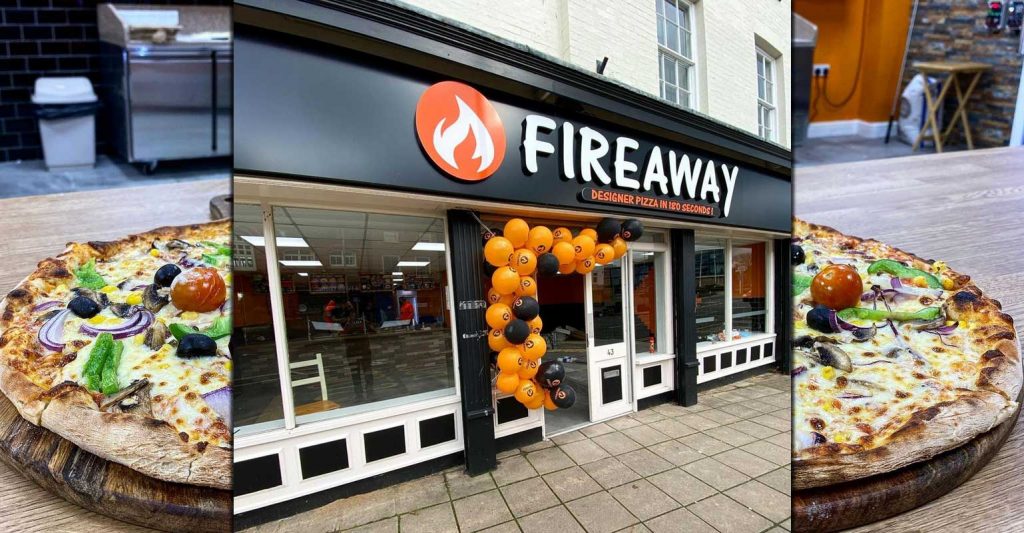 “The fastest growing pizza company in the UK” is launching in all sorts of places including the quiet town of Melton Mowbray in Leicestershire.

Having debuted in Bexleyheath earlier this month, Fireaway opened on Burton Street yesterday to serve its Signature pizzas “in 180 seconds”.

15% off BurgerBase London debut on...