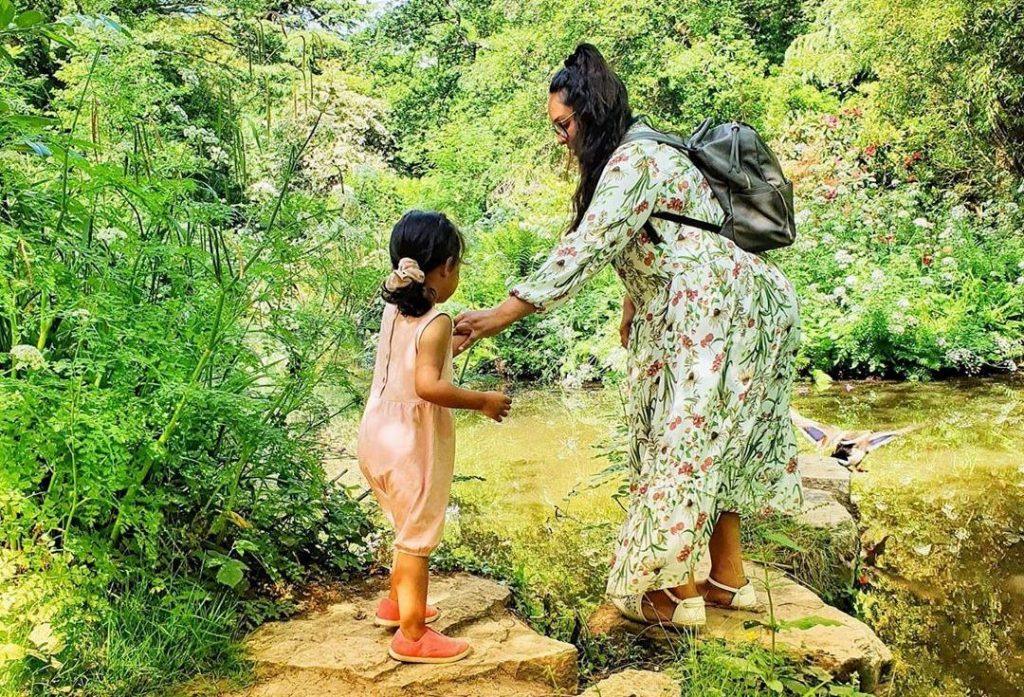 “I want her to live in a world of OPPORTUNITY; and I’m sure we want that for all our children, because if Black Lives Don’t Matter, then ALL LIVES DON’T MATTER.” (All images courtesy: Shelina Permalloo)

Before I won MasterChef, I spent 10 years working in the field of equality and diversity, where I learned that you CANNOT fight equality for ALL LIVES, because every life has different needs.

In order to achieve equality you need to level the playing field so that DIFFERENT people can successfully compete. Now, how many times have you seen someone get a job and think: I never saw them advertise for that?

NEPOTISM is a route cause of inequality. It is no wonder that there are more Chief Executives called Steve in the UK than there are ethnic minority CEOs (FACT – read up!). I used to see the same faces in the same rooms talking about the same issues of systematic racism. It was us – BAME people fighting the cause!

I got burnt out, because what we needed was White British leaders to be a baton for the cause. If those leaders could make diversity matter to THEM, then we start to change the rhetoric. I was burnt out fighting, so I decided to follow my passion, food; and that led me here.

Facing up to racism and nepotism in the food & media industry

I was the first visibly brown woman to win MasterChef UK, which led to Black and Asian people flooding my social media to tell me of how proud they were in me winning. And seeing me win made them and their children see that it was possible for them to work in food and go on a show like that. 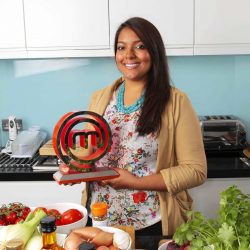 “I became Muslim 5-years-ago through my OWN choice.”

But, on the flip side, I was harassed online by racist bullies saying I didn’t deserve to win with a “shit curry”; yet I never once reported them. I didn’t want to talk about this in any of my press interviews, because I didn’t want to start my fight for equality and diversity again in another career.

MasterChef opened up the doors to so many opportunities and I am so grateful for this. But, unfortunately, I quickly realised that the food/ media world was full of nepotism.

Great British Bake Off winner, Nadiya Hussain MBE, touched on this recently, and I discovered the same problems all over again. I tried for a few years to push myself in the industry, but networking events only made me anxious and sick with nerves.

I stopped drinking alcohol after I became Muslim 5-years-ago through my OWN choice (you can contact me via Instagram @shelinacooks if you want to know more), and that made things even more difficult, so I just stopped going to these events. And if you stop going, you end up getting exposed to fewer opportunities.

What I realised, is that I got media work when they needed me to talk about tropical things – mangoes and coconuts! But, didn’t the industry realise that I had won a TV show because I am an all-rounded cook?!

Life after Masterchef and looking to the future… 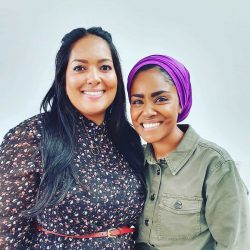 So, I moved back to Southampton and opened my own restaurant, Lakaz Maman, which was my ultimate dream. Running my own restaurant makes me the CEO of my own business. I am proud to say that my team is diverse, with my senior management team being entirely female.

I am a Mauritian Muslim woman, born in Britain, with a daughter who is a British Moroccan- Mauritian. The photo shows what I intend to do: lead by example and not be scared to SPEAK UP.

This is the first time I’ve ever said these things, because I am not scared anymore.

I want her to live in a world of OPPORTUNITY; and I’m sure we want that for all our children, because if Black Lives Don’t Matter, then ALL LIVES DON’T MATTER.

Do we get it now? Let us be the change!