To mark the start of National Rice Week today, we’re going to rice up your life with a number of biryani dishes you can enjoy at restaurants across London or try making in the comfort of your own home.

With this year’s event falling between Monday 14 and Sunday 20, the idea is to get involved by considering one of the dishes recommended below or any of your own personal favourites.

If you’re looking for more than just biryanis (sacrilegious we know), then visit The Rice Association website to access a number of rice-based dishes from a host of celebrity chefs and familiar faces. 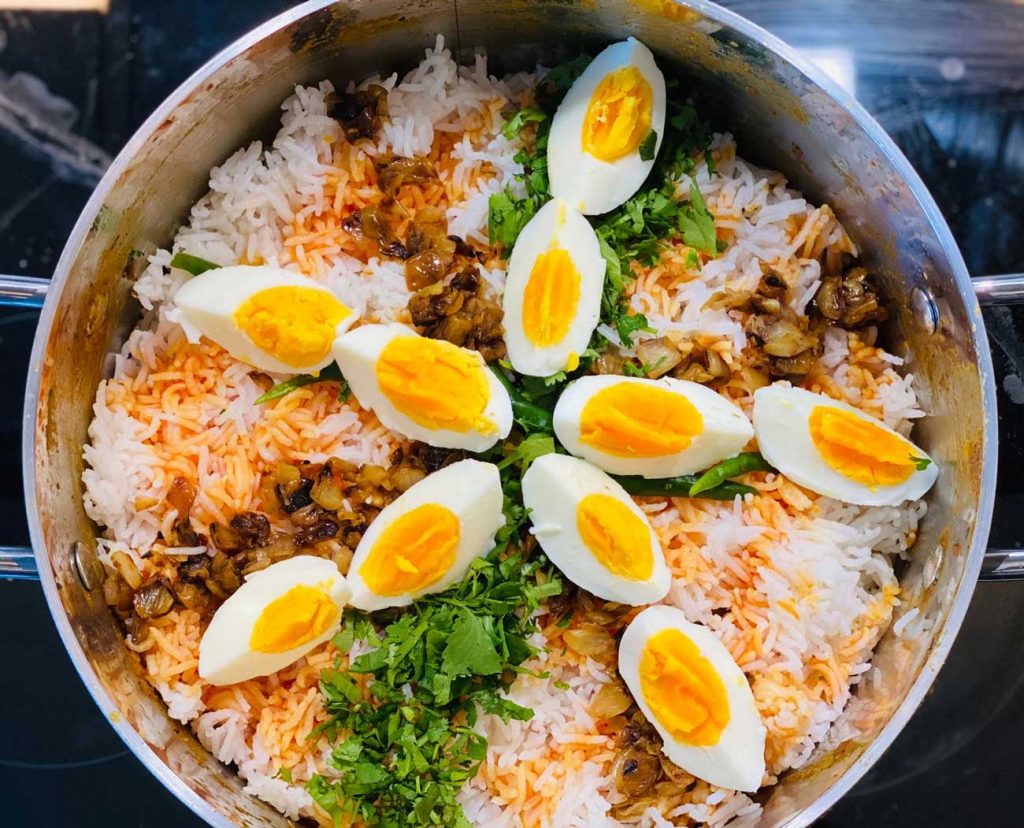 Biryani is a celebration of all that is great about food – the aromas, the vibrant colours, the fluffy rice, and those addictive curry flavours.

This classic Pakistani Lamb Biryani by Instagram food blogger Mr Chef A consists of layering a flavoursome curry with rich fragrant rice. Here’s a link to the full recipe. We had some biryanis in our time, but by the end of Kahani’s, we were unanimous in it having set a new benchmark. To be honest, however, unless you can’t take your heat, you won’t really need either, such is the judgement of the chef in the balance achieved.

If you’re going to come to Kahani for one dish and one dish alone, especially if you’re after a good biryani, then this… is… it! The anticipation of cutting across the top of a large dum biryani, with a perfectly baked bronze pastry dome shining for all its worth, is almost unparalleled when it comes to South Asian dishes. This Purani Delhi Ki Gosht Biryani by Kanishka’s 2-Michelin star chef, Atul Kochhar, was no exception, particularly after lifting the pastry top and being met by a waft of the most decadent aromatic spices imaginable.

This biryani was also accompanied by a fairly small, yet exquisite bowl of burani raita – a thick yogurt with a hint of sweetness to it, which you might require more of to dampen those bold masala spices.

Given the high standards, some of us, while agreeing that this was easily above average, were perhaps expecting something more. 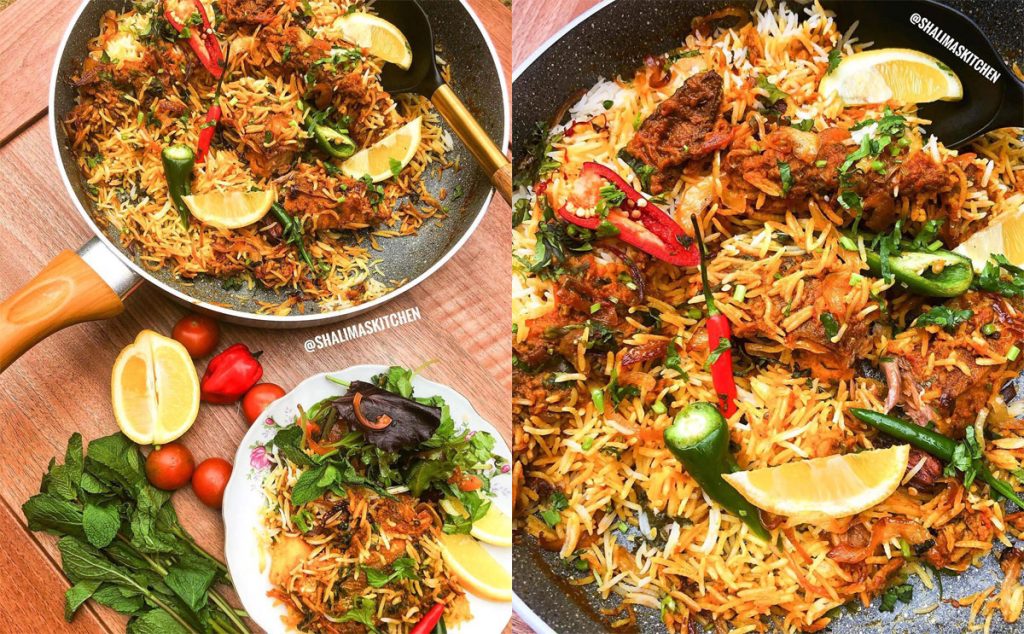 This delicious Salmon Fish Biryani was recently published during Ramadan by another Instagram blogger, Shalima’s Kitchen, along with an IGTV video of her making it step-by-step. You can access the full recipe here. Who would have doubted this Malabar Lamb Biryani by Michelin star restaurant Quilon? An absolute triumph in every aspect, with spices layered so skilfully that the heat came through in progressive waves, though without ever being harsh in nature.

Not only was the rice aromatic, fluffy and straight-grained, but also contained fried onions, which added a touch of texture, as well as some smoky-sweetness. There’s biryani, and then there’s biryanis, but above the many we’ve reviewed over the years, there’s Patri’s Thumka Biryani!

The fragrance of the aroma emanating therefrom was on another level! But it was the clever impartment of smokiness, no doubt achieved by the “jerk” style of cooking (according to the menu ‘Thumka’ actually means jerk, with this biryani being made “fast and furious… at high flame”), which really caught our attention.

And perhaps it’s this rapid cooking process that accounts for the fantastic spices coming through so perceptibly and harmoniously, which included the warmth of the garam masala.

Hence, while this biryani had an intriguing gentle sweet aftertaste, which included the crispy fried onions sprinkled on top, it was the moistness of the flavoured rice alongside the tender segments of chicken, which made this the total package of biryanis. 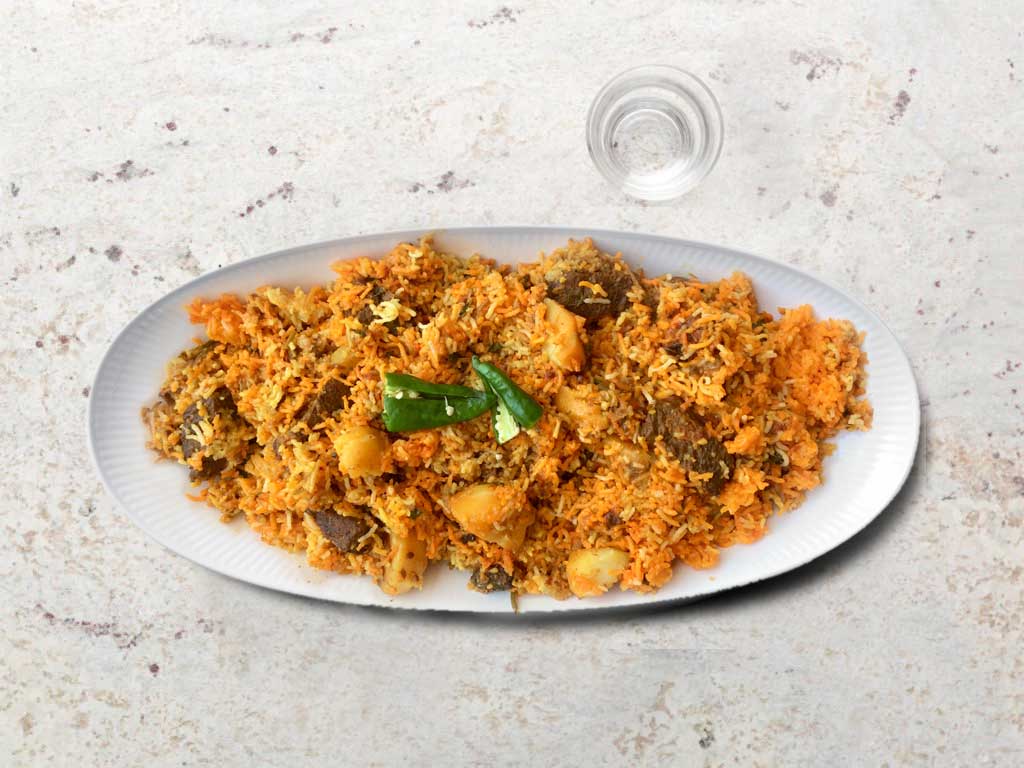 And finally, Just Another Foody published this fantastic looking Spipcy Beef Biryani platter. And while this may have a lot of ingredients, the way in which this food blogger has broken down the procedure, even we could follow it! Here’s here step-by-step recipe.

Restaurants extending Eat Out To H... 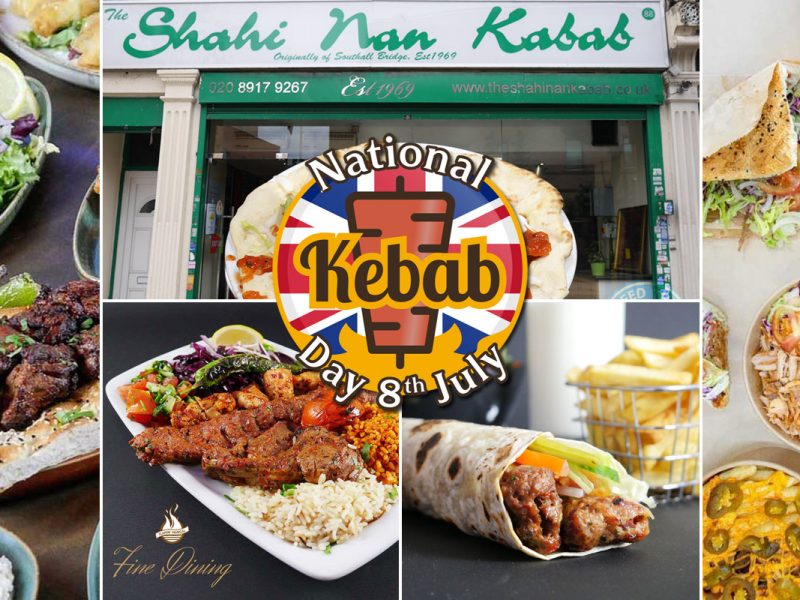 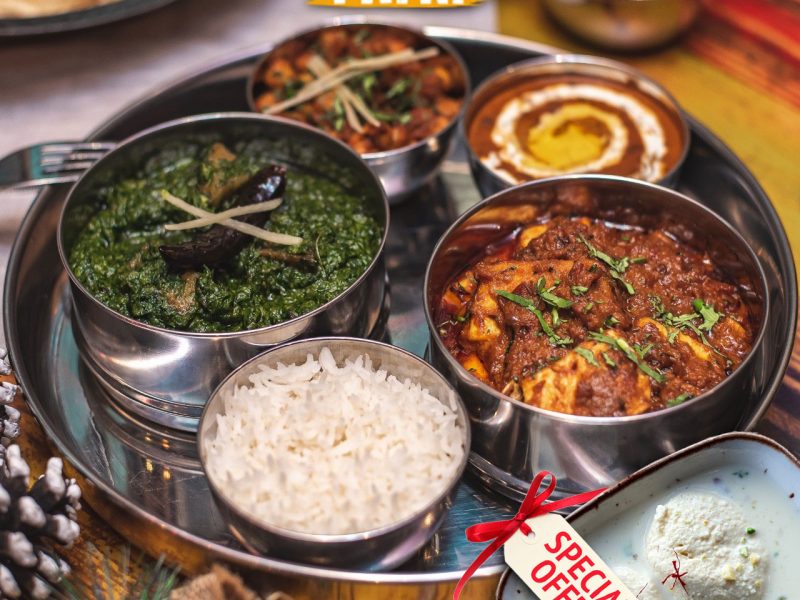 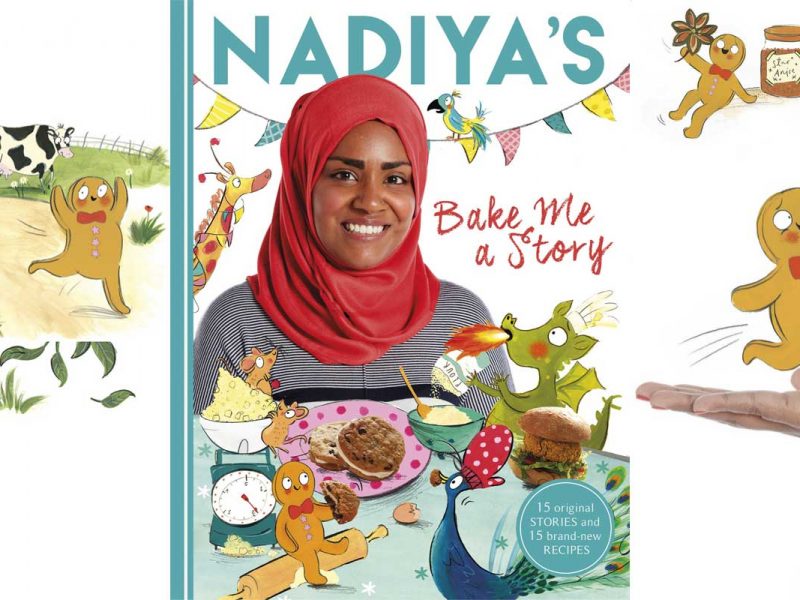